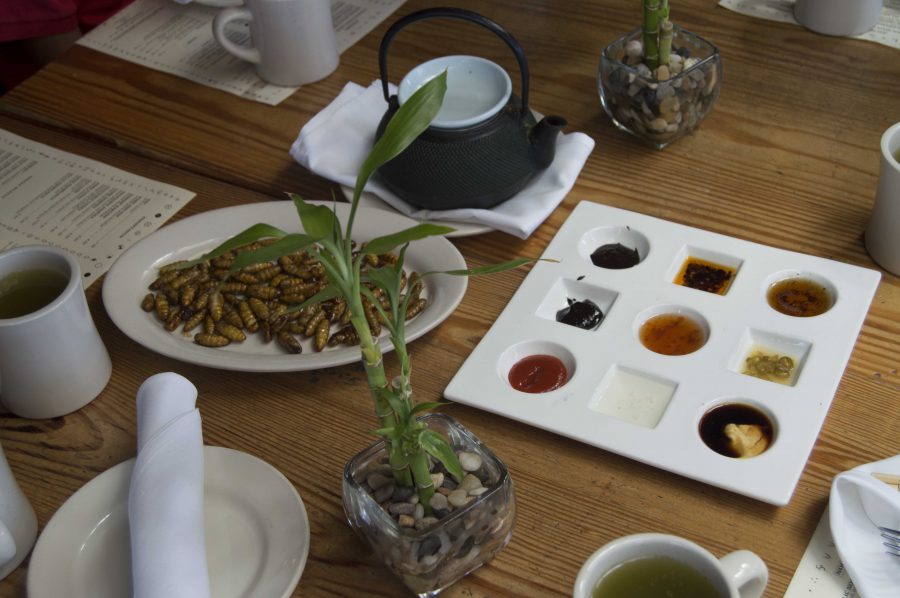 The arrangement of silkworms and the nine different sauces offered by Typhoon Kitchen.

Whey, protein shakes, and protein bars — that’s what some students at Clark are talking about. However, there is a team of five students that have found a better alternative protein source: crickets.

The “Cricket Cuddlers” are a group of students in Dominique Evans-Bye’s Environmental GIS class who are working to win the Lexus Eco Challenge. These students are trying to increase the biodiversity in the human diet by introducing crickets as an alternative protein source.

Cynthia Shamerzian, a senior on the team, said that this will be an interesting project and definitely a winner because no other team has done this before. “Other teams usually focus on finding ways to prevent pollution, but that is too mainstream,” Shamerzian said. “Our project is original and could really help the human diet and the environment.”

Manuk Boyadzhyan, the social media accounts manager of the team, said that he sees benefits in the work the group is doing. “Our objective is very thoughtful of the world’s future,” Boyadzhyan said. “Insects are a neglected source of food in our diets. They offer more protein than other meat sources such as chicken or beef and require less resources to produce them.”

More than 80 percent of the world eat insects regularly. “Some people eat insects without even knowing it; for example, the red dye found in Skittles is made out of an Amazonian insect,” said Sipan Nazaryan, a senior in the team. “Westernized culture is accustomed to disassociating the food with the animal.” Nazaryan said. “When you eat chicken tenders you do not visualize yourself eating a dead chicken. However when it comes to insects, you actually see the insect which is most probably why one might get disgusted and not eat them at all.”

There are many ways one could incorporate crickets in their diet. “I am not telling you to go find a cricket on the floor and eat it,” Nazaryan said.  “All I am saying is that instead of relying the protein source to come from a cow, try drinking a Cricket Protein Shake from Wayback Burgers, or an Exoprotein Cricket Bar, or simply bake your own cricket cookies.”

That is exactly what the Cricket Cuddlers, along with the Roosevelt “Cricketeers” did. The Clark and Roosevelt teams met at Roosevelt after school on Sept. 21 and baked cricket cookies using Bitty Cricket Flour. “It is flour made out of finely grinded crickets,” Shamerzian said. “You do not even taste or see the crickets when eating the cookies.”

The Cricket Cuddlers brought some of the baked cookies to Clark the next day and shared them with classmates and faculty. “The teachers’ reactions were priceless,” said Fatma Abdelrahman, a team member. “Many found it to taste like any other ordinary cookie.”

Besides seeing the teachers’ reactions, the Cricket Cuddlers along with Roosevelt and other Clark students took a trip to Santa Monica, to taste insects at Typhoon Restaurant, a pan-Asian cuisine that has several insect dishes on their menu.

The students tasted a variety of dishes, such as the Singapore-Style Scorpions, the Taiwanese Crickets and the Silk-Worm Pupae. “I never expected insects to be so nutritious,” said David Ghukasyan, project manager of the Baro Busters, the fish oriented team. “I really wished I went on the trip.”

The students stopped by at Wayback Burgers to taste the Oreo Cricket Milkshake. “It tasted just like any other ordinary Oreo milkshake,” Shamerzian said. “Every time you would drink an ice piece or an oreo piece you would think it was a cricket, but it thankfully wasn’t. The milkshake, just like the cookies, are made from the Bitty Cricket flour, so there are no solid crickets involved,” she said.

The Cricket Cuddlers will soon submit their completed project, along with research, photos, videos and website. Sipan Nazaryan said that the team will further investigate the benefits of crickets as a protein source. The team will soon take a trip to a laboratory to receive a chemical analysis on the benefits on cricket-based foods compared to cafeteria foods.

Click here for the story about The Cricket Busters (combination of Cricket Cuddlers and Barobusters) winning the Lexus Eco Challenge.

Click here for the story about The Cricket Busters winning  the Air/Climate Eco Challenge. 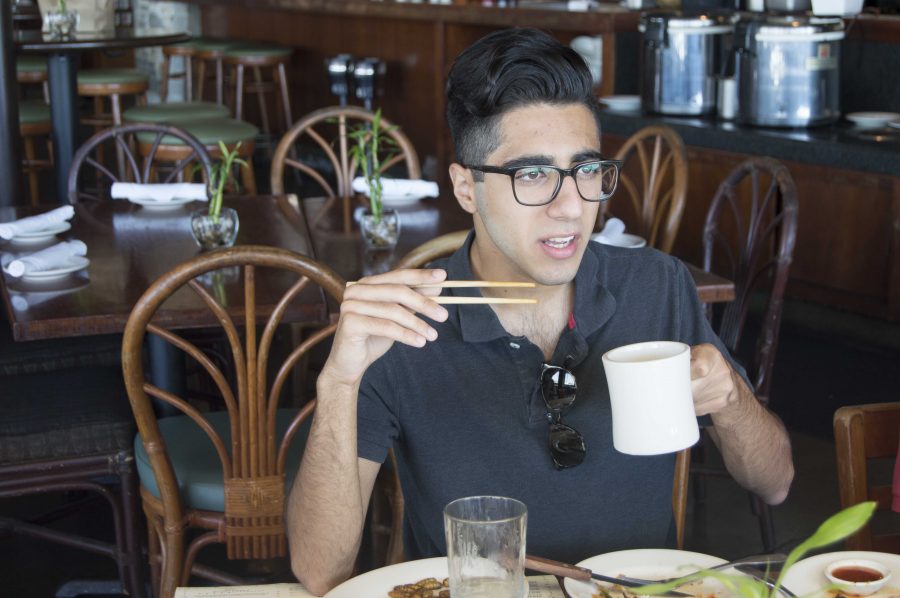