Runners trounce through mud at the Gladiator Rock’n Run

"Mud runs" and other themed athletic events provide a unique experience for participants. 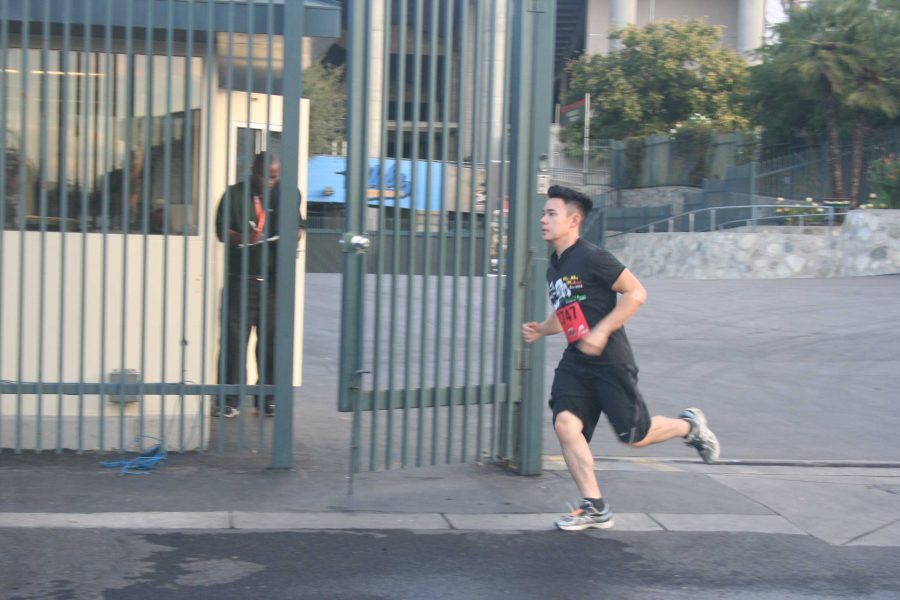 PUSHING PAST THE PAIN: Senior Luis Sy darts past a security guard after completing the “Quads of the Gods” obstacle inside the Rose Bowl Stadium. Sy was tasked with sprinting up and down the bleachers of the stadium and doing squat jumps onto and off the steps before he could advance to the next obstacle.

“Legends have walked where you now stand,” said Dan “Nitro” Clark as I stood in the crowd of 2500 runners ready to cross the starting line of the fourth annual Gladiator Rock’n Run held last October at the Rose Bowl in Pasadena. “Five Super Bowls and thousands of great events were held here, but today, this stadium is yours.”

With our time chips tied to our shoes, our numbers pinned to our shirts, and our hearts pounding with excitement, we were ready. A loud horn sounded as I crossed the starting line into the next hour and a half of running through mud and obstacles.

The Gladiator Rock’n Run is one of many non-traditional running events that have risen in popularity over the last few years. The mud-heavy event created by Clark, best known for his role in the game show American Gladiators, features a 5, 6 and 10 kilometer race with numerous obstacles, and is held in major cities across the United States.

The Gladiator Rock’n Run held at the Rose Bowl featured obstacles and challenges unique to the terrain and location of the race. After running a few yards, my first challenge was called “Quads of the Gods,” where I sprinted through the players’ tunnel and charged up and down the bleachers of the Rose Bowl stadium.

“I feel like Rocky Balboa,” said one of the runners in front of me as we stormed up and down the bleachers. “I’m gonna feel the burn tomorrow morning,” he added as the muscles in my own legs grew more sore with each step.

Sprinting out of the stadium, I ran around the corner and waded into a shallow pool of cold mud. Crawling on my elbows and knees through a narrow concrete tube full of the sludge, I emerged on the other side drenched in the fresh wet dirt that had already begun to weigh down each step.

After running down a long stretch of road drenched in mud, I started the next obstacle by jumping off a bale of straw and swinging through monkey bars. Hands burning from the friction of metal and mud, I ran down the track of the Rose Bowl and followed the trail that led into the woods behind the stadium. Trudging up the rocky hill along a narrow path, I passed a lane of runners coming down. Squinting and breathing through the plume of dust in my face from the runners before me, I crawled up the long rocky path to the top of the hill, slowing down behind the large group of participants trudging along as well.

There were no ugly sweaters on this warm day as I climbed to the top of the rocky hill, where I completed 25 burpees using two cinder blocks before hoisting a tire on my shoulders and doing lunges around a 30 yard circuit. Shaking and out of breath, I threw the tire off my shoulders and continued on the last long stretch of the run before the cluster of obstacles that lay close to the finish line, where a large number of participants were finishing their own races.

The first of these final obstacles was a row of 30-foot logs, where I quickly joined a group of five to complete the obstacle with. Lifting the heavy log up, we nestled the large burden onto our shoulders and carried it down a path, around a cone, and back. After dropping the log and briefly massaging the pain on my shoulder, I ran to the next obstacle: the “Nightmare Mystery Obstacle.”

This obstacle wasn’t as bad as it sounds. I lay on my back on a mat full of mud and pulled on a rope above my head that dragged myself through the mud as ice-cold water was splashed onto my face. As I emerged from the mud, the hardest obstacle in the entire event stood before me.

Appropriately called “The Beast,” this obstacle featured a tilted wall with ropes dangling from the top. The real challenge was the fact that the wall was coated with a thin layer of mud, and the ropes were slippery as well. As everyone next to me slipped and along the surface, I struggled to pull myself up the slippery rope to the other runners at the top who helped pull me over the wall. After climbing down this wall, up a cargo net wall, and down again, I triumphantly stepped past the finish line completing my race, exhausted, sore, and relieved.

Completing non-traditional themed races such as the Rock’n Run appeals to a wide variety of audiences, most of whom are inexperienced runners. According to Running USA, about 60% of Color Run entrants have never even run a 5k, and most are brand new runners who wouldn’t have signed up for their typical marathon.

I too would never have signed up for a typical marathon. However, themed races like the Gladiator Rock’n Run seemed more appealing to me than the typical marathon, and after I completed my first Rock’n Run two years ago, I knew I had to come back. As I passed the finish line, volunteers placed my hard-earned medal over my head and removed the timing chip from my shoe. My muscles cramped with every step as I limped my way over to the grassy field to do some stretches before making my way to the giant shower tent. I huddled together with 19 other muddy exhausted runners as the mud was sprayed and hosed away. In the line for the shower tent, I couldn’t help but notice all the muddy participants striking a pose and taking selfies with their friends.

The exponential growth in the popularity and appeal of themed non-traditional races can be attributed to its social network factor. Participants covered in mud or color and dressed in outlandish costumes often post pictures of themselves at these races on their social networks. By doing so, they publicize these races and garner interest in them from their friends. Seeing their friends going through and overcoming an obstacle makes novice runners want to try running obstacle and themed races for themselves, as they look forward to particular obstacles and experiences.

“I was really looking forward to the Polar Bear Plunge,” said Alberto Lopez, who was one of the runners I finished with who also helped me climb over The Beast. “They didn’t have it, which was a big bummer because that was the worst thing I’ve ever had in my life.” Lopez has been running mud runs since 2004, and was running in his third Gladiator Rock’n Run.

I was really looking forward to the Polar Bear Plunge”

According to Lopez, the best way to prepare for a run like this is buy good shoes, and of course, to work on cardio exercises. Lopez runs with A Runners Circle on Los Feliz Blvd. and says he looks forward to participating again next year. “Definitely buy really good shoes, go to a good store around your neighborhood, and make sure they fit you for it,” he said. “And then maybe join a group, start from whatever pace you can, start from the bottom and then work your way to the top.”

Non-traditional and themed races also tend to offer group discounts and promotions on websites such as Groupon, further enhancing their appeal among both new runners and experienced runners alike.

One of the runners who helped me carry the 30-foot log, Robert Aguirre, was was running in his first Gladiator Rock’n Run, although he has run in many other mud runs in the past. “I’ve seen it on Groupon before, but I didn’t try it out last year,” Aguirre said. “This year I saw the early bird deal on Facebook and I decided to try it out.” Aguirre has competed in other races, including all three types of Spartan Races. For him, the biggest challenge in the Gladiator Rock’n Run was The Beast. “The rope is so thin and muddy, you have very little grip on it,” he said as we watched a runner slip once again on her fourth attempt to climb over the wall. “See how she just slipped right now? The first thing you gotta do is get your arm over, and then it’s just a basic pull up.”

Although Aguirre was exhausted from the run, he was looking forward to running another run, the Tough Mudder, the very next day. “If cardio isn’t your thing, start with a few laps and then slowly increase it to a mile and a half to two miles,” he said. “Practice with lots of pull ups, try to hit 10 consecutively and then do a few sets of those and it’ll be easier from there.”

As I walked around the event eating the free beef jerky, bananas and Nesquik they offered to tired runners, I passed by the timing board, where I discovered that I finished 10th in my age group. Impressed with myself, I went back for more beef jerky to celebrate. 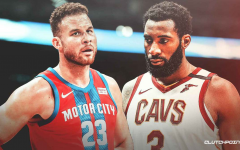 Teams should be allowed to buyout all-star players 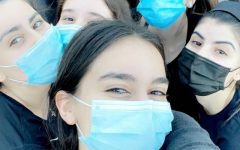 Sports and on-campus workouts have been pushed to February 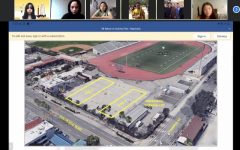 GUSD arranges for student athletes to go back to conditioning 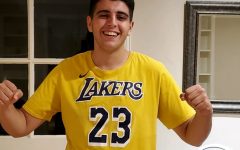 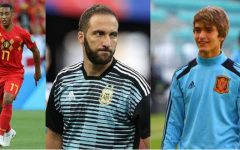