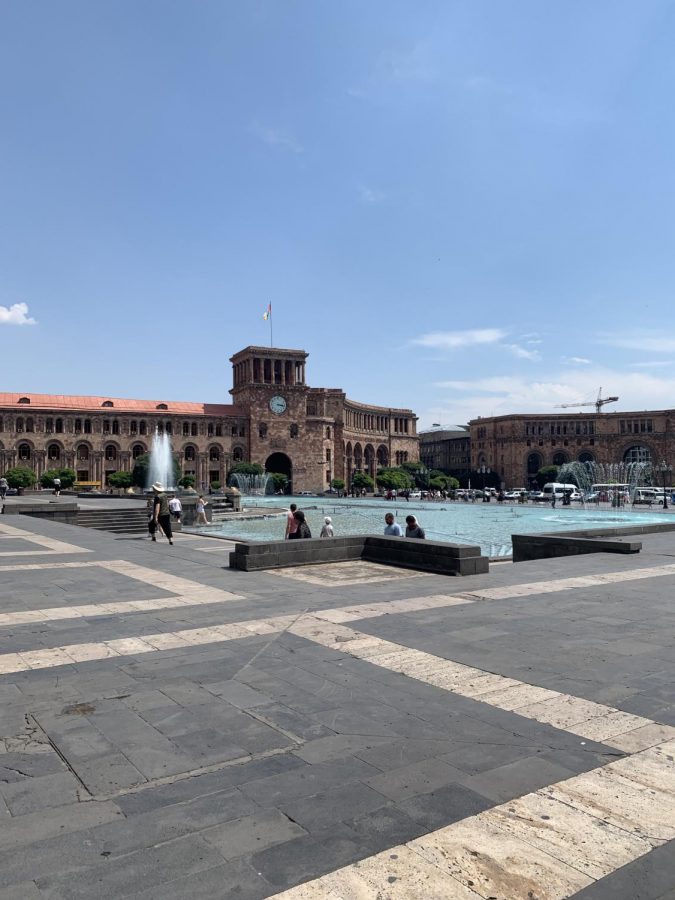 Hrabarag is a very popular tourist attraction in the epicenter of Yerevan Armenia.

Last summer, I had the most amazing experience to travel 15 hours across the world and into a country not only pleasing to the eye but satisfying to the stomach. Walking off that plane, I could never forget the satisfaction of being in my homeland.

While I had the opportunity to only be in Armenia for two weeks as part of my scouting troop’s semi-annual trip, others have lived in Armenia all their lives and most recently came to America.

I was in Armenia with AGBU-AYA scouts, Troop 807, which is based in Pasadena. Every four years, the troop makes a trip to Armenia, and during the summer of 2019, I was old enough to go. The trip itself takes months to plan, so I was excited that my troop was going again this year.

Sophomore Serineh Hayrapetyan had lived in Armenia all of her life up until the sixth grade. She did not attend the trip, but she remembers Armenia well. “Sure, I miss my life and my large, extended family back in Armenia, but coming to America was a great decision,” Hayrapetyan said. “I have so many more friends, but I miss it. It was my home, and living there my whole life, just to abruptly leave, was really hard.”

Being in Armenia for two weeks, I was lucky to see two sides of the country, both just as beautiful. I saw the bustling city of Yerevan, filled with young children running in ‘Hrabarag,’ the place filled with a beautiful fountain, an ice cream stand in the corner and just a block away, a shopping center, filled with Tashir pizza, a restaurant that is almost as iconic as the flag itself.

As you walk into the restaurant, you smell bell peppers, tomatoes and freshly made cheese. It smells like home.

The market is very different: it has tents and canopies filled with various souvenir items such as keychains and bucket hats, but also more expensive and valued items as well. Some of the more expensive items included churches made from jade, carpets made from the hands of sleepless women, and blades made from hand-pounded iron by the blacksmiths.

The second side of Armenia was not as bustling, but most definitely beautiful. Being at a campsite in the Lermontovo region, I saw the rolling hills that resembled those in The Sound of Music. The campsite was filled with green grass and special breed cows.

Just up north was the beautiful city of Tiblish, where one of the most iconic Armenian writers, Hovhannes Toumanian was born and raised.

The quiet side of Armenia was a great way for me to self-reflect. That was the summer before high school, and I had a lot on my mind. There was something about being in the mountains without cell phone service. Not having cell phone service made me realize the true beauty in the vast forest in which we were camping.

Upon the visit to Tiblish , we returned back to the campsite and met the incoming scouts from Lebanon. Little did I know they would become some of my closest friends. Even now, I speak to them almost every day, and I miss them a little less because of this communication.

With the friends that I had gone with, we pulled all-nighters, watched Mean Girls in our small room, and did face masks to soothe our skin from the humidity and heat from sight-seeing all day.

One of my close friends who accompanied me on the trip, Michelle Simonian said, “Going to Armenia was one of the best decisions of my life. It was a once in a lifetime opportunity, and I wouldn’t miss it for the world.”

Another one of my peers, Lori Astourian, said, “ I miss it so much. We made so many friendships that I hold in my heart forever. The trip was an amazing way for me to connect with my homeland.”

We became much closer from spending so much time together. Constant laughter filled our room. It was as if we were a family.

Freshman Vahagn Nazaryan came to the U.S. from Armenia two years ago, and even though he hasn’t gone back to visit since he came to the U.S., he said he still maintains close connections to Armenia. “Leaving was probably the hardest part. I grew up with my cousins, my aunts, uncles and even grandparents.” Being halfway across the world from them doesn’t make it any easier. However, you get used to it as you start the countless FaceTime calls and Viber. The language barrier was hard at first, but after, the teachers were so helpful and they made me feel comfortable.”

Armenia is filled with old churches that have been standing on the same land for centuries. Some of the churches like Garni, Geghard, Noravank and Echmiadzin have an area where people can place candles and pray.

Every restaurant smelled like your grandmother’s kitchen. Fresh bread is baked in the glass-walled tonir, and brought to your table with oil and vinegar. Just like Sunday kebab barbeques.

Visiting all the landmarks I had only read in my old Armenian history textbooks really did make me feel like I was walking in history. All the old churches and landmarks made me realize I was walking on the ground that my ancestors had walked upon.

It was comforting in a way. It was my very first time seeing those landmarks in front of me. The ancient churches from centuries ago, and how they still stood despite being shot and bombed countless times in countless battles for freedom.

Armenia is filled with history. Although it is a small country, it holds strength in the stories told by our ancestors, it boasts landmarks as evidence of that strength, and it holds strong through its  diaspora which strives to protect its heritage.

“I love Armenia and I can’t wait to visit again,” Hayrapetyan said. 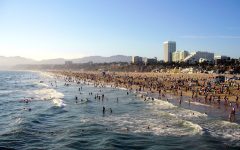 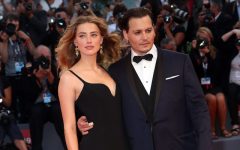 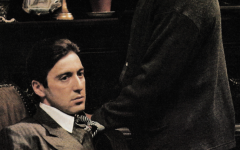 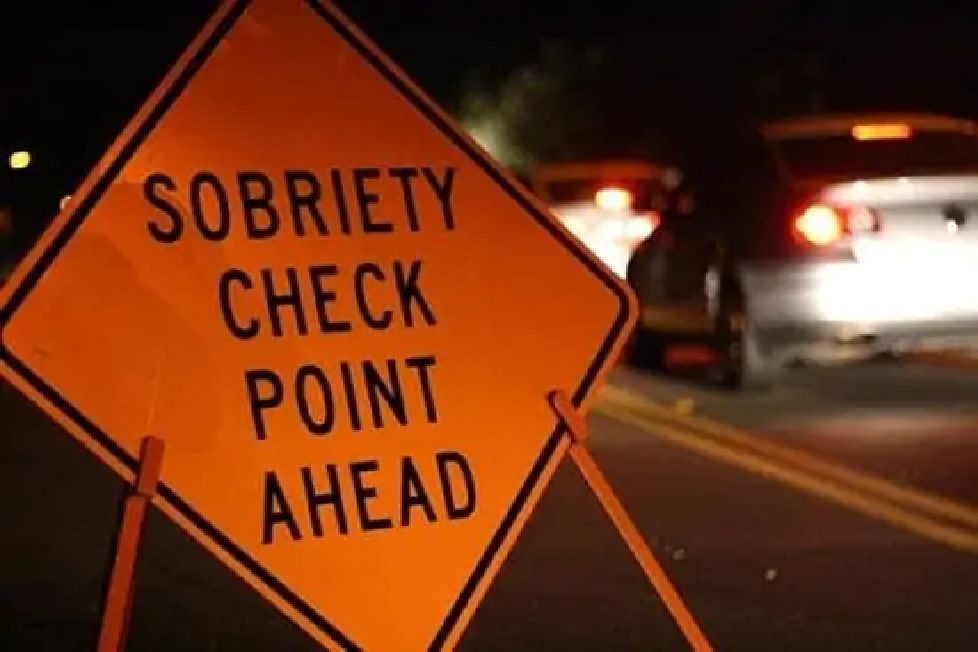 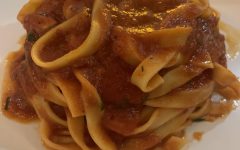 Pasta Sister’s serves up a taste of Italy