Competing for the top 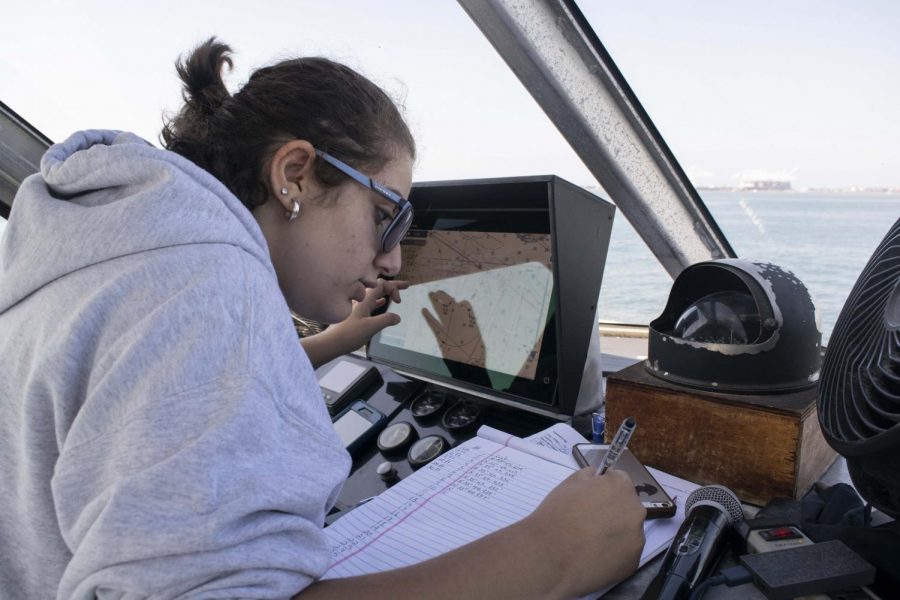 Sometimes things don’t always go as planned, and maybe backup plans don’t work either, but it teaches students to persevere. This was the case for Dominique Evans-Bye’s Environmental GIS class which is competing in the The Land & Water Challenge. When one trip to the Los Angeles Harbor went awry, the team regrouped and planned their next venture out to gather sediment samples to test the the level of heavy metals like mercury or lead.

The Lexus Eco Challenge was started in 2006 for student-made teams to tackle environmental issues relating to land, water, air and climate. The challenge is divided into three main parts: The Land & Water Challenge, The Air & Climate Challenge, and The Final Challenge (which our team must be invited to by winning one of the earlier challenges).

The competition gets students involved with project-based learning, teamwork and skill building to identify an environmental issue that affects our community and  come up with a solution to the problem. Teams are made of five to ten students with a teacher/adviser to look at solutions to help our community. Students also have the chance to compete for scholarships and grants.

We report our results in the form of an action plan which displays our topic, the actions we take to address the issue, the team members and their jobs, and how we brought attention to the issue.

On Sept. 13 we arrived at Clark by 6 a.m. to head out to the Los Angeles Harbor in Long Beach, but a key component to the success of our project was missing. Kurt Lieber of the Ocean Defenders Alliance took us out on the LegaSea to gather sediment samples. However, we were missing the van veen grab which had been ordered prior to the trip, so we tried to improvise by using a rope, bucket and a set of weights.

Just about anything that could’ve gone wrong, went wrong. The makeshift van veen grab hadn’t worked and the bucket had been torn from the rope. We left the loose end of the rope trailing in the water and it ended up getting caught in the left propeller of the boat. Evans-Bye had to change into her dive suit and free the rope from the propeller, so our early morning voyage turned into a day for R.O.V. training for some students.

“I felt like they were problems that weren’t the end of the world because we scheduled our second field trip soon after, and if they slowed us down, it was very minimal,” Mgrtichian said. “I would say say that we handled the problems extremely well because out of the 20 samples we wanted, we got 17 which is a good majority and we also took them to get tested on the same day.”

Our day definitely didn’t go as we would’ve liked, but it was a wakeup call, and we ended up learning that someone could have as many plans as possible, and still, something could go wrong. We were given an unexpected but important lesson in perseverance. “This is what real research looks like. Thing don’t go as planned. Even though we had contingency plans for contingency plans, sometimes it’s not enough,” Evans-Bye said. “The kids are handling it really well and they’re just not giving up. They’re coming up with new dates to come back.”

On Sept. 19, the students returned to the Los Angeles Harbor, but were more shorthanded than they had been on the prior trip. This time only five students of the eight-person team was available to collect samples. While three students missing may not seem like a huge issue, it created a few problems for the team, and some of the team ended up having to take on two jobs.

The successful trip out to the harbor ended up with Emily Woods and I being drenched from head to toe in dirty sea water and mud. It was a great new hands-on work experience for us after we were taught how to use the van veen grab. Together, we secured 17 sediment samples and returned to the harbor.

After we returned to the harbor, we went to Cal State University Long Beach to run tests at the Institute for Integrated Research i

n Materials, Environments and Society (IIRMES) Lab. Unfortunately, we were unable to test all the samples we took, but the staff who worked at the lab, finished up running the samples for us.

The class of 2006-07 had also tested for heavy metals in the same area and found that nearly every metal exceeded safety limits for marine sediments with mercury and lead being the highest. When the results from the lab came back, we noticed that certain metals were below the Permissible Exposure Limit and lower than they had been in 2007, but copper and zinc were a lot higher in some areas than others. This year we also discovered arsenic in the area which had previously been untraceable.

“I thought it was a great experience to collect our own data and do our own fieldwork. It was definitely a new experience and hopefully our project was good enough that we can win,” Woods said. “I’m also very excited about the opportunity for us to present our work and ideas, as well as to represent our school and the Environmental GIS program.”

The team was invited to speak at a conference about the project in Redlands at the Esri Ocean GIS Forum on Nov. 7. Our presentation was broadcast live to the California Department of Education as we spoke about the project. “It was pretty cool and nerve wracking at the same time to professionally present our project,” Kim said. “But it was a great experience to professionally present the work we did as a team.”