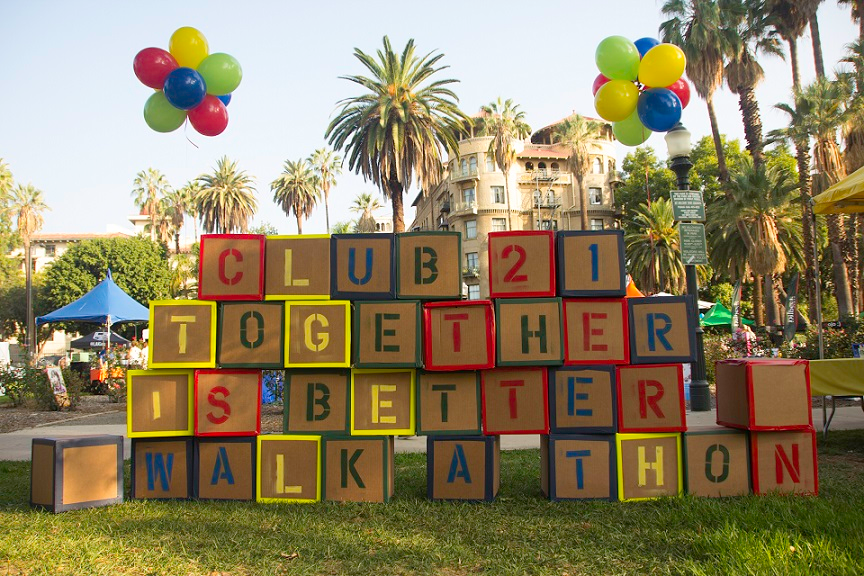 The welcoming entrance sign to the Walk-a-Thon constructed of cardboard letter blocks. (Courtesy of Club 21)

The welcoming entrance sign to the Walk-a-Thon constructed of cardboard letter blocks.

At 9:30 a.m., the sun’s blistering heat already warmed the multitude of enthusiastic volunteers preparing crafts booths, game tents, and face-painting stations in the midst of Pasadena’s Central Park. Clusters of colorful balloons lined the park’s sidewalks which were overflowing with eager participants fervently awaiting to kick off the eleventh annual Together is Better Walk-a-Thon on Oct. 20, myself being one of them.

My friend and I hustled past the massive banner titled “Start Here” and proceeded to search for the sign-in table which was conveniently surrounded by an adolescent powerhouse of doughnuts and coffee. I flung on this year’s mint-green volunteer shirt, which distinguished me from the plethora of visitors filing into the park, and I smacked on the adhesive badge proclaiming my name and assigned activity. 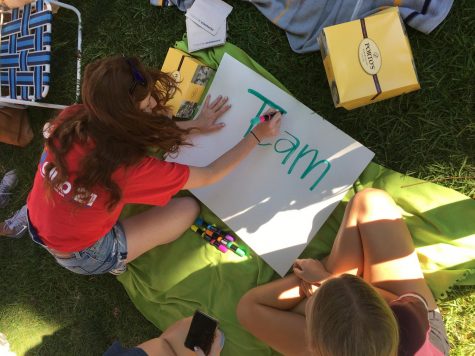 Victoria Bochniak
Putting together our team poster for Julia.

The Together is Better Walk-a-Thon is brought forth by an organization named Club 21— a learning and resource center for individuals with Down Syndrome which supports and advocates a society where these individuals are fully incorporated. Down Syndrome, also referred to as Trisomy 21, is a chromosomal condition that occurs when a person has an extra partial or full copy of the 21st chromosome. Because it is a random occurrence in nature and can happen to people of all races or economic levels, Club 21 focuses on empowering affected individuals and families by providing the necessary educational tools and resources, such as learning programs like Every Child a Reader project and workshops for siblings named Sibshops. The organization hosts its annual Together is Better Walk-a-Thon for friends and families to celebrate individuals with Down Syndrome and their accomplishments, as well as to fundraise for the sustainment of their educational programs.

There was no doubt that I, too, came here to support a young, seven-year-old individual named Julia, who has been a member of Club 21 for six years. Through a collaborative effort in the shade of one of the park’s lofty oaks, our group created a poster dubbed “Team Julia” which we gifted to her to utilize during the walk.

As 10 a.m. approached, the volunteer coordinators summoned all the volunteers to an overall group meeting. Volunteers gathered from every corner of the park, from Girl Scouts to high school community clubs, with each teenager dividing respectively into their assigned booth for an orientation. “We have over 100 high school student volunteers, to which we are very grateful because this Walk-a-Thon would not be possible without them,” said Volunteer Manager Ali Everett. “This opportunity amplifies Club 21 and all the work volunteers put into it.” 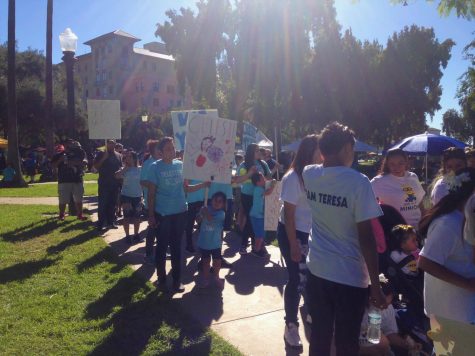 Victoria Bochniak
Team members exit the park to participate in the Walk-a-Thon.

Each year, she and a panel of other managers coordinate volunteer duties weeks prior to the Walk to allow for every volunteer to take an active role during the event.

My name tag placed me in the Frisbee Spin-Art booth, where together with four other volunteers, we set up the antiquated spin-art machine, doused in dried, cracking paint from past years and displayed the myriad of colorful frisbees available to paint from the tattered cardboard boxes waiting all year to be opened once again.

Meanwhile, in the front of the park, gleeful families and energetic supporters stood amongst the array of visitors waiting for the host to commence the Walk-a-Thon. With a single slice of the red ribbon, Nancy Litteken, Club 21’s executive director, led the Walk with the lengthy parade of teams behind her.

Although the Walk is just a short path around Central Park, it has a monumental significance to all those who have Down Syndrome and their achievements thus far. “Club 21 connects families together and has given my family a community of supportive people who understand and accept individuals with Down Syndrome,” said Natalia Piotrowski, Julia’s older sister. “More importantly, Club 21 has given my sister a safe place to be herself with zero outside judgement.”

Within minutes, teams big and small spilled out into the streets with guests bearing decorated posters and bright-colored banners with team names such as Amazing Grace, Down with Josh, Walk with Faith and my personal favorite, Team Julia. As the teams strolled back to the park under the “Finish Here” banner, visitors dispersed throughout the park to picnic in the shade and participate in the countless crafts and games. 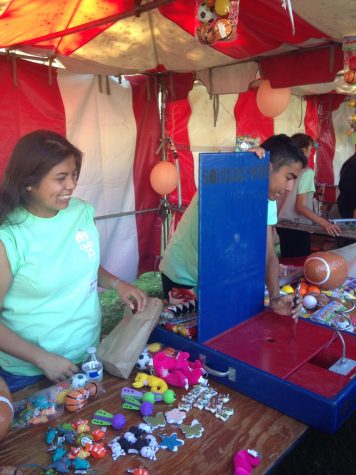 “This is our biggest fundraiser of the year and all the money goes to support our 18 programs that provide educational tools and resources to enable kids with Down Syndrome to be fully included in homes, schools and communities,” said Club 21 Development Coordinator Joan McLaughlin. “Around 2,500 people come to celebrate children with Down Syndrome, their parents, teachers and many others.” Additionally, with over 124 teams attending this year’s Walk-a-Thon, the organization was able to raise an impressive $244,875 through generous donations from sponsors, surpassing their goal of $200,000.

The rest of the day’s festivities consisted of various activities for children and their families that were available after purchasing either an unlimited activity wristband or an activity punch card. Children could indulge in everything from tie-dye shirt making to pumpkin decorating or fulfill their fantasies by posing and speaking with their favorite superhero. A highlight amongst the others was the general Club 21 raffle which offered prizes such as a trip to Disneyland and a hammock.

“I enjoy volunteering because I have a cousin with Down Syndrome and it seemed like a nice way to help the community, especially that every year I learn something I didn’t know before,” said Immaculate Heart Middle School eighth-grader Luna Molina, a volunteer at the event.

Managing a booth was no simple feat however, with volunteers having the cumbersome responsibility of overseeing chaotic lines. Unfortunately, we grasped that concept only after the spin machine overheated causing a slight disruption among the spin artists working at the station. However, in no due time, children resumed spraying the colorful paint in spiral patterns on the plastic discs. 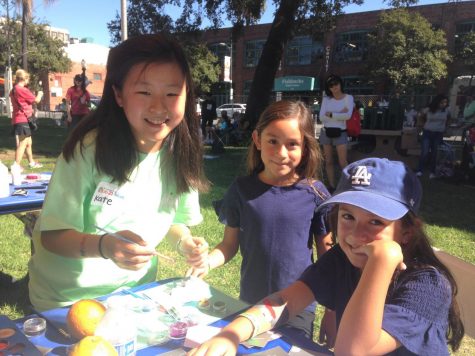 Victoria Bochniak
Volunteers ranged in all ages, from 13 and up, and arrived from cities nearby to assist with the Walk-a-Thon.

As the festivities concluded and the music died down at around 1 p.m., I began packing up the booth’s decorations and paint before stacking the carton among the tens of other craft boxes that served their purpose for the year.

“Altogether, I think this is a good way to give back to the community in an engaging manner for all because it’s important to increase disability awareness and invite those individuals into our society,” Everett said. 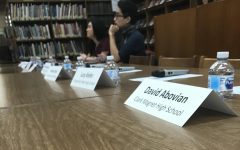 After several years of on-and-off participation in Poetry Out Loud — a competition which introduces the concept of poetry in schools all around the ... 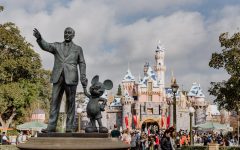 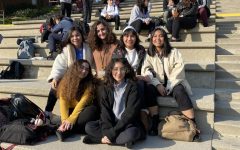 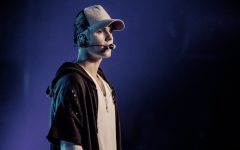 Justin Bieber’s new single: was it really worth the wait? 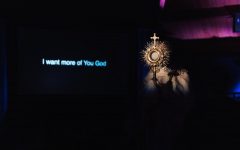 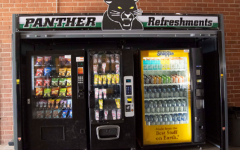 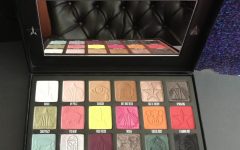 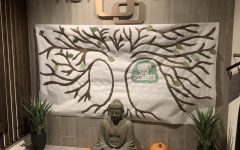 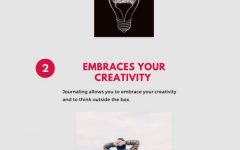