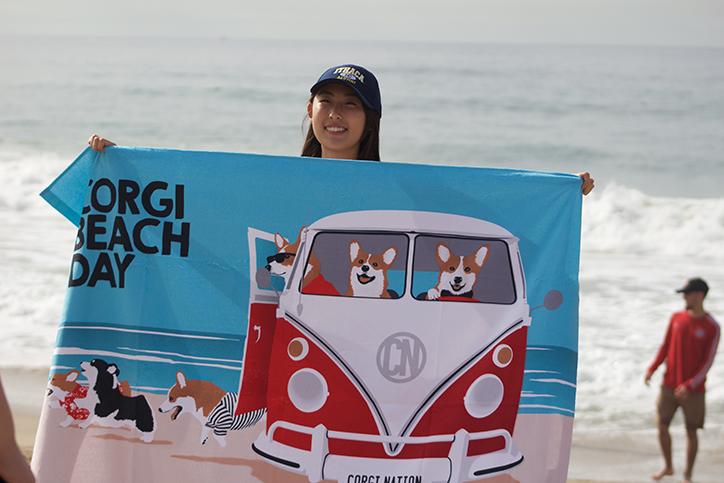 “Will you marry me?” echoed through the speakers. A sharp shrill came from the woman being proposed, to which was her “yes” in response to the big question. Who knew that such a romantic proposal could occur at a dog festival?

On Oct. 25, So Cal Corgi Nation held its seasonal Corgi Beach Day at Huntington Beach in which hundreds of — if not a thousand — Corgis, Corgi lovers and owners gathered to PAWty on the sand. Corgi Beach Day is a day that celebrates mainly Corgis, but all other breeds are welcomed in order to raise awareness on common Corgi illnesses like hip dysplasia.

“The Pembroke Welsh Corgi is prone to a number of serious illnesses not only hip dysplasia but also epilepsy and intervertebral disc disease,” said veterinarian Rebecca Schilling at the Pasadena Humane Society. “I think So Cal Corgi Nation is doing a great job at raising awareness for this breed.”

The event began at 10 a.m. with the sounds and sights of low-riders racing on the beach sand. The event was kicked off with a kissing booth of Corgis dressed in Halloween costumes. I raced towards the booth and awaited to have my first-ever kiss. The kiss was short-lived and like most first kisses, sloppy. I was overwhelmed with excitement and was still trying to recover from the kiss when I decided to visit the rest of the booths.

Those of which included vendors such as bioDOGrable, FriskyCorgis, Bark N’ Borrow, Healthy Spot, Corgi Kingdom, and more.

My favorite vendor hands-down was Bark N’ Borrow because it’s an app for dog lovers to borrow a canine or to dog sit for a period of time in the chance that one may not have the pleasure of owning a dog. One of the representatives, Kristen, said that she uses the app herself because it a fast and easy way to set up puppy playdates and find someone who genuinely cares for dogs to look after her own at an affordable rate. “This is our first year here at Corgi Beach Day and we are all quite thrilled to be a part of the Corgi nation,” she said. “I look forward to seeing more Corgi owners on our app so I can introduce one of these little guys to my dog Pablo.”

After visiting a few vendors, I saw Air Cooper digging frantically in front of the Volkswagen beach buggy sign. It was surprising to see how much the majority of Corgis enjoyed rolling around in the sand to the extent that they had covered their eyes with sand.

Some of the famous Corgis that I spotted were Mr. Pickles (the host), Tobie, Daysie, Gatsby, Zion, Air Cooper, Tofu and Aqua. All were just as cute in person (if not more) as they are via Instagram. “They are so cute and their legs are so small!” said junior Courage Kim, who is a lover of the breed. “I think the cutest Corgi is Gatsby because his smile is the best, it always makes me smile.”

The event first began in fall of 2012 with only 15 dogs. Other Southern California events which seek to promote and support dogs of other breeds include Strut Your Mutt (in Exposition Park, Los Angeles) which fundraises to help animals in shelters and Bulldog Beauty Pageant (in Long Beach) helps promote the wellbeing of Bulldogs.

So Cal Corgi Beach Day has partnered since 2013 with a local Corgi and Corgi mix rescue Queen’s Best Stumpy Dog Rescue (QBSDR), which has helped rescue over 60 dogs since they began in 2013.

So Cal Corgi Nation is proud to donate a portion of their proceeds to QBSDR, helping them to continue to “save low riders, one bark at the time!” This fall, aside from QBSDR, Healthy Spot also partnered up with Corgi Nation to provide organic pet food and supply at the event.They had several doggie stations where man’s best friend could stop by and get a sip of water or chow down on some organic kebble.

My attention was diverted by the Corgis playing on the shore, and I found myself racing down to the shore with another Corgi. The four-legged guy had beaten me (to be expected) and after petting him he joined his brothers and sisters in the waves. Unfortunately, this fella would get swept in by a wave and the owner would have to dive in and save him. It wasn’t until about the fourth time that the dog realized it should be more mindful of the thrashing waves.

As I crouched down on the shoreline, I was attacked by a pack of Corgis all chasing a frisbee. I braced myself for the impact, and at this point I was propped up on my knees as one Corgi ran right in between my legs. Following the attack, a massive wave came hurdling towards me and I was drenched from the knees down.

Over the speakers I could hear the emcee trying to get everyone’s attention. “Hello Corgis and Corgi lovers, It’s time for the Talent Contest! So please sign your Corgis up and make your way down to the stage!”

I followed in hot pursuit right after and placed myself right behind the taped line.

“Well, it looks like we have our contestants everybody,” said the emcee. “Please line up and we will have our first participant start shortly.”

One by one, Corgis and their owners walked up to the designated stage and showcased their doggie skills. One Corgi attempted to walk on its hind legs, the second caught a frisbee, and the third tried “breakdancing” (little twirls).

I enjoyed watching the breakdancing dog because the performance was accompanied by a hip-hop song. The winner the crowd chose was Bungie from Torrance for his spectacular frisbee catching skills and was awarded a gift basket and a trophy.

Around noon, the emcee shouted “Is everyone having a good time?” as the crowd cheered in agreement. “Good, because it’s time for the Howl-ween costume contest!”

One dog wore a Hostess Twinkie costume, another wore a Wonder Woman outfit, and one was dressed as a bumblebee. The winner of the contest was Taco for dressing as the house from Up and his owner sported a Russell costume.

There were two more competitions later in the day — the limbo contest and best momo. My favorite out of all the contests was best momo because it crowned the Corgi with the best butt. The champion was no other than Cookie.

Two-year participant Isa Hernandez was glad that she saw so many of her favorite Corgis like Zion but was devastated that Loki had passed away. “I think So Cal Corgi Nation has created a community that is able to come together and raise awareness towards the illnesses that may afflict this breed,” she said. “I look forward to the next Corgi Beach Day and hope more people come out to support these cute dogs.” 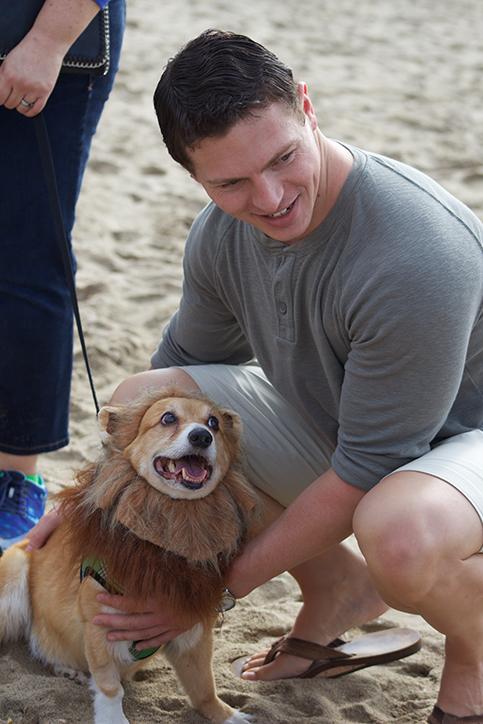