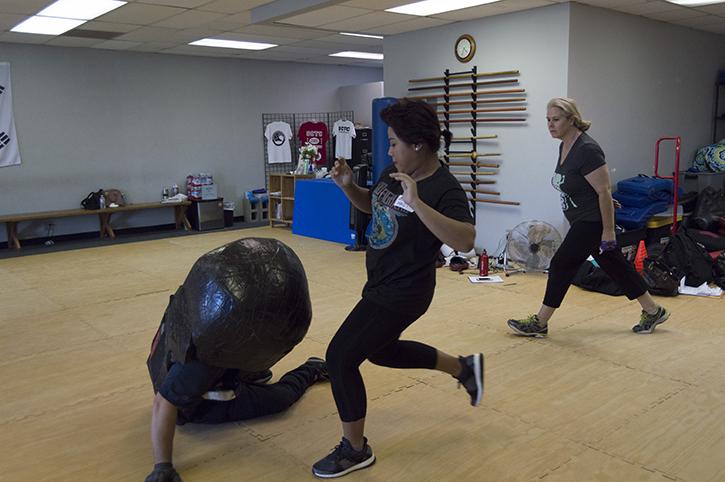 Learning how to defend myself

Self-Defense class not only teaches safety, but also builds up one’s confidence

Today’s society is arguably one where women are more sexually violated than men are. According to Rape, Abuse & Incest National Network (RAINN), 9 out of 10 victims of rape are female. There were 2.78 million men who reported being raped since 1998, while there were 17.7 million reports on women, which is a little bit more than six times more compared to the men’s record. Of course rape isn’t the only problem that women face today. There is the matter of domestic violence, sexual assault and human trafficking.

With all these problems that threaten a female’s state of being, I decided that it was necessary for me to know how to protect myself if a situation ever calls for it. Surfing the Internet, I found out about IMPACT personal safety, an organization that teaches people how to defend themselves from physical harm. IMPACT offers many classes including Intro Workshop, Women’s Basics, Men’s Basics, Kids Class, Pistol Class and Advanced Courses.

I chose to participate in the Intro Workshop, which was a 3-hour one-day class that cost $75. The place was hard to find since it was located in a huge plaza. My cousin Maui and I arrived in class 30 minutes late.

It was intimidating. When we walked in, ten pairs of eyes were already glued to us. And as I made to walk towards the instructor, I tripped on the training mat. As awful and embarrassing as it may sound, it broke off the awkwardness in the air, and when my cousin and I finally joined the group, we were all laughing at my clumsiness.

Lisa then introduced us to her colleague, Ben, who was to play the role of the assailant. We then went around in a circle introducing ourselves and telling why we had joined the class.

Despite the anxiety that was twisting my insides, I was still excited to learn something new. To start off, Lisa and Ben demonstrated a scenario. Ben pretended to be a drunkard while Lisa pretended to be a lone citizen leaving a grocery store at night. The scene started with Ben stumbling and yelling obscenities. Lisa kept her distance while being hit on by Ben. Lisa then told us to observe the body language she was showing, and when Ben started asking inappropriate questions such as sleeping with him, Lisa made sure to adamantly say no with confidence which made Ben leave her.

Finishing the scenario, Lisa reviewed her moves to us. She pointed out the fact that even though she, as a victim, would normally be afraid, she needed to act like she was confident and unafraid so that the assailant would not look at her as someone who is vulnerable. In short, body language sends a message to the attacker if the target is easy or not, so the key would be for the target to act as calmed as possible.

Afterwards, we got into the action part. They first taught us how to be in balance and how to prepare ourselves if someone were about to assault us. We had our hands up to our faces, with the back of the hands facing us. We also had our dominant foot in front of us with our knees slightly bent to keep our balance. Finally in action, Lisa and Ben taught us the proper movements while keeping a good stance. Thrust up with the heel of the palm. Move closer to the attacker. Raise the dominant knee and hit the groin as hard as you can. We repeated the same step until we mastered it.

After practicing the physical part, it was time for speech. Now, one would think that self-defense is all about action, but really, it’s also about how you communicate. Lisa told our group that speech is very important when being consulted by a suspicious stranger. “Just like body language, speech can also lead an assailant away,” Lisa said. The key was to say no, and mean it.

To practice, Lisa and Ben put us in a scenario where an unwanted attention was being given to us. Ben was to act as the assailant, and then we were told to make up a setting. When it was my turn to be put to test, I chose the scenario of walking home from my bus station since it is something I do every after school.

The scene started with Ben rudely shouting at mefrom a distance and then walking up close. Using the basic knowledge I was taught, I kept my distance and tried to keep a cool facade. With the big Captain America shield on my shirt, Ben asked me if I wanted to come to his house so he could show me his Captain America collections. In the real situation, anyone in their right mind would not come with a stranger, so obviously I said no to his offer. However, Ben kept on insisting so naturally I kept on declining.

Although I knew it was just a scenario, it still felt intimidating. I was panicking on the inside because I did not know how to respond to an unknown man. Add to that was the fact that he was talking to me aggressively and my only way out was talking. Fortunately, though, we practiced speech over and over again. The reason why was for our body and mind to be familiar with such situations so if it happens in real life, we would have a better presence of mind.

Towards the end of the class, Lisa and Ben put everything they taught us in one practice. We did several practices with the combination of speech and action.

We did a cycle of this practice until the clock hit five. When we finally finished, I got the chance to chat with Lisa and found out that she had been mugged twice — once in Chicago and once in Louisville. She came out of the incidents thinking that she was fine. It wasn’t until she was alone at a convenience store asking a man behind the counter for the keys to the bathroom that she realized she wasn’t fine at all after the mugging when instead of telling her where the bathroom was, the man started walking towards her. And as he was walking toward her, he told her that he wasn’t going to hurt her and that the key was behind her. It was then that she realized that the man was reading off of her fear and could tell how scared she was.

“Had he been someone who was looking for a victim, he would’ve chosen me,” Lisa said. “The fact that he could see that I couldn’t control my fear made me realize that that was not how I want to live my life.” Lisa added.

These events led Lisa to find out about IMPACT, learn self-defense, and teach the skills to other people — all of which have had a great impact upon her. “The person that the world sees is a confident, and strong woman,” Lisa said. Being able to teach other people, specifically women, self-defense is a rewarding feeling, Lisa said, because many find women as weak. “In the media, and in movies and TV shows, women are portrayed as powerless, and that’s just not true,” Lisa said. “So, I think understanding that we’re all capable of things just as much as men are is very important.”

Fighting for change in diaspora and Artsakh

On Sept. 27, Armenians all around the world had their hearts shattered to hear the news that Azerbaijan had bombed Stepanakert, the capital of the Rep...

Clark’s animation courses are some of the school’s signature classes, focusing on both technology as well as visual arts. Anthony Lockhart is Clar... 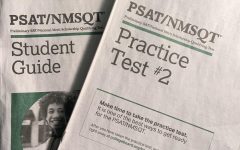 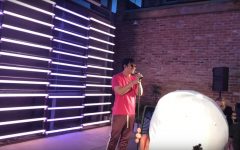 Joji’s Nectar is not another ‘Slow Dancing in the Dark’ 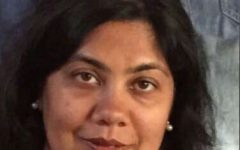 Gravity, forces, and all that!