A ride through the flaws of LA’s public transportation system 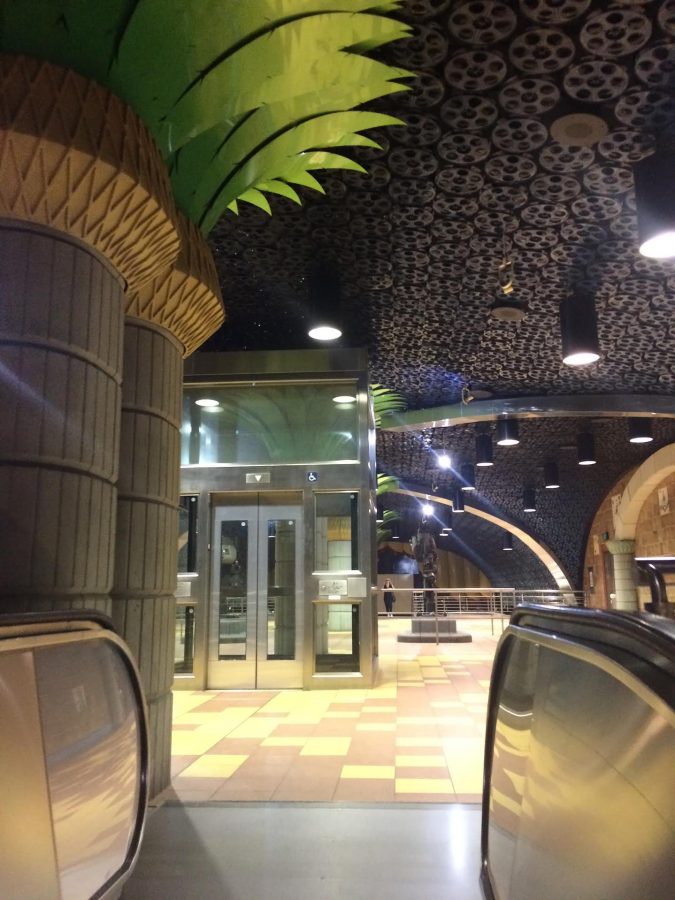 The platform at Hollywood/Vine station, appropriately decorated with film reels all over the ceilings. This is one of the nicest and most easily accessible rail stations.

One would think that in such a vast and spread out city like LA, many people, especially students who can’t drive, would be more inclined to utilize the bus or rail system. On the contrary, many students avoid our public transportation system, calling it “dirty,” “inconvenient,” and at times “scary.”

“[The bus] was very crowded and it look very uncared-for,” said sophomore Ani Babayan, reflecting upon a trip she once took on MTA bus line 201 in Glendale. The question that begs to be asked is this: If Los Angeles has a public transportation system, why don’t people take it seriously?

Well, for one thing, most people don’t even know it exists. Although the MTA buses are quite hard to miss with their bright orange exterior, the subway lines remain buried below the reach of many Clark students. Of 50 random students grades 9-12 surveyed in October, more than half claimed they did not know Los Angeles even had an underground transit system. When asked whether they had ever taken the subway, the most common response among students was “We have a subway?”

It’s difficult to blame them, however, considering the nearest station to Clark is the Memorial Park Gold Line station almost 11 miles away in Pasadena. Or perhaps the North Hollywood Red/Orange Line station nearly 13 miles away. In a county which is 4,084 square miles, a rail system that runs only 88 miles is clearly underdeveloped.

“That’s sad,” said Spanish teacher Sevan Oskanian. “Many people aren’t able to live near Metro stations. That’s why so many people rely on their cars instead.” People want a rail system they can live within a reasonable distance to, as one might in a city such as Paris or New York City. 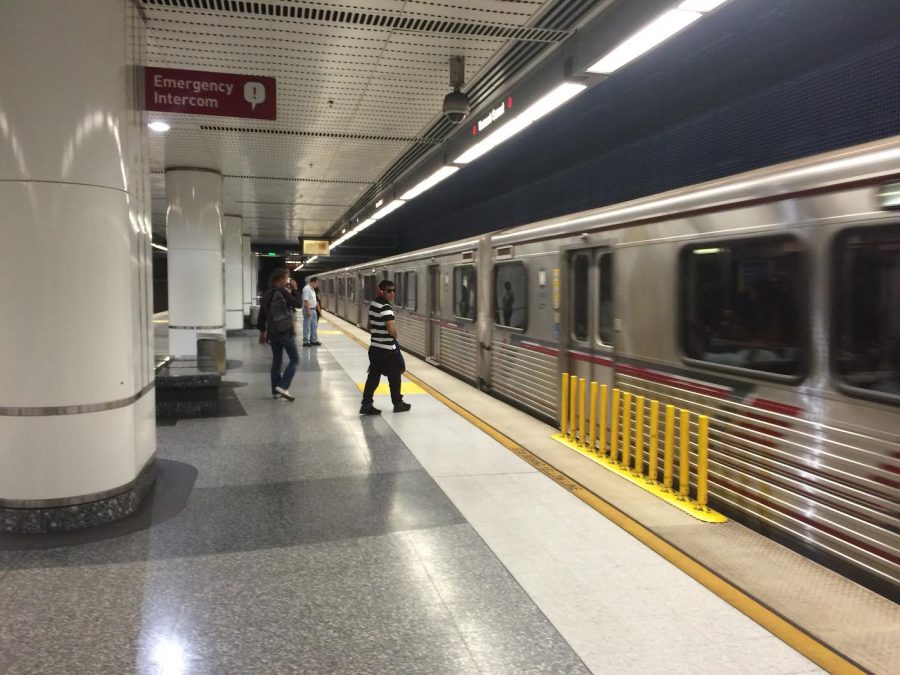 The nearest light rail stations to Glendale are the Gold Line station in Highland Park or the Red Line Station in East Hollywood at Vermont/Sunset (a part of town most people don’t venture out into very often). The point is, unless it covers more ground, the rails in LA are practically useless for anyone outside of Downtown or Hollywood.

Fortunately for some, more ground is being covered. The LACMTA is currently planning and executing an extension of the Purple and Gold lines, which might actually prove to be very useful, stretching farther out east from Downtown’s Union Station to Montclair and farther out west from Union Station to Westwood. Also under construction currently is the Expo Line extension which would allow for easy access from Downtown’s 7th Street station to Downtown Santa Monica in under an hour.

For some people, it’s not the accessibility of the public transportation system which dissuades them from using it. It’s what happens once they’re on it. “The ride itself was fine but the bus driver was really disrespectful when I asked him what the fare was,” said sophomore Ani Sarkisyan, who has once taken the 90.

Based on my own observations over the course of thousands of rides, the operators of Metro buses are usually the embodiment of a stereotypical angry bus driver. They don’t say hello, they don’t look you in the eyes, and they sometimes don’t even stop at the right stops. Seldom are they personable and willing to make conversation. It’s really hit-or-miss, and the drivers’ demeanors usually come down to several factors mainly pertaining to the time of day and location of the line.

For example, the line I take to school every morning, the 90/91, runs from Downtown to Sunland, and in all my experiences, the operators of this line have been fairly welcoming. However, based on my own personal observations, other lines which may run through the rougher areas of LA such as the 40 (which runs through Inglewood and Hawthorne) or the 83 (which runs from Cypress Park down through Slauson) will naturally have operators who are more reluctant to talk to their passengers.

Upon chatting with one of the operators and conducting some further research online, I was able to discover that Metro operators earn a fair pay and some pretty advantageous benefits as well as the freedom to select their shifts and the bus line they operate. The average pay for a Metro bus operator is $47,000 and $66,000 for rail operators.

The more crowded and busy the line, the higher the pay. So the operator of a line such as the 720, a line always bustling with passengers, which runs on Wilshire Blvd. from Downtown to Santa Monica would earn more than the operator of the 685, a short line which usually carries few people and runs from Glendale Community College to Glassell Park.

Another major obstacle to Metro ridership is the low level of security and safety among the buses and rails. Most people won’t put themselves in any situation in which their safety is not ensured, and unfortunately, in most buses and subways in LA, it’s hard to say that it is. On most days, just getting onto a bus is a risk.

When I became a frequent user of public transportation around three years ago, I recognized the strange feeling of having to risk a little bit each time I got on the bus or the subway. Several times, I found myself face to face with someone who was directly threatening my safety. One such example occurred on the bus in Downtown Los Angeles. A man had a schizophrenic fit and started yelling in my general direction but at nobody in particular. He then threatened another passenger and forced him to get off. This type of public animosity is a tough thing to have to get used to.

Many cases of sexual harassment have also been noted in subways in LA. An article in the LA Times shows that nearly one in five Metro passengers has been submitted to some form of sexual harassment in the last six months, most of these 18-25 year old women. Some rail lines are better than others. The Red Line, an underground rail which goes from Downtown to North Hollywood, sees some of the worst harassment and violence as opposed to the Gold Line, a mostly above-ground light rail which runs from East LA to Pasadena, which is among the safer rails of LACMTA.

It’s not perfect, and it might never be, but public transportation is developing and the only way it will prosper is through increased ridership and support from Angelenos. “It needs to be easier and more efficient. Then people will start using it,” said Oskanian on the future of public transport in Los Angeles.