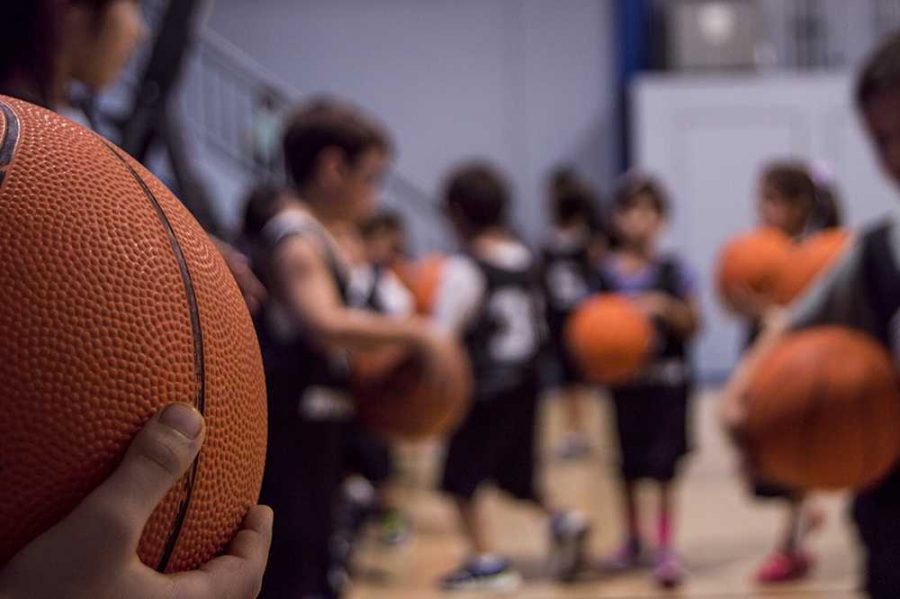 The whistle is blown. “Put the balls down and line up at the baseline,” says Melineh Ebrahimian, Jr. NBA coach for the Ararat D-League program at the Ararat Homenetmen North Campus facility in Glendale. The players of the Jr. NBA Division put their basketballs back and line up on the baseline to start their pre warmup.

Homenetmen Ararat chapter is an Armenian youth organization that began over 70 years ago. The most recent addition to Ararat is the D-League program. For about seven years, Ararat D-League has functioned as an Armenian family-friendly environment for boys and girls from ages four to fourteen who have an interest in basketball. Tryouts are not required.

At the D-League program at Ararat, these teams allow the kids to improve their basketball skills. Parent Karolin Olavi had her kids take part in the D-League program for many seasons. Olavi stresses the importance of the amazing program and what an advantage it is for kids who have an interest in basketball. “I think it’s a great program for all kids with different ages and they learn a lot by coming there,” Olavi said. “They grow with the community and with their peers and the team.” Olavi’s two children have been in the program for many years and have immensely improved in basketball.

I began my first day as a volunteer coach on Oct. 17, three weeks into the season, where it was the Yellow and Black Team’s practice. As I put my water bottle down and start interacting with the kids, I notice already some familiar faces from previous seasons and how much the children  have grown. I stand next to the net, and after they shoot the ball I say “good job” or “nice shot.” If they miss, I still tell the kids what to improve, because from a young age, it is important to teach the kids that it is not always about winning.

The players are divided up into three groups for each court and I take one group. One person will chest-pass the ball to me and I will pass it back. The player will dribble from the baseline to the net on the opposite side of the court, shoot the ball and dribble back. I use this as an opportunity to learn the kids’ names. Once they pass the ball to me before they go, I ask for their names and repeat them to be sure. Sintiya Markarian, Director of D-League Operations, was helping with the group. “At the end, the kids come to me and give me a hug,” Markarian said.

The players take a water break, then we do a shooting competition where we split the kids into two groups. We go for about three rounds and make sure the teams are balanced out so one team would not completely dominate the other. Coach Melineh sets a target goal for the number of shots to see which team can get there first. This way, the kids are exposed to taking quick shots and competing where there would be a winner and a loser. The kids are aware of the fact that it is just practice and do not complain about winning or losing.

Alec, a five year old from the Black Team, said “everything” was his favorite part about practice as we practiced passing the ball to each other. When the kids have fun, the parents are pleased. Mounika Haftavani, a Class of 2002 Clark graduate, said the kids benefit from playing with each other. “I like how all the kids learn new basketball skills and have a chance to hang out with new friends,” Haftavani said. Haftavani’s son, Alek, three years old, from the Yellow Team,  mentioned his favorite part of practice was “shooting.”

On Sundays, the three Jr. NBA teams all attend their practices including one extra practice day either on Thursdays or Fridays. These teams range from kids from ages four to six.

One of the D-League Executives, Martin Andriassian, said that the program has great benefits for children. “My kids were in it for four seasons and it was a great program,” Andriassian said.

With a variety of co-ed and same gender teams, the overall experience is beneficial. Another executive, Edwin Olavi, my former coach for D-League — I began when I was six — said that Jr. NBA teaches kids discipline to be better players. “I like the Jr. NBA division because it lays a great foundation for the young athletes to stay active as they get older,” Olavi said. “It also teaches them discipline and encourages them to be a team player.”

Towards the end of the practice, Coach Melineh blows her whistle and yells, “Huddle!” The players put their balls down and form a circle to end the practice with a team huddle. Coach Melineh said how proud she was to see how the kids improve their basketball skills. “They learn so fast,” Ebrahimian said. “From beginning to end there’s such a big difference. I see [the] achievement and their improvement.” This is the age where the foundation and building blocks of the sport begins and I am glad to be a part of this amazing organization for them.

On the count of three the kids say, “Go, go, yellow team! Yay!” The applause of the parents’ and kids’ blasts through the gym and the practice is over. One parent, Armen Mousakan, said that he enjoys watching his son develop his basketball skills and learn how to play with others. “I like watching him play and being involved in a team where he is growing and learning while having fun,” Mousakan said.

D-League is also used to draft players to official Homenetmen Ararat Chapter year round teams that take part in tournaments like the Navasartian Games, Winter HABC Games, San Diego and Fresno Games. Markarian is glad to be part of a program where she can inspire kids to work hard and have fun playing a sport they love. “I think everyone enjoys [the program] because the kids don’t just learn about basketball, but they learn about discipline and how to work with [one] another on the court and off the court,” Markarian said. 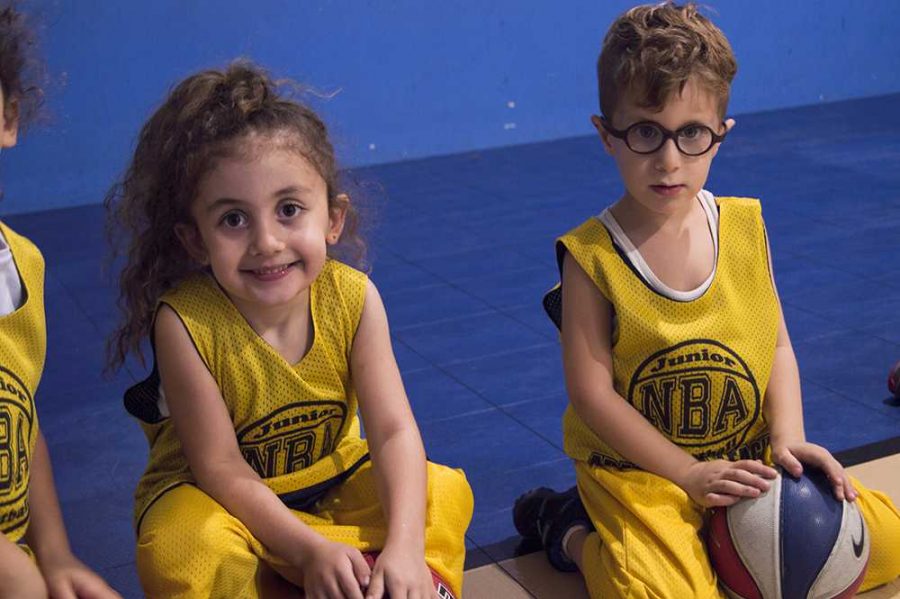