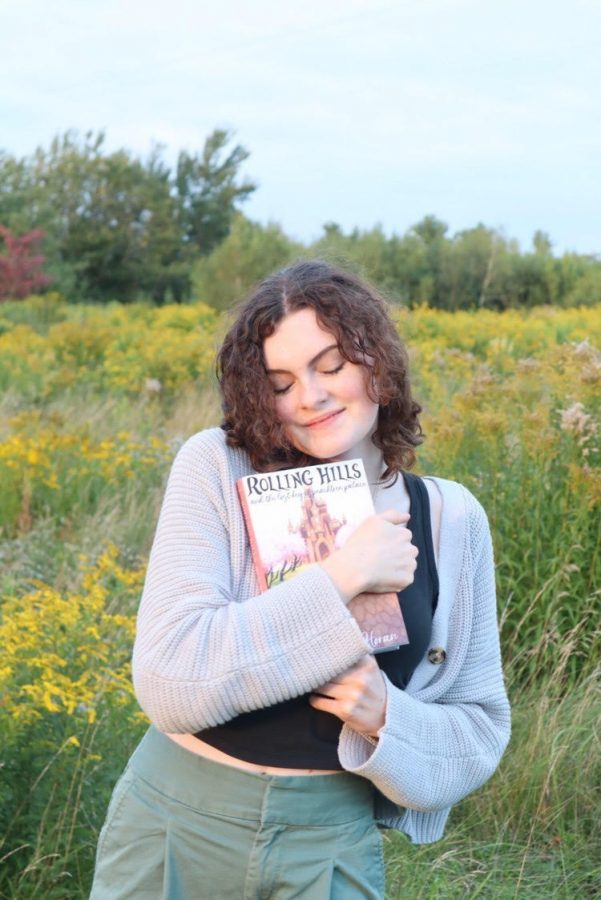 When the world shut down, these teenagers didn’t.

Fifteen year old author, actor and songwriter Michaela Grace Horan has been busy since the first lockdown. Publishing a book in the middle of the pandemic is no easy task for others, but for Horan it was fairly easy.

“Because I self-published my book, I had a ton of time to work on publishing and it was incredible!”

Horan’s book, The Rolling Hills of Peachtree Palace charted at number 6 on Amazon’s New Release List, and has gotten 637 orders upon its release date, September 10, 2021.

Along with being a published author, fifteen year old Horan is also the IMTA (International Modeling & Talent Association) award winning teen actress of the year.

At fifteen years old and a sophomore in high school, Horan has achieved things that many spend their entire lives trying to achieve.

“Watching my favorite celebrities and authors achieve their dreams really motivated me to go after mine,” she added when asked about inspirations.

Influencers nowadays are the new celebrities. Apps like TikTok, Instagram and Youtube are the easiest and fastest way to go viral instantly and gain many followers. It isn’t easy however to become well-liked and well-known.

People Magazine reported that 86% of Young Americans want to become influencers. Wallaroo also reported that 60% of Tiktok users are Gen-Z as well.

“It’s fabulous to think that the internet gave me a gateway to people who never would’ve found me before,” sophomore author Horan said when asked about her platform and her fame.

While writing is a prominent theme here, so is art. Magazines have been popping up all over TikTok, and FeverDreamiZine is no exception. Art has become more and more popular from social media apps such as TikTok and Instagram. Digital arts such as photography, sketches and paint-work have grown very popular.

Angie Mitilian, a senior at Maranatha High School created a magazine; FeverDreamiZine, after going through her first breakup. “I was aimlessly scrolling through Tiktok, (as one does) and came across a TikTok from another teen-run magazine (All My Friends).”

She ended up submitting her artwork to another magazine, Soul Talk’s first issue, and she realized that she could start something herself as well.

However, for these teenagers, it wasn’t all smooth sailing. For both Michaela and Angie, age gaps between other people in their industry were the biggest obstacle they have had to overcome. For Michaela, as an author it was hard being so young because many people often underestimate her.

“Despite the age gap, I think it’s important to push through those hard moments and remember that you’re not any less creative or any less than an author, actress or musician because of your age!”

Mitilian had a different take on the age gap and how it affected her and her magazine team.  “We are limited to what we can do as a collective because of our age. Not being an adult sucks. Our team has big ideas consisting of live events and collaborating with small businesses, but you can only do so much when you’re 16.”

The team of three also struggles to keep up with the constantly fluctuating trends and curating content.

“With other magazines also spewing out Instagram posts and trying to stay active, it makes me feel kind of discouraged knowing I’m not as coordinated and organized as consistent as them. But, every magazine is unique in their own way whether it is through content or pace, and I feel accomplished either way.”

As trends quickly come and go, both Michaela and Angie stay on top of them by using trending songs, as well as posting frequently.

Both women have very large platforms and followings, and they are expected only to grow more of a following and create more projects as time goes on.

You can order the upcoming and previous issues of Fever Dream Zine here.