Communicating in the 21st century: How far will it go?

Compared to how people in older generations communicated with one another, methods of communication greatly evolved and are still continuing to do so. Sophomore Adena Babakhanian uses newer technology to talk to her friends and family, especially during the pandemic, when it was difficult to see one another. She said how we all are connected to technology is definitely beneficial but has many harmful effects as well.

“I like how we can spread positivity and have easier ways of spreading messages about the news going on in the world because we’re all becoming more aware of our surroundings,” Babakhanian said. On the flip side, however, she acknowledged that hate is spread much more easily. According to Pew Research Center, rather than bringing each other up, people abuse the power of technology and communication services to ruin good things and spend time hurting people.

Junior Eleni Matevosian, similar to Babakhanian, uses technology as a method of keeping in touch with the different people in her life. She has always thought that technology is harmful. “Besides the physical harms that are brought to us by staring at our screens, the way we use technology has dramatically harmed our mental states,” Matevosian said.

She said that people take advantage of what they have all just to be hateful and rude and to bully others around them. These types of events have led to cyberbullying being a lot more common in today. So many people have been a victim to cyberbullying and in some extreme cases, the situation even led to suicide.

With technology becoming an even larger part of our daily lives, it can lead to many people becoming isolated and only living their lives through a cell phone. This is something that has become more evident in younger generations in the past couple of years, especially with children who are elementary school age.

With all this constant immersion in technology, it’s no surprise that people are getting concerned with the impact this could have on their development. It’s become especially unnerving to older generations as they struggle with finding ways to deal with this new information since this new generation is the first to experience such a childhood.

Clark’s psychologist, Casey Schaeffer, said that absorbing so much content from a screen will practically stunt one’s social development. “We must establish a healthy relationship with this technology by talking about it,” Schaeffer said. He said that this can be done by setting time of use for children and adults, all while encouraging age-appropriate social communication opportunities for children.

Naturally, with the recent pandemic taking over many people’s focus, many have turned to technology and the internet as a way to cope. In a way, technology has helped many people, especially teenagers, connect with one another through a screen, proving that social interaction doesn’t have to be in person for it to be considered dangerous in the time of a pandemic.

It’s normal for people to find new ways to cope with unfamiliar situations. Quarantine has allowed people to create and discover new ways of communicating with one another.

Schaeffer said that humans are naturally adaptable creatures, and that quarantine has forced us to think in out-of-the-box ways to fulfill our need for community and connection. “It is, however, our relationship with technology that has become problematic,” Schaeffer said. He said that it’s become normal for people, especially teenagers, to be told to “get off your phone!” and to do something outside instead of holing up in their rooms.

Even doing something as simple as turning off your phone can help people stay more in the present rather than being constantly distracted by such a small yet powerful invention. We get so consumed with being online all the time, especially with social media, that many people of Gen Z are beginning to completely over identify themselves with the persona that they project on social media. The human brain is constantly adapting to the changes people see on their screens, making it difficult for people to break away from.

Schaeffer said that technology has become so addicting to the point that having excessive screen time creates a path in the brain that produces the same effect that alcohol and drug abuse has on a person.

Babakhanian understands that technology is taking over the lives of other people. “Even jobs are being controlled by technology, and every day we lose more human interaction that we wouldn’t have thought to even be possible 40 years ago,” Babakhanian said.

Teenagers are becoming more independent and knowledgeable on using social media and technology as a means of communication. Apps such as Facetime, Zoom, and chatting platforms like Snapchat and Discord have allowed for friendships to continue to evolve.

Things that seem to be much more normalized within teens of this generation, such as regularly texting, having online friends, and being on a call for hours are seen as foreign concepts by adults and people of older generations, according to Pew Research Center. They go on to describe that more than half of teens have made a friend because of online resources, especially through social media platforms.

Matevosian said that these methods of technology have distanced people from younger generations, especially from real world experiences and conversations that can’t be replicated in the real world. “It’s really built a wall between us and reality,” Matevosian said, “so much that people forget that they can interact with one another in person.” 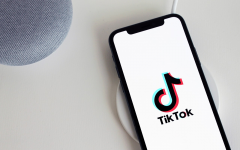