Dealing with loss as an adolescent 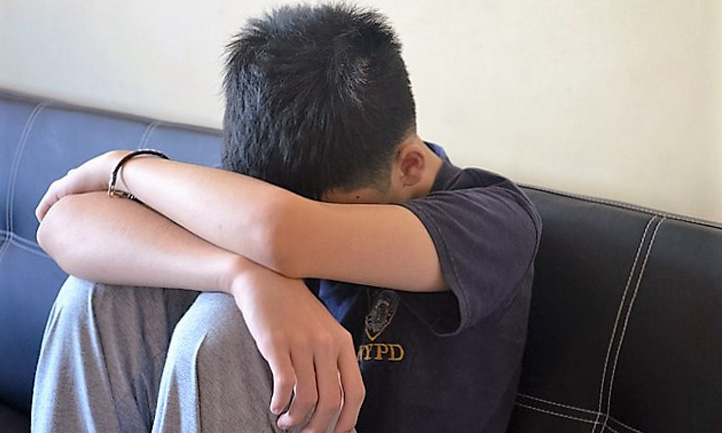 Teens may struggle with grief in the midst of the coronavirus.

Grief is commonly misunderstood by many as a one-note emotion that comes out as a reaction to loss. This misconception often skews the reaction of how one deals with grief — most teens especially tend to not have the emotional maturity to deal with such complex feelings.

“Grief gets stereotyped as sadness or depression, so it can be quite surprising when feelings of anger, fear or impatience manifest,” says GUSD School Psychologist Casey Schaeffer. These emotions do not only arise from one source either. A breakup, moving into a new home, or the death of a family pet can cause feelings of grief to varying degrees.

The Dougy Center, a foundation for grieving children and families, says that “many people suffering from grief often find it difficult to do the things that they need to do.” Daily tasks can become draining when grief looms over one’s head; it’s mentally, emotionally and physically exhausting.

“It is hard to give a simplified statement sentence that covers all the areas of dealing with loss. It can be a complex and/or long process and unfortunately there is no easy user guide. Everyone grieves in unique ways,” says Schaeffer.

The reality is that there is no projected destination or endpoint to the grieving process. There are expectations from oneself and other people for life to return to the status quo, but this expectation is ultimately short sighted. Grief is not something that people move past but rather something to live with and learn from.

Pateel Arabian lost her great aunt recently. This person was an important figure in Arabian’s growing years. “I found it difficult to balance both school and grieving,” says Arabian. “I thought I was doing normal but then I realized that I’ve been slacking off a lot and I didn’t want to do anything.” Going to classes was difficult because grief saps both physical and mental energy Arabian says.

Funerals and the expectations that come with them may cause anxiety for adolescents, especially if they don’t know what to expect or how to act. “I had to keep up with schoolwork because I still wanted to perform well, but that mindset was hurting me,”  Arabian says.

Many students like Arabian have expectations of normality in the face of grief, even if everything is changing. “I eventually learned it was okay to feel like that and stop the perfect student act for a while which gave me reassurance,” says Arabian.

Living with grief is not exactly easy either. When there is so much to juggle and no energy to do so, one can feel hopeless or depressed when dealing with the loss of close family. However, things will not stay gloom and depressing forever.  “I learned that life has to go on,” Arabian says. “I know that [my caretaker] would want me to be happy and do my best so I’ve been trying to do that.”

Former GUSD student Kyra Penarroyo had her own experiences dealing with grief. Due to her family’s relocation, she had to leave her Clark family behind which was especially difficult for her. “Not only was I leaving Clark, I was leaving from Glendale as a whole,” Penarroyo says. “I had to say goodbye to friends from my school, my neighborhood and my dance studio which left me feeling really sad.”

“I had to grow with my experience instead of letting it get the best of me,” Penarroyo says. Grief is going to be an ever present reality for people who experience it. Sadness and fear may pass but there will always be a feeling of longing for things that are lost. This can be lost time, lost people or lost opportunities.

Many seniors this year had opportunities and experiences taken away from them as a result of the COVID-19 pandemic response. Clark senior Sophie Peineke did not get to travel to Catalina Island for her senior year, or attend school in person for all of first semester. “It’s not ideal, to say the least,” says Peineke. “There’s a feeling of uncertainty and hopelessness, but I think that as sad and draining as 2020 is, there are other opportunities that have been presented to me.”

There is a certain kind of clarity and maturity that develops in the face of grief. Seniors like Peineke may find themselves not living the senior year they want, but being able to adapt really made it clear to Peineke what her priorities are and which are the people she can really depend on. Grief has a way of bringing relationships into the spotlight.

Grief comes in waves, and sometimes those waves roll in when least expected. Schaeffer recommends the following for teens dealing with grief: “Take extra care of yourself — be extra kind/gentle with yourself as you experience conflicting and messy emotions.” It can be difficult to get past the often tantalizing guilt from being a survivor of such experiences that illicit grief.

Special days and important times may cause emotions to come back to the surface, either through memories or deep contemplation. Part of normal development for a teenager is to reintegrate what they have learned about their loss into their current stage of life. The Dougy Center’s Grief Tip Sheet says mementos, feelings, habits, and indulgence in memories oftentimes are the catalyst to accessing the emotions young people cannot properly describe, control or feel.

“Actively establish a support system and be clear as to what you need from this trusted system,” says Schaeffer. “Also, finding a good therapist can make all the difference.” It is important for a grieving individual to define their boundaries: keeping distance when they need to and asking for support when it is necessary. Allowing people to express themselves and feel grief in the first place will easen up a lot of the things that follow.

Communicating with teachers is super important to balancing personal and professional life. At times it is difficult to summon the strength to get work done on time, or finish a critical assignment. Negotiating with teachers and actively seeking out help can take a lot of weight off of one’s shoulders.

It’s important to not forget about oneself when everything changes so rapidly. A big component in dealing with grief in a healthy way is expressing one’s feelings in a healthy way. “Express yourself creatively in any way you can,” says Schaeffer. That is to say, music, art, writing or meditation are great ways to unwind and find relaxation in the moment.”