Musicians find ways to connect with fans through their music 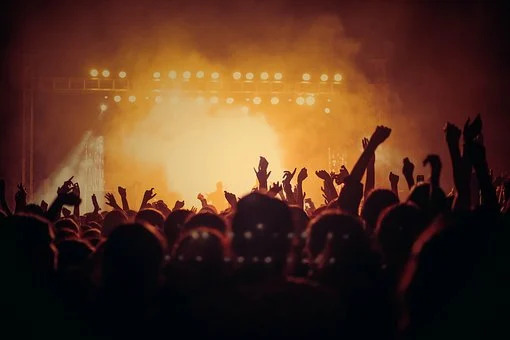 With the COVID-19 pandemic still going strong, concerts have been put on hold all over the world since March 2020.

Although the music industry has greatly been affected by the coronavirus, artists around the world are finding ways to bring the experience to fans right in their homes.

Providence High School junior Alik Arslanian was one of the many fans who went to Billie Eilish “Where Do We Go? The Livestream” on Oct. 24. This specific concert required fans to purchase tickets for $30 to have a place to watch the concert.

Arslanian said that she really enjoyed the whole experience and thought it was really fun. “I thought it was a really cool idea and I definitely would consider going to another one,” Arslanian said. “I liked the fact that I was able to watch the concert from my bed and still feel like I was there in person.”

Eilish and AJR weren’t the only ones who had the idea of holding a livestream of a concert for their fans. The successful K-Pop band BTS sold nearly 993,000 tickets for their Map of the Soul ON:E virtual concert bringing fans all over the world together for a one time experience.

With the coronavirus still on its rise, musicians have been forced to cancel all of their in-person concerts. Concerts were considered to be normal events, but now concerts are most definitely a COVID-19 hotspot, which led to the decision to cancel all concerts for the year.

Although the music industry has experimented with outdoor concerts before the pandemic, socially distanced of course, it’s unclear when indoor concerts will have a safe return. Some scientists believe that if people follow certain health measures, concerts could have a slow return, but it’s very unlikely to be a certain possibility.

However, musicians aren’t the only ones who have been hit hard by the pandemic. The entirety of the music industry being shut down for six months has made the industry lose more than $10 billion in sponsorships. It’s become very unlikely that concerts will be making a comeback soon, which puts the industry in a tough position.

Streaming has become another way for musicians to go around COVID guidelines. In about six years, streaming in these ways has grown total industry revenues from 9 to 47 percent..

Recently, the band AJR announced an online streaming concert Dec. 26, said to have “visuals that have never been seen before,” exciting fans and urging them to purchase tickets for this one-time event. It’s a smart move of them to do so, especially with the announcement that they will be performing songs that haven’t been released yet. These types of “concerts” will definitely be a way for musicians to still have a source of income during these tough times.

Live Nation, an American events promoter, reported that their revenue decreased 98 percent due to the coronavirus shutdowns. The company manages many American tours for musicians throughout the years. This year, they gave an adjusted operating loss of $431.9 million in their net revenue.

The music industry has been trying to find ways to maneuver around the COVID restrictions on large events, one of them being drive-in concerts. For example, the band AJR performed in a socially distanced drive-in concert in Pennsylvania a couple months ago.

The concept of drive-in concerts was taken from drive-in movie theatres that were at their most popular in the 1950s and ’60s. These drive-in concerts allows people to enjoy the thrill of being at a concert and allows the musician to still have ways of entertaining their fans.

Crescenta Valley High School junior Chloé Garabedian says that although she hasn’t been to any form of a virtual concert, she stays up to date with all her favorite artists and the music they release. “I really like the idea of the whole virtual experience,” Garabedian said. “It’s definitely something I would consider going to as just a fun outlet for myself.”

Many people have found going to concerts as a fun thing to go to if possible, making it even better when you’re able to go to one with friends who enjoy the same musician. Garabedian is no stranger to concerts; she’s been an active fan of many musicians, supporting them by seeing them in person if she can.

“I love going to concerts because in the moment I feel like I connect with the people around me in a way that I wouldn’t in my day to day life,” Garabedian said. She said that there’s an overwhelming rush of different emotions that’s comforting in a way. She made many memories from going to concerts. For example, when Garabedian was younger, she had a conversation with Harry Styles at a concert when the performing band was taking a break, which was something she says she’ll never forget.

Before the pandemic became what we now consider normal, many people had planned to attend their favorite artists’ concert, Garabedian included. She was planning to see the singer, mxmtoon, in May but it ended up being cancelled due to fear about what the coronavirus could turn into.

Garabedian missed a total of seven concerts due to the pandemic, which she says was disappointing since concerts were a way for her to escape the negativity around her even for a little while. “I feel like I’ve lost a positive outlet,” Garabedian said, “but I’m really hoping that concerts will be able to start again soon.”

Huge festivals like Coachella and South by Southwest have been postponed and were later canceled. Even Live Nation, one of most prominent musical promoters, has postponed their concerts. The tours of artists aren’t the only ones being impacted; many businesses who get a majority of their profit from concerts and events are suffering as well.

A couple examples of these types of businesses include venues and artists themselves. Without concerts happening, it’s hard for venues to gather enough revenue to maintain their areas. In addition to that, artists make the majority of their income from concerts, causing many to start their careers from scratch again.

However, this problem impacted independent venues such as The Echo in Los Angeles the most because of the pandemic. These types of venues are also a way for many independent artists to get their name out in the community in the hope of being scouted by people willing to take them on.