Teens delay, sometimes not by choice, taking to the road 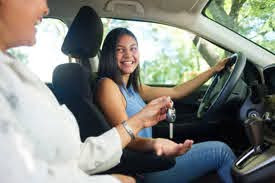 “Growing up, children fantasize about the future and how as they get older they are going to be able to get their license,” said junior Nare Setanyan.

Setanyan took the Department of Motor Vehicles’ (DMV) written knowledge test in May with no appointment; she stood in the walk-in lane to take the test. After taking her knowledge test, Setanyan had to practice with a driving instructor for six hours total. This is required for all drivers to have experience with driving prior to taking their behind-the-wheel driving test. She recently scheduled a DMV appointment for her drivers’ test for January 5.

As a teen, getting a driver’s license is one of the teenage successes. Earning your license is a privilege and it shows that you are prepared to drive properly. It represents that people are responsible for driving safely. This gives people the time to gain experience and trust themselves to be independent.

Sadly, due to the global pandemic, the DMV is limiting certain appointments that can be scheduled. According to the DMV website, they have been making appointments only for the behind-the-wheel driving tests; otherwise one has to stand in the walk-in line in order to discuss concerns or take a knowledge test.

After she took the test March 18, Ohanyan also said that she was able to check online to learn that the DMV had closed the behind-the-wheel testing on the following day. “I was stunned by the virus regulations,” she said. “We all had to stand on certain stickers that were six feet apart and were supposed to social distance from the people in front and behind us in line.”

Because of the global pandemic, the DMV has been taking many precautions to ensure safety and health for everyone. On the DMV website, it says that the “DMV expands its health screening and temperature check protocols to protect customers and employees.” The employees must have masks on and maintain physical distancing. They also need to have access to disinfectant wipes, hand sanitizers, gloves, face shields, and soap and water.

Many people have already waited their six months to pass, yet they are still not able to take their driver’s test.

Not only has taking drivers and written tests been delayed, but registering vehicles has also been slowed. The pandemic has forced the Department of Motor Vehicles and similar offices to close or reduce their capacity in many states, making registering and signing a vehicle title more difficult, according to USA Today. This causes people to temporarily not be able to complete the necessary paperwork for the transaction to take place.

Teens who do not get their driver’s license at the age of 16 causes them to miss critical safety training. Some teens who delay their licensure miss out on employment, education and other opportunities.

Setanyan said this delay has caused her to not be able to drive. She wanted to be able to drive because she needed to go to school, work and attend her extracurricular activities. Due to the coronavirus delay, she won’t be able to get her license, and therefore she has to cancel some of her activities. “I believe that driving would allow me to be responsible and manage my time,” she said. Setanyan said that when she took her written test at the DMV, they took her temperature and made sure she wore a face covering.