Compliments to the chef 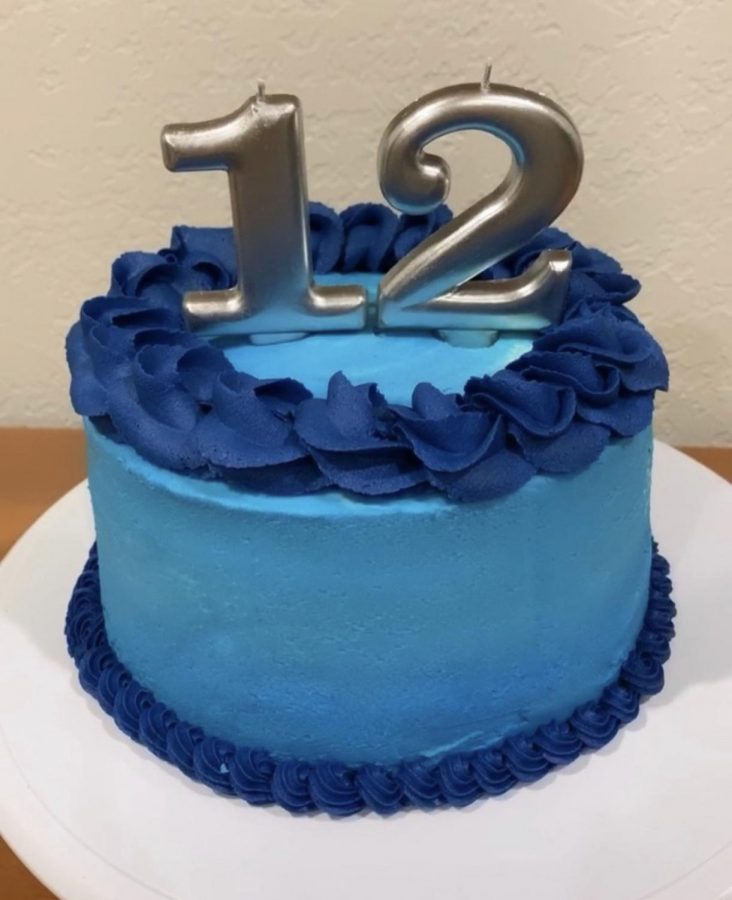 Nareh Haroutonian creates colorful cakes like the one above for her business Lala’s Cakes.

As stores closed up due the state of California stay-at-home order on March 21, 2020, ovens opened up. Millions of people turned to cooking and baking as they were told to stay at home in order to slow down the spread of COVID-19. Over this time, people hopped on several social media recipes and expanded their culinary skills.

With nothing to do, people turned to their kitchens as a form of entertainment. Between April and June, the stock value in companies making culinary appliances increased. Throughout many hardware stores, dishwashers, stoves and fridges were being sold out due to the surge in cooking. Although there was a shortage of some foods like flour, eggs, pasta and sugar during the beginning of the stay-at-home order, people managed to come up with recipes with what they had.

Senior Diana Sargsyan said that this quarantine gave a lot of free time to explore new recipes. “I take my speaker with me and I play my ‘hype music’ playlist, then I take out everything I’m going to need and I set it out before I start,” Sargsyan said. She said that favorite food to make was cheesy garlic bread that was quick and delicious and complemented her other dishes.

Lacking inspiration for what to make, students looked to TikTok. Food trends started with the famous whipped coffee. This coffee is actually called Dalgona coffee, and this drink comes from South Korea. Essentially just coffee, sugar and hot water, this recipe was the gateway to multiple social media food crazes.

Accounts from all across the world started sharing recipes on TikTok and Instagram as a way to cope with boredom from the order. “I made meringue cookies following a TikTok video,” Sargsyan said. Sargsyan said that it was easy to follow and quick to make, making it possible for several people to enjoy.

Although Dalgona was the first trend, banana bread and cloud bread took over all social media platforms. The classic banana bread rose from the belief that it was a healthier alternative than the other recipes. TikTokers displayed their versions of the bread, and soon the ingredients were flying off the shelves. Cloud bread is a variation of meringue but uses flour to harden the final form. Eggs were already at a low supply, but this specific recipe leaves egg shelves empty at the store.

While some have been influenced by social media, many were encouraged to try other culture’s food. Senior Eli Asadoorian took this stay-at-home order to try French cooking and baking. Asadoorian said that he enjoyed cooking more than baking, due to the fact that French baking uses a lot of puff pastry which is difficult to make. “Although it is stereotypical, ratatouille was my favorite dish to create because it was full of flavor and easy to make,” Asadoorian said. “Pain au lait, on the other hand, I tried it and it was the first and last time I baked something French.”

On the other hand, the order helped people learn foods from their own culture. Junior Matthew Keshishian first started to cook Armenian and Persian food after a project in Spanish class but continued to expand his knowledge in his culture’s food. “My favorite thing to make is cuckoo. It’s a vegetable with egg in the shape of a pie,” Keshishyan said. “I use my grandma’s recipe as a foundation, but it always tastes different every time.”

Some people took this opportunity to grow their food businesses. Senior Nareh Haroutonian said that the stay-at-home order was the most baking she has done for Lala’s Cakes, Haroutonian’s dessert business. “I’ve gotten a lot of customers during this time, and they are always giving me different orders,” Haroutonian said. She said that her grandma taught her the tricks of baking, but Haroutonian came up with her designs herself. “The quarantine really brought out my creative side, and it developed my style,” Haroutonian said.

The stay-at-home order wasn’t also for new chefs to rise to the top; some used this time to grow their skills. Freshman Nicole Tokatlian said that since her parents are at work, she often cooks for her siblings and uses this opportunity to experiment with different styles of cooking. “I enjoy making breakfast foods such as eggs and avocado toast, and sometimes sweet foods like pancakes or French toast. It’s the first meal of the day, so I put the most effort into it,” Tokatlian said. “They’re very experimental foods, so I can always try something new with them like adding different spices and cooking at different heats.”

With the pandemic still keeping most people locked in their house, cooking and baking was a safe and fun way to entertain and develop skills for people diagnosed with boredom. “It only took an entire pandemic and a stay-at-home order for me to go to my kitchen and develop cooking skills,” Asadoorian said.