How and why the pandemic is influencing our dreams

“My recent dream was actually last night [May 27],” said junior Abigail Jan Castro. “I lost my dog and I was panicking, and I was so sad to the point where I had maggots in my hair, and it was so weird because no matter how many times I take the maggots off of my head, there’s still more. Then I found my dog again, and I was so happy.”

Interestingly enough, nightmarish dreams such as Castro’s are not uncommon in today’s circumstances.

For the past few months, the COVID-19 pandemic of 2020 has caused the entire world to collapse into mayhem. Daily routines have turned sour because of quarantine, and people have stopped interacting with their friends and relatives, resulting in a domino effect of stress and loneliness for many, creating a dark abyss of reasons that could contribute to these kinds of peculiar dreams.

Some Clark students have also experienced hardships with remote learning, which suggests that these social changes may be a factor involved with disturbing dreams. Junior Carmen Guzman is personally finding the shift more difficult than adaptable. “I think remote learning is harder than regular schooling because not everyone is in the same position,” she said. “I have trouble with my internet all the time and it makes it harder. Also, I have to take care of my siblings and do Zoom, so it’s harder to manage my time.”

Moreover, the worrying situation that is the pandemic might be scaring us a little more than we think. In conjunction with the abrupt shift in lifestyle, many are noticing a significant increase in the strangeness and pictorial nature of the dreams they’ve been having recently, like the one Castro described.

“I have been having more vivid dreams lately and I think that’s because we’re not doing much of anything, so your mind is like, ‘Oh, I’ll make up something interesting for you’ when you’re asleep,” Castro said. “I think that’s a side effect of being in isolation for so long, to the point where you’re trying to create entertainment for you[rself] so that you have things to do in your own dreams.” Castro’s speculations are the basic foundation of the reasoning behind the uprising in peculiar dreams.

To put things more into perspective, Harvard professor and author Deirdre Barrett, in an interview in The Harvard Gazette, said that our dreams could possibly be reflections of our feelings throughout our days, but there could also be something more involved in the mix. “When we dream, our brain is in this state where visual areas are much more active than when we’re awake, and on average, emotional areas are a little more active,” she said. “I think we’re thinking about the same things that we were most focused on by day, but in this other state of consciousness. We have more intuitive thinking and less linear thinking about things. What I’m beginning to see are dreams about the aspects of the lockdown or other things that are an outgrowth of the pandemic. The most common is definitely the shelter-at-home stuff.”

In addition to people’s dreams being specifically about the pandemic — though it may not be completely obvious — they generally revolve around the themes of isolation, anxiety, change and overall negative emotions.

According to a recent article in National Geographic, the Lyon Neuroscience Research Center in France reported on a study in March that “the coronavirus pandemic has caused a 35 percent increase in dream recall among participants, with respondents reporting 15 percent more negative dreams than usual.” It is also found that people who have lived through traumatic events ― such as the 9/11 terrorist attack, natural disasters such as earthquakes, and the like ― are much more likely to dream explicit dreams about the event. In the specific case of the coronavirus, people more subjected to the virus ― examples including those with affected family members and essential workers ― are more likely to have vivid dreams about the virus itself.

However, even if the dreams the general public has aren’t obviously about the fear of the virus, it may be that the dreams are metaphorical, and, according to Perrine Ruby, a researcher at the Lyon Neuroscience Research Center, “It may be one of the mechanisms used by the sleeping brain to induce emotional regulation.”

Barrett, in her own research, noticed certain patterns while conducting research. “I’ve just seen dozens and dozens and dozens of every kind of bug imaginable attacking the dreamer,” she said. Castro’s recent nightmare about maggots confirms this, though not every individual may dream about bugs. Junior Eliza Petrosian says that her dreams have certainly changed as well, especially in the visual aspect.

“In [my dream], my dad’s side of the family is all demon hunters working for an organization and they send my cousin, my brother, and I suddenly to the laundry room at my grandmother’s apartment complex to kill one. They trap the demon in the washing machine… and my cousin starts to open the washing machine and stabs inside of it,” Petrosian said. “Next thing I know, the demon has killed him. So then my brother and I go on the run. [The dream] then jumps and we have these two pets. One, I can’t remember, but another is a flying robotic dog. My brother and I are practicing using our telekinetic powers to save people from falling out of buildings.”

“The first part of my dream was so very vivid and cinematic,” Petrosian said. “Which is something I’ve been noticing about my dreams recently and it’s that even if someone I love is dying, the colors are beautiful.”

Is there anything one should do about these sometimes overwhelming dreams? Guzman recommends finding ways to be alone if you are not already able to. “You could lock yourself in the bathroom for an hour if you need some alone time,” she said. “I know a lot of people hate exercise, but right now it is the most relaxing thing.” According to Geisinger Health System from Pennsylvania, this is true; Exercise is one activity that is known for decreasing stress levels.

On top of this, being mindful, staying away from the news for a while, and generally making time for self-care will help tremendously with getting through quarantine boredom and improving one’s mood. 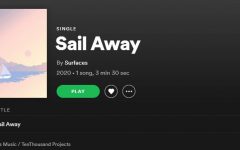 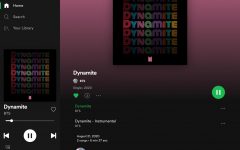 BTS lights up the charts with their new single, “Dynamite” 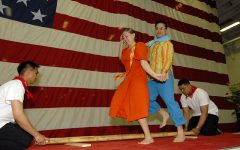