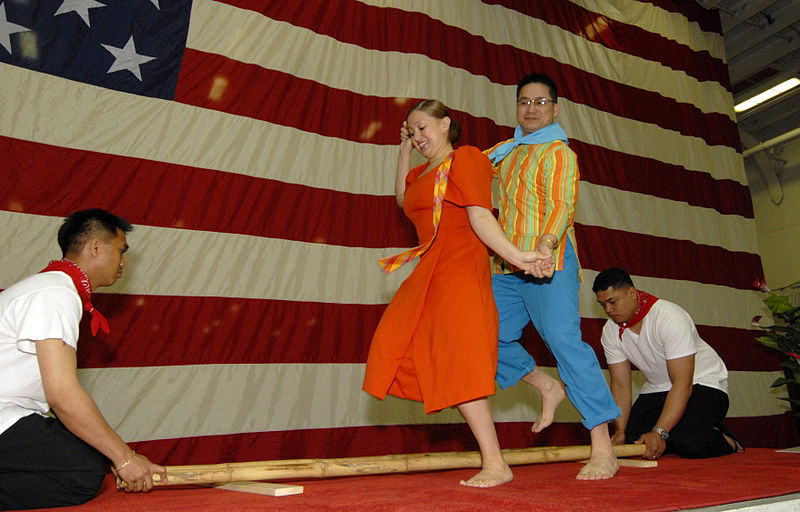 Second-generation Filipino Americans refer to those born in America with Filipino immigrant parents. This term emphasizes both the ethnicity and nationality of an individual, creating more diversity in their cultural identity.

“Even though I would technically be considered a first-generation Filipino American, I consider myself a second-generation as migrating wasn’t my choice to make,” said electrical field engineer Michael Lazaro. “It was difficult at such a young age; however, I was quick to adapt to the culture and ‘American ways.’ I practically grew up here.” When he was only six years old, Lazaro moved from the Philippines to the U.S. with his father and younger brother.

Filipino mass migration began in the early 20th century due to Filipinos being U.S. nationals. Migration was caused by a variety of factors, but many immigrants worked as a result of the U.S.’s demand for labor.  Filipino women, for example, migrated in response to a shortage in nurses.

Although second-generation Filipino Americans are given the opportunity of a better life in the States, many face some unique challenges that are too familiar in the immigrant community.

“Being a child of immigrants is culturally different,” Lazaro said. “We learn one culture at home, but [we] are taught another [culture while] growing up in our American communities.”

Growing up, children learn from the people and environment they are surrounded by. At home, as Filipino immigrant parents speak in Tagalog, their mother tongue, children are able to learn from and familiarize themselves with the words they hear almost every day.

“Throughout the years, hearing my parents speak in Tagalog has helped me realize that it’s important to learn the language to help me better interact with my family,” said Glendale High School sophomore Justine Uy.

However, for others, learning a language besides English hasn’t always been as easy.

“I didn’t grow up learning a lot about Filipino culture, such as speaking Tagalog,” said Clark sophomore Alexis Faulan. “I sometimes feel distant from my relatives since I can’t embrace my culture without knowing much about it.”

It’s quite difficult holding onto a foreign language that isn’t taught in most American schools. Tagalog was first taught in San Diego County in 1975. The language is taught at colleges in California, Hawaii, Illinois, Michigan, New York, Oregon, Pennsylvania and Wisconsin, but it’s known as a Less Commonly Taught Language (LCTL).

Spanish, French, German, Latin and Japanese were the five most commonly learned languages in grades K-12 from 2007 to 2008. According to the 2006 MLA Foreign language Enrollment Survey, only two percent of students enrolled in higher education studied LCTLs, with only 1,569 students studying Tagalog.

Despite the lack of Tagalog in American education, there are specific schools in the country that allow Filipino Americans to connect to and learn more about their heritage. The Filipino School of New York and New Jersey was founded in 2008 and offers children courses on traditional dance, language and culture. The school’s executive director, Venessa Manzano, started the program because there wasn’t one in their area. The Filipino School is also modeled after a school in Massachusetts, Iskewlahang Pilipino.

In addition to language, cuisine and traditions are also important aspects in Filipino American culture.

“Filipino dishes are authentic, which makes the dishes taste complete and original,” Lazaro said. “However, American fusion is more healthy since they substitute ingredients with healthier options.”

The Philippines is also well-known for ube, or purple yam, which is indigenous to Asia. Ube is commonly used in Filipino desserts, such as halo-halo and ube halaya, but it also appears in Filipino-American sweets. With locations in Chula Vista, Artesia, Chino, Las Vegas, Mira Masa and Pasadena, Café 86 sells ube treats like upside down cakes, cupcakes, pop tarts, lattes and truffles.

Besides cuisine, Filipino American culture consists of various traditions like debuts, traditional celebrations of a girl’s 18th birthday. Debut traditions include the 18 candles, 18 roses, 18 treasures and the cotillion. The cotillion is made up of 18 individuals — nine females and nine males. This group, with the celebrant, performs a dance to honor her birthday. They traditionally perform a waltz, but many debuts add fun and trendy dances that represent American culture. Many debuts also include folk dance, such as tinikling, which is performed with bamboo sticks.

“I would want a debut because it’s been a long tradition in Filipino culture,” Uy said. “Although, I feel like it’s a lot of work for me and my family.”

Filipino language, food and traditions have connected many Filipinos from different generations. The combination of second-generation Filipino and American culture has created a bridge between ethnicity and nationality.

“Growing up I tried so hard to pretend that I wasn’t Filipino to fit in with my friends,” Faulan said. “But, as I’ve grown older, I’ve learned to accept and embrace my Filipino roots. Through my culture I’ve been able to strengthen my connections with family and make new friends.”