Who is the most qualified 2020 candidate?

Clark decides the best fit to lead the nation 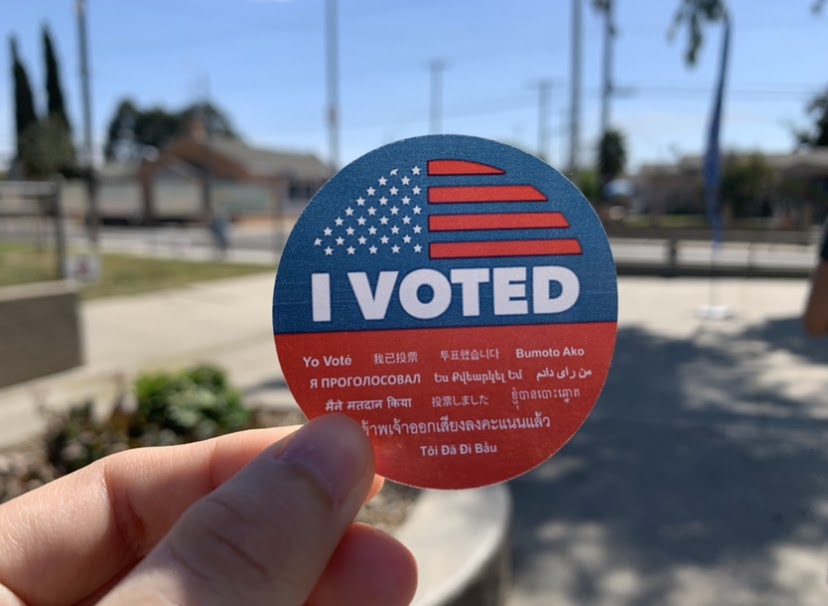 Clark seniors over the age of 18 were able to vote on Super Tuesday (March 3) for either the Democratic or Republican primary election.

Who can beat Donald Trump? Now that the primaries are essentially over, this is a burning question that’s running through many Americans’ minds, and now many Clark students have to ask themselves the same question.

Based on the primary results, it’s a two-man race between Senator Bernie Sanders and former Vice President Joe Biden. However, Biden is ahead by around 300 delegates as of March 25, and given that Sanders would have to win about 60 percent of the remaining delegates in order to win a majority, Biden is most likely to become the Democratic nominee at the convention.

Sanders initially was off to a strong start, tying with Mayor Pete Buttigieg in Iowa and winning New Hampshire and Nevada. He also won various states during Super Tuesday (March 3) such as California, Colorado and Vermont.  Biden’s success in the primaries, however, started once he won South Carolina.

Beto O’Rourke, Cory Booker, Kamala Harris, Michael Bloomberg, Pete Buttigieg, Amy Klobuchar and Andrew Yang are all former candidates who once wished to beat Biden, but have now endorsed him and are supporting his campaign. As for Sanders, his main target for supporters, young voters, have not been showing up at the polling places as expected.

Moreover, the recent COVID-19 outbreak has significantly shifted the state of the race. The coronavirus spread has postponed numerous primaries in states such as Ohio and has also had a negative effect on voter turnout in states like Illinois. It has also caused Biden and Sanders to divert their attention away from the primaries to the pandemic.

Many Clark students want Sanders to win the Democratic nomination due to agreeing with his policies. Junior Grisleda Eychaner is one of them. “I support Bernie because he has a lot of good policies and he’s one of the only people that I feel like really supports the common person because a lot of the candidates, like Michael Bloomberg, support the rich and only benefit the system, while Bernie wants to dismantle the system in the favor of the working class,” Eychaner said. “He also supports health care and education and that’s really important to me; the thought of not having to pay for college is just amazing. I think he’s the most humanitarian candidate and has the best chance to win. He really cares about the people and making things better.”

Eychaner was also in favor of Senator Elizabeth Warren as President since she has a lot of similar ideologies as Bernie Sanders and wouldn’t mind seeing her as a Vice President, which wouldn’t be too unlikely since Biden revealed last year that she’s on his possible running mate list and, at the March 15 debate, pledged to elect a woman as his VP.

“For me personally, I’m not really all about politics, but I see that a lot of people support Bernie Sanders more, mostly because of what he believes in and what he wants, so I’m leaning towards him, but I’ll have to look into them to decide who I want,” said sophomore Allison Lee.

Similar to Lee, there are many Clark students who aren’t interested in politics but there are teachers who put effort into educating their students about how the election is going. For instance, U.S. History teacher Patrick Davarhanian has been informing his students on the primary election and showing them highlights from the Democratic Debates.

Not only did former mayor of New York City Michael Bloomberg leave a bad impression on the two debates he appeared on, having been attacked by Senator Elizabeth Warren on the debate stage, but he also didn’t sit well with Clark students.

AP Government teacher Nicholas Doom assigned his students to write down three attacks from the Democratic candidates against Bloomberg, write down Bloomberg’s response, and what they thought about the interactions. Since Sanders was the frontrunner for South Carolina’s debate and got attacks from the other candidates, the students were assigned to do the same with him.

“I’m not in favor of Michael Bloomberg because he’s a billionaire and he’s benefited from the system and he claims that he supports the people and isn’t racist, but no one believes him for good reasons,” Eychaner said.

“I’m tired of Mike Bloomberg’s commercials because for every 10 Mike Bloomberg ads I get, I get one Bernie ad,” said junior Anthony Lima Abrego. “He’s a Democratic Donald Trump. He shouldn’t be running and he shouldn’t have been in one of the debates, yet he still gets votes because of his money.”

The United States tends to focus on the two major parties, Democrat and Republican, but junior Daniel Arakelian is a supporter of Libertarian candidate Vermin Supreme, who to Arakelian, resembles Gandalf. “He has three policies that I remember very well: first off, he mandates that every man, woman and child in America has the right to own a pony; second thing is that he has a mandatory toothbrushing policy; and lastly, he has a zombie apocalypse preparedness plan.”

Arakelian pointed out how many people on Twitter would most likely vote for Vermin Supreme if Andrew Yang doesn’t win. Vermin Supreme must have caught their votes since Yang ended up dropping out of the race. “I’m hoping he wins because when America’s gum line is destroyed or when the zombies come, they’re going to think ‘oh, we should’ve voted for Vermin Supreme,’” he said.

Arakelian isn’t a fan of politics overall since he sees it as a sham. “Obviously, I don’t like Donald Trump. I don’t like many of the Democratic candidates. However, I think Bernie’s cool,” he said.

The rest of the Democratic candidates dropped out due to mostly not doing well in the polls, but their standings were poor with Clark students as well. “The people that I dislike the most are already out of the competition. They all have their flaws in ways,” said junior Eliza Petrosian. “You can always bring something up that’s just a little bit icky that they’ve done because they’re politicians and that’s how things work”.

“I don’t like Pete Buttigieg and Mike Bloomberg since there’s sexual harassment charges on both of them, and I can’t support a candidate that has these type of charges on them,” said senior Egypt Jimenez.

“Buttigieg has good morals and he’s a good mayor, which is a good quality for a president since we’ve had a TV celebrity as our president,” Albrego said. “I don’t like Amy Klobuchar and every time Buttigieg tries to say anything, Klobuchar always tries to fight him. She claims that she’s not a boring person, but she really is.”

Both senior Ani Avakian and Eychaner dislike Biden. “Biden has all of these laws in place that he wants to make official once he becomes president, but he was vice president once and it never worked out and due to his past trauma that’s happened with his son, I don’t think he’s in the right place right now to be president,” Avakian said.

“I don’t like Joe Biden because he’s all like ‘I’m here because I was here before and now it’s my turn to be president’ when no, it’s not your turn,” Eychaner said.

Avakian feels that she can trust Sanders more since he’s always been an advocate for what’s right while Biden isn’t. For instance, Sanders always supported gay marriage — even during a controversial time — while Biden was against it at one point. Even though Avakian wasn’t able to go to a polling place on Super Tuesday due to work, Sanders would’ve had her vote. “Bernie is at that point in his life where he’s lost and he’s grown from it, which is why it’s important for him to be elected because he knows what’s best,” she said.

Right now many Americans have to decide whether to vote for someone they agree with in terms of policies or someone who can beat Trump. “I’d rather have someone I agree with because we’re going to be living somewhere where our future is affected and it’s important to have someone who wants to make it better, not just someone who likes to compete,” Avakian said. However, even though she is a Sanders supporter, she doesn’t believe he’ll win the fight against Trump. “That’s really sad to say, but it’s only because of what’s going on right now with society and the economy. Trump right now has a strong standpoint because he’s been working with what’s happening.” 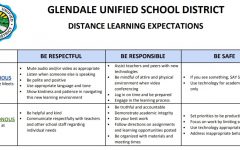 As enrollment numbers have kept increasing each year at Clark Magnet, the counselors had to figure out a way to balance their daily workload. Thus, th...

The first student voice panel of the school year was held Oct. 20 through a virtual Zoom meeting. With two to three student representatives from each ... 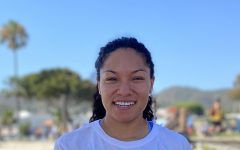 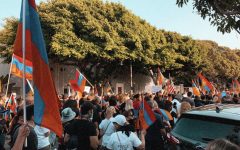 Fighting for change in diaspora and Artsakh 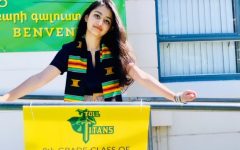 Eighth graders promote in a different way than usual

Searching for entertainment in quarantine

The day after the statewide stay-at-home-order was delivered by California Gov. Gavin Newsam, thousands of Californians went out anyways to pick up th...