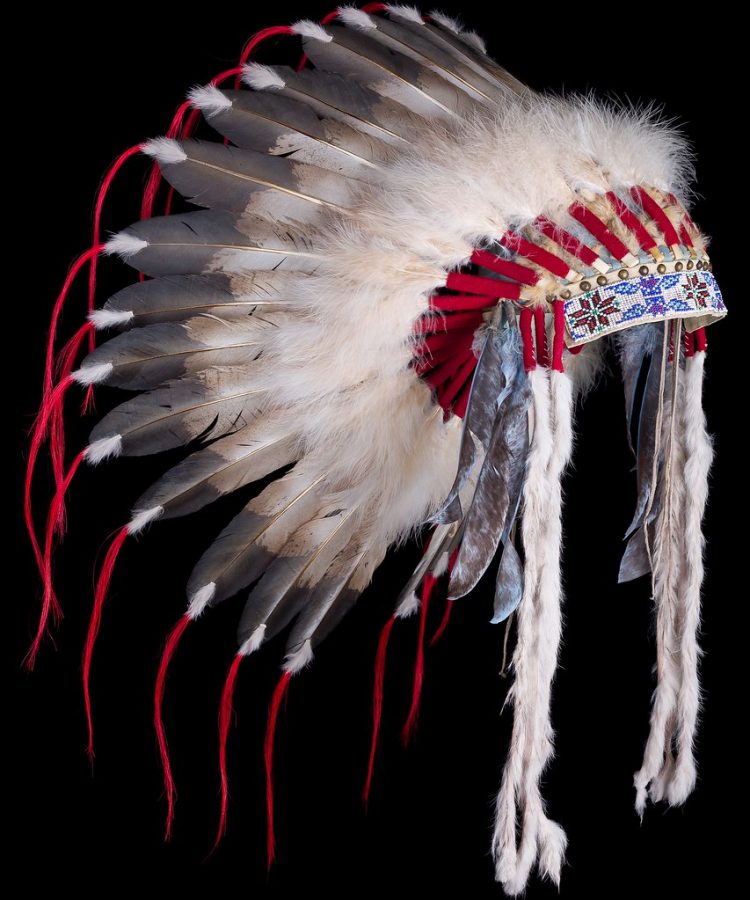 Cultural appropriation is a growing problem and it can be represented in many ways, such as people wearing Native American headdresses to certain festivals.

“Although it is more than okay to appreciate other people’s culture, robbing aspects of a culture without understanding the traditional importance is really disrespectful,” said Clark sophomore Daniel Legita.

“I think there’s a weird fine-line between whether something is cultural appropriation or whatnot,” said Clark teacher Eric Krusinski. “Cultural appropriation is definitely not a good thing, especially when it invokes colonial sentiments, but one thing that I have discovered this year is that it’s generally acceptable to dress and pay honor to a certain ethnicity, let’s say for Halloween.”

Many teens now-a-days live in the fantasy world of social media where most roots of cultural appropriation take place.

For instance, in June, Kim Kardashian, a social media influencer who has attracted many teens, announced her fashion line: Kimono. Soon after the announcement, she started receiving backlash due to the name she had chosen for her brand. In Japanese culture, a kimono is known as a “t-shaped wrapped garment with long and wide sleeves worn so that the hem falls near the ankle.” A kimono is used depending on the gender, marital status and event. The designs that a kimono contains are based on the wearer’s personality traits and virtues.

“When someone like her is trying to take that name, which has so much history behind it and so much cultural background to just turn it shapewear, it’s sort of infuriating,” said Glendale High School sophomore Justo Vicent, who is of Asian descent.  “People will associate something beautiful like a kimono with something sleazy by Kim Kardashian. Such a name should not be taken from another culture if you’re not able to use it properly. ”

Kardashian ultimately changed the brand name from Kimono to Skims, which later released on Sept. 10.

The annual Coachella Valley Music and Arts Festival  is also a place where cultural appropriation can take place. This festival is one that many teens attend, along with a variety of social media influencers.

Despite all the fun that Coachella might bring, Coachella is the place where teens and influencers put on their most crazy outfits and party. Some of the accessories that people can be found wearing during this festival are bindis, headdresses and hennas. People wear these “accessories” because they are “trendy” and make their outfit look better, yet they may not understand the meaning behind such sacred pieces.

A bindi, for example, is a dot placed in between the eyebrows that is worn mostly by Hindu and Jain women. In Hindu culture, the red dot represents “piety” and it serves as a constant reminder of God. It also serves as a sign of marriage.

Similarly, the Native American headdress is a piece of art that was worn by warriors in many tribes. It is made up of feathers, each feather given to the warrior when they committed an act of bravery. The feather was given to them in a ceremony that required preparation, such as fasting.

A Mehendi, or better known as a henna, is a paste that is used to bring positive spirits to life and to bring good luck. This paste is mostly used during the Mehendi Ceremony in Indian weddings in order to make designs on the bride’s body relating to Indian culture. Some designs include animals, nature elements and Hindu gods.

“Hennas are also part of Desi culture, so every Eid, there’s always a group of elder ladies who give hennas to all the young girls and it’s basically a tradition in almost every Bengali family,” said sophomore Anisa Alam, who is Bengali. “I get upset when I hear people pronouncing the word wrong and seeing people getting them during vacations when they don’t understand the art behind it.”

Another example of where cultural appropriation can take place is through an app called TikTok. This is an app where people can post 15-second videos, topics ranging from dancing to comedy. Many trends that have gotten popular were because of this app, including the rise of people trying to recreate type 4 hair on themselves — the type of hair that black women typically have — and the usage of durags.

Many people have been trying to recreate type 4 hair using bantu knots or perms. Some have even gone to the extent of using products that are meant for black women’s hair. This natural hair type that once had black people get punished for it, is now being recreated by people, especially white women, because it simply “looks good.”

“Being black myself, I feel like it’s wrong for people to try and recreate this style of hair without being aware of where it comes from or without giving credit to the culture who started it,” said freshman Tyler Marshall.

In a similar way, some on TikTok have been using durags to make their hair wavy without knowing the background behind it. Durags were originally used by poor slaves and laborers and are now used by black people “as a symbol of divinity and diaspora, a marker of identity and existence.” An item used by black people as a tribute to black tradition is being used by others as a piece of cloth to make one’s head “stylish.”

“Understanding that every culture is different, that it’s not okay to simplify and parody one’s culture without due respect, is the key here,” Legita said.