The internet is constantly growing, and so is your data. 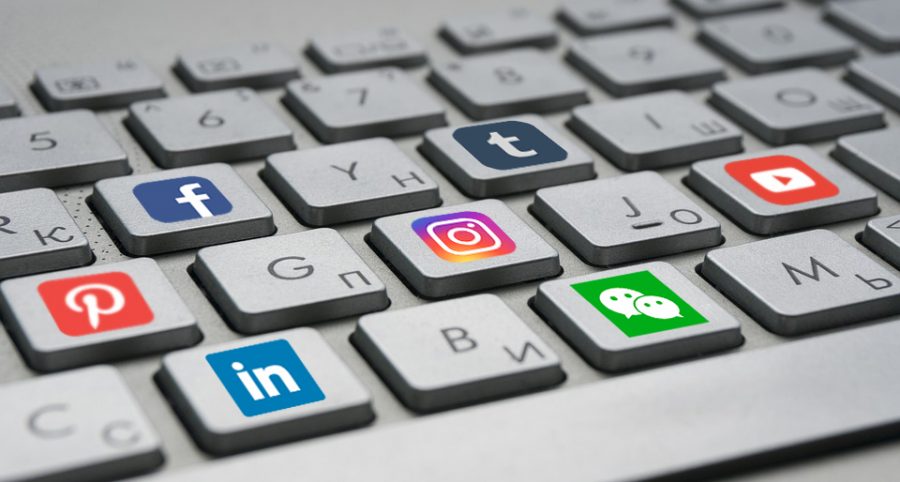 Online services extend their branches through most of our lives, whether it be for work or entertainment.

“There is no such thing as privacy,” says Sevada Isayan, who teaches Info Systems and Info Tech at Clark. And with the ever-expanding ubiquity of the internet, this prospect seems closer to the truth than an exaggeration.

All of the data belonging to you — what you post, share and search — is known as your digital footprint. However, nearly everything do while online is being tracked, stored and used to create a profile about you that includes your race, sexual identity and activity, income level, health conditions, political leanings and religious beliefs. This profile can be shared with advertisers, corporations and the government.

In fact, the National Security Agency (NSA) has been keeping logs on the American public since the 9/11 terrorist attacks, one of which includes a complete copy of internet traffic by installing splitters in people’s internet provider’s fiber optic cables.

By keeping tabs on people, the government may have more potential leads, but it could become harder to parse who is a real threat. The surplus of information can lead to wasting time on false positives and a change in government could lead to crackdowns on free speech and the press.

Almost every social media site or digital service has data mining programs monitoring its user’s behavior in order to determine trends, third-party trackers that follow users across multiple websites, and a collection of personally identifiable data that is posted or entered when signing up.

This data is then shared with third-parties, and although this may seem innocuous enough, the info can be leaked out. Advertisers can use the data for political microtargeting, digital redlining and timed marketing directed at how someone are currently feeling.

Although some may not have a problem with these activities, the extent of which data is collected and retention periods are outlined in the privacy policy that most people do not read.

However, things are not as bleak as they seem. “[Datamining] isn’t intrusive. It’s not as if they are eyeballing every person. It’s mostly metadata extraction,” says Isayan. Advertisers or online retailers can use this data to help customers find useful products or improve a website’s interface. Banks can use it to detect fraudulent transactions, and social media sites and email services can use it to detect spam or malware being sent.

If it’s not worrying that an invisible corporation having potentially unwanted information on users, students could still be vulnerable to their own school district monitoring them.

In 2013, Glendale Unified School District (GUSD) hired Geo Listening in order to keep tabs on students to prevent cyberbullying and threats by scanning posts in certain geographic locations (called geofencing) and flagging posts with specific keywords which were then reported to school officials.

However, due to a very mixed reception and the inability to monitor some other social media programs, it was dropped in 2017.

Although GUSD has dropped Geo Listening, there are still other software and services that also use geofencing, monitor school-provided Google services, and proprietary filtering algorithms to review social media that school districts have invested in. These services can sometimes detect legitimate dangers but are prone to picking up posts by people who are not students or misinterpret hyperbolic or inside jokes.

All of this may sound concerning, and according to Pew Research Center, most people are worried. Over 80 percent of Americans who use social media are concerned about businesses accessing the information that they share and most people feel unsafe sharing private info over most methods of digital communication.

“Privacy in general is important to everyone,” says Daniel Arakelian, a Clark junior, who says he is an avid internet user. “I think at some point you have to realize that there’s stuff we do and it might not even be bad things, but being secure and feeling that you can do whatever you want without being watched is a very important thing for people.”

Although it is challenging to ditch the digital landscape or completely prevent yourself from being surveilled, it is possible to manage your digital footprint and find what you are comfortable with being public.

“I think generally people only give thought to privacy once their privacy has been compromised. I definitely think teens and all individuals should have privacy at the forefront of their minds when using online platforms,” says Anna Margaryan, a counselor at Clark. “Once it’s out there, we generally can’t take it back so post with caution.”

As students transition from school to employment, most employers will screen potential employees for their online reputation and learn what they can find out about them. Friends and family may also stumble across potentially offensive content which can harm someone’s public image.

“It is, indeed, unfortunate that some teenagers, even adults, do not realize the extent of the effects of social media,” says Karine Turdjian, Clark’s head counselor. “We have dealt with cases when a teenager shared inappropriate pictures or video recordings with a ‘trusted’ friend and the next day pictures/recordings went viral, turning the teenager’s life upside down.”

“It’s very easy nowadays for people to change letters in their account name to pretend to be someone else or pretend to be you,” says Isayan. He suggests people, students especially, to avoid oversharing any personally identifiable information such as date of birth, mother’s maiden name, or educational information.

Privacy and security still seems to be back of people’s minds, as most people wonder where the rapid-fire growth of the internet will take society.

“There’s just too little privacy on the internet nowadays,” Arakelian says. “I have a VPN and adblock. They’re a big step in thwarting the whole tracking, but it’s still prevalent and still exists.”