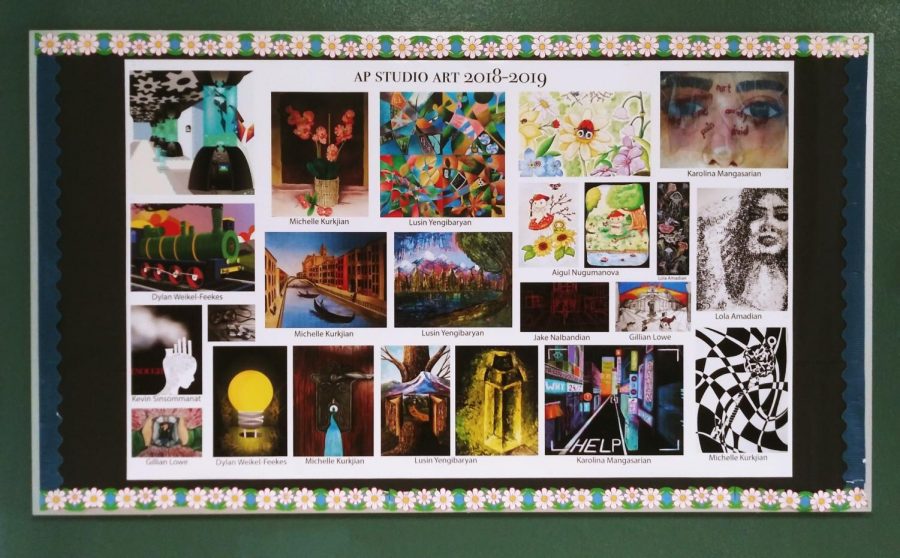 Consider the following: You’re an artist. And you’ve been working on this one piece for hours and hours, putting your time, effort and heart into the thing. Once you finish your magnum opus you decide to post it onto your social media page, to share your work with fellow artists to inspire and get criticism from the community.

It gets a good amount of recognition — likes, comments, shares, etc, — until one day, you find out that a different account has reposted your work and the post has gained way more likes and activity than yours. Unfortunately enough, this is the type of struggle many artists in the online art community face, and just one struggle of many.

Art theft is the act of stealing artwork from an artist, but not your typical ‘Vincenzo Peruggia steals the Mona Lisa’ kind of theft. Since the rise in popularity of social media, more and more freedom has been given to billions of people worldwide to share, socialize and create more original works of content such as YouTube videos and news blogs. But along with that freedom, it’s also caused many problems. In this case, the act of stealing artwork online has become easier and more accessible than ever before.

“I feel that it’s an issue that shouldn’t be as common as it is,” said Julia, a young artist in Florida. (“Julia” is not her real name, as this person was concerned that if she used her real name, others might find out her identity and steal even more of her art.)

“Artists put a lot of effort into what they make and people like to steal it and think they can get away with it,” Julia said. “It shouldn’t be as normalized as it is because it’s a problem that robs artists of possible attention and job opportunities. It’s unfair.”

Yeranui Paronikyan, one of the art teachers at Clark, said that the technology of today makes it much easier for artwork theft to occur and that it is reasonable for budding artists to be concerned about protecting their work. “Just like in any other theft, it’s not a good thing. If it happened to you… it’s not a good thing to experience. It does happen more often than people think it does. As far as in the classroom, here and there I might see students trying to use artwork, but overall I encourage everybody to do as much as they can with their own work,” Paronikyan said.

There are many different forms of art theft. You can mainly find these instances on sites like Instagram, Pinterest and many other social media sites. These types of theft include repost accounts (accounts that repost art of another artist’s usually without crediting the artist whilst gaining more attention than the original poster) and other variants such as tracing someone else’s work and claiming it as your own, or even heavily referencing it.

“If someone’s just looking at someone’s artwork just to learn it or copying it for learning purposes, that’s different. But using it as your own art or calling it your own, there’s a difference between that. If they’re just learning, then you can just copy the work and learn the process, but not do anything with that. But if you’re turning it in as your own work, then that’s when it’s wrong,” Paronikyan said.

Julia said that art theft has caused her personal grief. “Yes, I have [seen art get stolen in the art community]. I’ve gotten my own work reposted without permission and some other artists I know as well… What they’re doing is basically a crime seeing as they’re not putting in any effort and profiting off other people’s work… they don’t do anything but grab a drawing that took a long time to make and shamelessly repost/trace it, while the artist loses attention and business opportunities.”

“The worst type of art theft (in my opinion) is when people with, usually fan accounts, repost with ‘credit to the artist’ or something like that. If you’re going to take someone’s art and use it elsewhere you need to be responsible and help those artists. Also you should ask the artist first before you repost,” said Amy, an artist at Clark. (“Amy” is not this person’s real name, and she has chosen to be anonymous for the same concern of having her art stolen from people knowing her identity.)

“Obviously any sort of art theft (reposting, tracing, stealing original characters, etc) is harmful, especially since some artists rely on their art to make a living. Part of the art community is disabled and art is pretty much the only job they can take, so when people repost their art it’s taking their income away,” Amy said.

Although there are many ways people can steal art online, there are also many ways one can prevent this situation. This can include adding watermarks, copyrighting your art, or changing from a public to a private account to control who gets to see the artwork. Reporting stolen art or uncredited repost accounts and spreading awareness of art thieves is also one of the most helpful ways to stop art theft, as many people and artists in the community band together to stop this kind of frequent behavior, though sometimes this can’t always stop people from stealing.

“There’s really not much I can do, except watermark it and explicitly state that my work is not to be reposted without credit. Other than that I can’t really do anything to stop people from stealing,” Julia said. Amy says that they put the phrase ‘Don’t Repost’ in their bio on Instagram.

Paronikyan said that it is important to talk to artists, and budding artists, about art theft before the problem gets out of hand. “I would talk to the student first of all, and depending on their reactions and if they take responsibility, then they would change their behavior and we’ll go from there as far as the consequences of any kind of misbehavior.

“I have looked into — as far as other artists’ work that I’m trying to possibly promote — how to protect their work,” Paronikyan said. Looking into copyrighting art pieces is one of the best ways to protect the work from getting stolen, according to Paronikyan. “If you have a social media site where you’re putting it up, maybe make some kind of watermark so that people can’t use it, or being selective with who comes into your social media. I’m sure there’s a lot of possibilities out there but each artist has to see where they can protect themselves and how, depending on where they’re exposed.”

Even though artists can’t fully stop their work from being stolen, traced and uncredited online —  even as much as they try to prevent it — this is why it’s important to spread awareness about the topic. Many artists online have to face this problem today, protecting their hard work from being stolen, and its important to recognize their efforts and properly credit them, especially where they deserve it.

“I think we really need to address art theft in the community because it’s become a big problem,” Amy said.