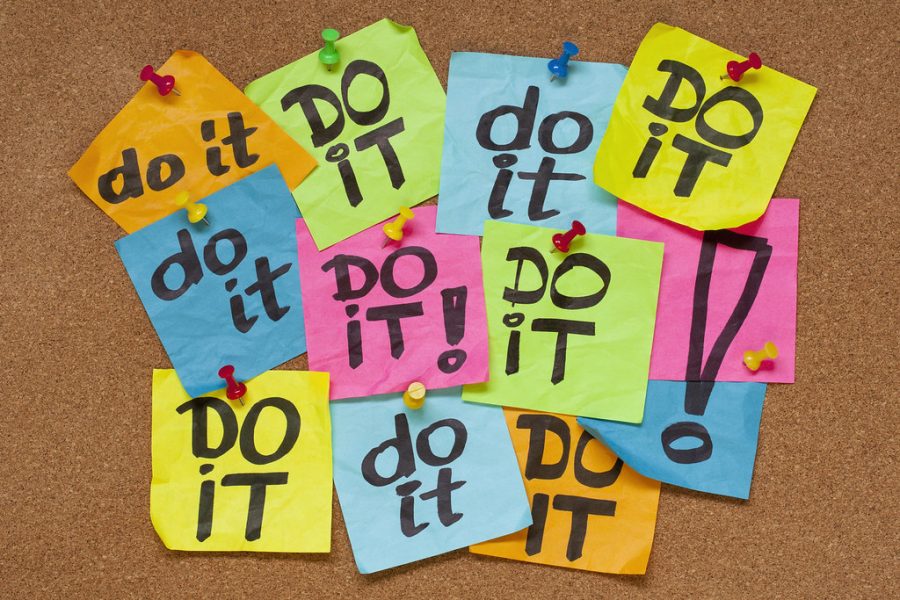 Procrastination is an issue that most high schoolers have to deal with on a daily basis.

Breaking down the science behind procrastination

Junior Daniel Arakelian personally labels himself as a chronic procrastinator. “I think [what  makes me procrastinate] is a combination of how much workthere is to do on a given day and how my brain reacts to understanding how much work I have to do,” he said. “I’m bothered [by the habit] because [I know] It’s not a matter of getting the work done, it’s mostly me doing things that I would want to do later after work.”

In contrast, junior Jannice Rigor thinks of procrastination in another way. “I wouldn’t call myself too much of a procrastinator; though I have some of my lower points. I catch up really quick. I think I’ve learned better now [in terms of procrastinating] because I’m investing myself into things I’m a little more passionate about,” she said. “I think that I’m challenged because the work environment frustrates me, but getting it done seems so worthy in the end.”

Procrastination can be an irritating habit to handle, but fortunately, recent research proves that it’s easily avoidable with some understanding of psychology and a little effort.

It’s safe to say that society’s current views on procrastination are different compared to those of the past. Procrastination actually has an extensive history; it even dates back to 3500 B.C.E., when Neanderthals created board games to pass time.

However, procrastination wasn’t necessarily seen as a negative thing until the mid-eighteenth century.Approximately 20 percent of adults label themselves as chronic procrastinators. Furthermore, a study conducted by StudyMode network in 2017 proved that out of 1300 students in high school and college surveyed, 87 percent of them admitted to procrastinating on school assignments. In order to understand exactly why humans are so prone to procrastination, psychology is here to help.

AP Psychology teacher Patrick Davarhanian says that this is an accurate way to explain procrastination. “There’s a reason people love to go, for example, to theme parks. There’s always this battle, this back-and-forth in terms of doing things you want to do in life and doing things you need to do,” he said. “It’s a matter of balancing and it’s a matter of priorities.”

Tim Urban, who runs the blog called Wait But Why, creatively models procrastination using drawings in this TED Talk to demonstrate a simple way of what happens when someone procrastinates.

Another aspect of procrastination is the concept of human needs and goals, as demonstrated by Abraham Maslow’s Maslow’s Hierarchy of Needs, first developed in 1943. “If … something is connected to your overall well-being, so your ability to say, pay the rent, people usually try and prioritize that,” Davarhanian said. “The need for those basic fundamental needs, those are going to be for the most part, priority over … pleasure-seeking. We tend to make sure there’s a roof over our head, that we have our next meal covered, so that would be fundamental.” The hierarchy essentially explains the fact that humans have basic needs such as food, water and rest, which are our motivators as well.

However, there exists the good side of procrastination as well — known as “active procrastination” — which according to AlterNet.org means “putting off projects that don’t really need to be done right away.”

Active procrastinating is generally for people such as Clark counselor Anna Margaryan, who prefers to work under pressure and (in some cases) procrastinate to make better use of their time and productivity. “I am, if I can be honest, a chronic procrastinator. In fact, I actually think I work better under pressure,” Margaryan said. “When I have to really sit, and focus, and get it done I think I’m pretty productive, whereas if I have a lot of time I tend to put things off.”

“In talking with students about procrastination, one response I often hear is ‘I don’t have time.’ While I know that students have very busy lives, saying ‘I didn’t have time’ is not a very good excuse,” she said regarding how big of an issue procrastination is with Clark students. “For other students, they underestimate how long an assignment might take them, so they procrastinate because they think they’ll get it done, only to find out that it’s more labor intensive then they realized. I believe that for most students who procrastinate, poor time management and lack of organization negatively impacts school performance and creates unnecessary stress.”

Because everyone is their own person with unique learning styles, one could figure out what works best for them and what makes them the most productive. “Something important to know is that most everyone does procrastinate at some point; however, not everyone is a procrastinator,” Davarhanian said. “So there’s a significant difference between procrastinating some tasks occasionally and also being like a chronic procrastinator.”

It’s also no surprise that technology is a culpable aspect of keeping us distracted and fueling procrastination. An article by CNN claims that modern technology is highly responsible for memory loss and lowered focus in the youth if abused. Technology is especially sensitive to people with “impaired cognitive control,” which includes small children and the elderly. As a result, it’s safe to say that “turning off mobile notifications and making an effort to use only one high-tech device at a time is a way to stretch our cognitive resources.”

Margaryan suggests a quiet area “devoid of distractions” in order to effectively do work. “It’s so easy to get distracted, and I try to really find a quiet space to work at home when I need to do that, and I think all students need a place like that,” she said. “When you procrastinate, speaking from personal experience, you put induced stress on yourself that you can avoid just by breaking things down and doing them earlier.”

In terms of scientifically proven ways of breaking the nasty habit of passive procrastination, there are several approaches one could take: the Seinfeld Method, the procrastination equation, digital minimalism, and mindfulness.

People have their own approaches to countering procrastination. “When I’m reading, I always like to have an audio. I like to imagine a movie playing so that keeps me on track,” Rigor said. “It sounds goofy and all, but it really does help.”

Arakelian, however, is still on a mission to find what works best for him. “I’ve tried different things, mainly music, which doesn’t work because I can’t focus. I’ve also tried getting everything out of my way but that doesn’t work either because I have a short attention span,” he said. “What I’m trying right now is frequent breaks, which is actually helping.”