Technology interfering in the education world 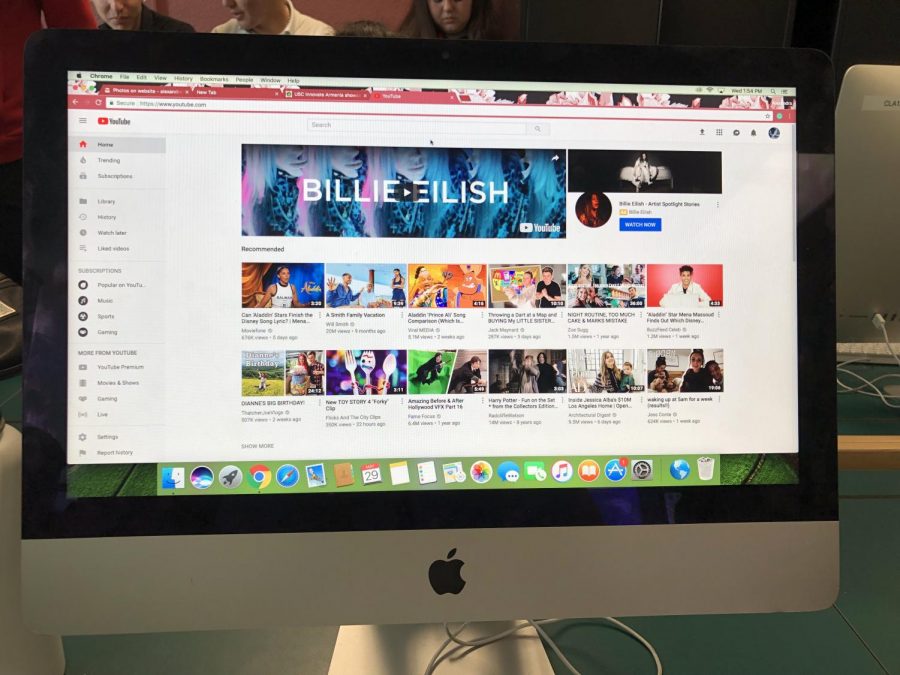 Many students use their productive time on Youtube or other social media networks instead of doing school work.

For junior Melanie Sepanian, technology isn’t just a tool, it’s a way of life. From the moment she wakes up to her last moments before falling asleep, Sepanian, like millions of other teens, finds technology to be a steadfast companion in her daily life.

“Technology is definitely distracting me from my daily life in both a positive and negative way,” she said. “It helps me learn new things every day, while negatively not letting me complete my school work on time. Instead of doing math homework, I would be on YouTube watching videos.”

Many learning apps and websites like Duolingo, Sparknotes and Khan Academy have benefited students with homework help but have given them an excuse to go on the internet. Today, a student’s after-school routine consists of YouTube, Netflix, Instagram, and many other technological resources. Technology may be benefiting students with their education, but it has also given them an excuse to use their phones.

Some may say that cellphones should be banned in schools so that students are not distracted during class hours. In California, lawmakers created a bill that requires cell phones being banned or restricted in some schools, according to KTLA. Creator of the bill, Assemblyman Al Muratsuchi, recommends all schools in California eventually probit or restrict the use of cell phones on the school’s campus. The bill wasn’t passed, but the introduction of the bill was noticed by many school boards.

According to the Pew Research Center, 95 percent of teens in the U.S. have a smartphone that has access to the internet and social media networks. Within the past ten years, technology has influenced teenagers, especially through social media.

“Many students use technology as a play zone for social media and not a resource tool,” said junior Eli Cruz. “Technology today has students so magnetized to them when recovering information that some may seem to forget other sources, such as high-quality books, to receive information,” he said.

For many students, phones are the main source of entertainment and social interaction; the better part of their day is spent staring at a screen. In a Clark Chronicle survey of 30 AP Psychology students, more than half reported that they spend more than three hours a day on their phone.

“Technology is a powerful tool that has both a positive and negative impact on students by giving them the ability to conduct research on important topics with the click of a button,” Davarhanian said. “According to our psychology text, the internet is a social amplifier that has the ability to connect people with friends and family and allow individuals to share common interests.”

“For some classes, using phones might be a vital part of the lesson (Kahoots, interactive lessons on Nearpod, surveys, etc) and for others, it can be a distraction. But in all cases, there should be clear rules and procedures for using phones. At the end of the day, however, students are responsible for their own learning and must make good choices,” Davarhanian said.

Besides teachers indicating the over usage of social media, students’ perspective on the situation is often the same. “Instagram has such a way of influencing teenagers by giving a false perception of a perfect life that can be discouraging sometimes when seeing it, as well as occupying our time when students should be doing things that is more beneficial for their education,” said junior Tsoler Demerjian