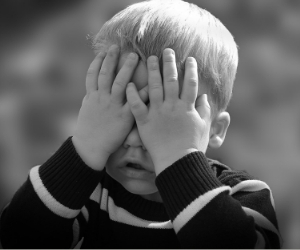 The foster system can cause serious emotional damage to children of any age.

Foster care is a temporary living situation for the children of parents deemed “unfit” by the child welfare support system. It is meant to support children as they find their way and adjust into a new family. As a system working to help hundreds of thousands of children, it can sometimes develop problems.

Former Court Appointed Special Advocates volunteer and foster parent Kristianna Moralls recently fostered a teenager with special needs. She has had multiple bad experiences with the system, but this one was especially heart wrenching. Moralls struggled with the difficulties of fostering a teenager and sought support from the system.

Many children and foster parents have to go through this heartbreaking process throughout their lifetime. A child enters foster care every two minutes in the United States, and their stay in the system can range anywhere from a couple of weeks to the time when that child has turned 18. The setting can vary as well, leaving children with foster parents, a distant relative, a pre-adoptive parent, or a group of other foster children and an adult in a group home. According to the American Society for the Positive Care of Children, fifty-eight percent of the children in the system have a goal of being reunited with their biological parents and the other 26 percent are attempting to be relocated to a new and, hopefully, “forever” family.

As a system meant to benefit the lives of children, the statistics for success are surprisingly low. Fewer than 3 percent of the children in foster care will go on to earn a college degree. Children will sometimes be given seven-days notice before being relocated, with their school changing almost every time. Along with them being relocated, their records may also be displaced, making it hard for them to progress at a steady rate in school.  On top of that, only 50 percent of foster kids will be employed by the age of 24, and 20 percent of them will become homeless after the age of 18.

Although the system often makes it hard for children to succeed, school systems try to support children in foster care. In the Glendale Unified School District, for example, people like the Foster and Homeless Youth Counselor Monika Grabowski work with foster youth and give them resources they need. These resources vary from socio-emotional support to Christmas services which provide children with gifts and events during the holidays.

“The hardest thing that we face when working with foster youth is the fact that they move around quite a bit and it may be hard to establish lasting relationships with them since they switch schools often,” Grabowski said in an email interview. “There is sometimes a lack of trust in the ‘system’ by the student and their families, so you have to work extra hard to put them at ease and help them understand that you are here to help. Students often have many people in their lives that come and go, so they don’t bond with a new person too easily.”

The system can make it difficult for children to succeed. Without solid mental health help or trauma advisors, children often live with the horrors of whatever caused them to be put into the system without any relief. That trauma isn’t helped with the constant uprooting of children from different foster homes and families at critical times in their life.

According to the American Academy of Child and Adolescent Psychiatry, children in the foster system will most likely have a lot of deep rooted trauma from essential caregivers that resulted with them being put in the system in the first place. Abuse at a young and vulnerable age from the people who are supposed to be their protectors will make trusting any adults especially difficult. Children will often act out, causing unaware foster parents to give up on the child and send them back into the system.

If, for whatever reason, a child doesn’t “work out” with a family, they will be given a trash bag for their belongings and will be transported to an entirely different living situation. Alternative Family Services shared that often, foster parents are not informed of the children’s trauma due to the lack of communication with the child or the system failing to mention it.

“It takes caring and empowered adults who want to take on parenting ― not a babysitting job from the government ― and parents who will take risks and make mistakes and celebrate wins and invest in their child for there to be success,” writer and lawyer Natashia Deon said. “For those would-be foster parents to volunteer their time to parent, there needs to be more support in trauma care and mental health for children suffering the effects of abuse and abandonment and neglect, and paid training for parents who have stepped up to try.”

Moralls describes the system as “hopelessly flawed.” With the amount of children in foster care, judges, attorneys and social workers can only do so much. Social workers are often assigned and taken off multiple cases every month, making it hard for them to keep track of children and meet their needs sufficiently. “They are just given an unattainable task,” Moralls said. “There are services out there but there is no one to help the youth get them and when they do get them they are moved to another area.”

Some children get lucky, despite the harsh conditions and low hopes for success. Moralls was a success story herself, being adopted from the system as a baby and later adopting her son out. Deon grew up with two brothers and one sister who were adopted from the foster care system. Her sister is now working in a paid internship with Tesla, one brother is working with the US Air Force, teaching aviation, and the other has made a good life for himself, living and working in Germany.

“But all of that took a lot of work and support from my family,” Deon said. “Raising teens is hard anyway, then add in past trauma. But I wouldn’t change my family. I love every one of them.”