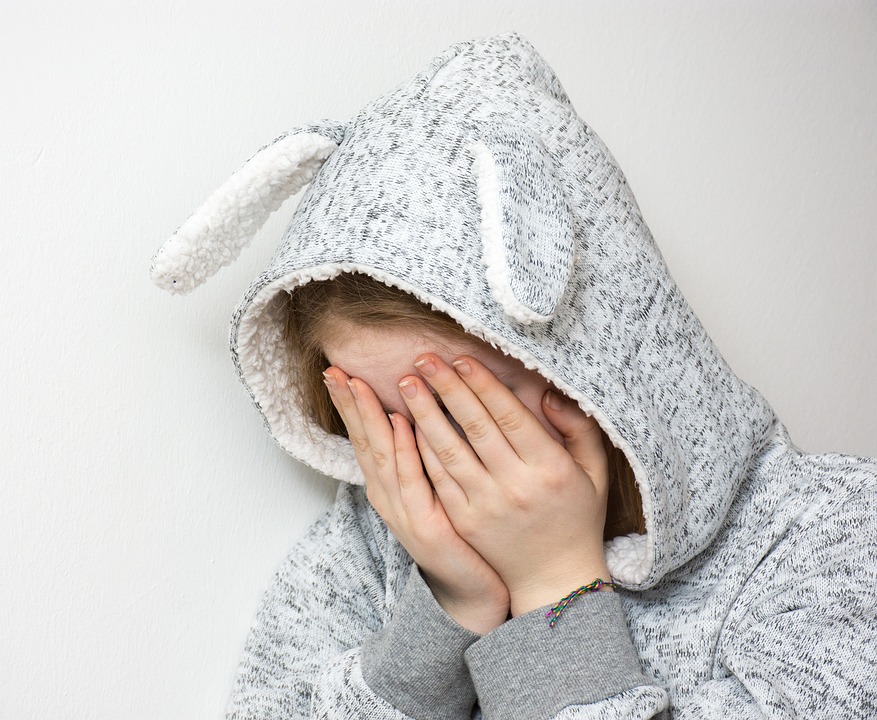 Threats grow in a technological generation

Millennials rely heavily on technology, and social media gives access to communicate with others, find out gossip, upload pictures and videos from around the world. Whatever it is — the internet has it. But the internet is only fun and games until somebody gets hurt, and the biggest issue in online hurt is cyberbullying. Cyberbullying is the act of disturbing people or humiliating them through the web.

Jake Celis, a high school junior who is home schooled in Orange County, has been the victim of cyberbullying. “It wasn’t fun, and I never really knew how to fix it, but I just completely ignored what was going on,” Celis said. Fortunately, since Celis ignored the bullies, they stopped bothering him, because they knew he wasn’t going to budge.

Cyberbullying comes in all shapes and sizes — sending threatening, insensitive messages; spreading rumors, stealing account information, and even sexting. Some believe it usually happens among younger people; however, it doesn’t have an age limit on who it affects.

Teenagers aren’t the only people who face cyberbullying. In fact, photography teacher Gregory Zamlich was recently a victim to cyberbullying. While surfing the web on a wrestling website, a fellow wrestler threatened Zamlich during a live chat. “He told me to meet him in Santa Clarita so I could fight him,” Zamlich said. “I thought it was completely ridiculous.”

People who are victims to cyberbullying are personally attacked, which can lead to depression or even suicide attempts. In Sept. 2012, a video of Amanda Todd went viral. Todd posted a nine-minute video on YouTube, holding up flashcards explaining her struggle with being blackmailed into showing her breasts online, revealing in the video that she drank bleach. Todd was teased when that suicide attempt failed but was later found dead in Oct. 2012. 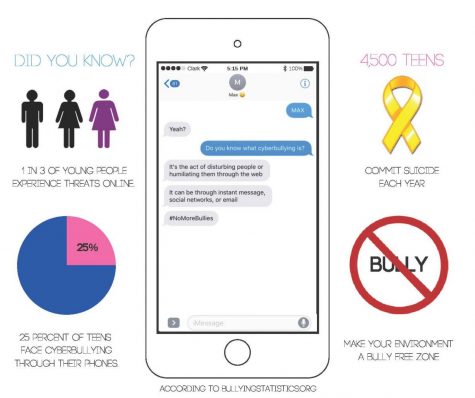 An incident in 2012 involving alleged bullying occurred at Crescenta Valley High School. Drew Ferraro, a 15 year old, committed suicide by jumping off a three-story building on campus, and his family said that bullying may have been the cause, according to the Los Angeles Times. Ferraro’s parents filed a $2-million lawsuit against the school district. This case did not go to court because Glendale Unified stated Ferraro’s suicide lacked “sufficient evidence” that it was linked to bullying, according to the Los Angeles Times. The high school had grief counselors available for students who were affected by Ferraro’s death and held an assembly addressing the issues of the effects of bullying.

In order to control cyberbullying in our environment, Celis feels that there should be major consequences. “Schools and police should be more alert and track down the bullies,” Celis said.

Glendale Unified School District (GUSD), Crescenta Valley’s district, adopted Board Policy 5131.2 in 2012, which states that staff members who are aware of cyberbullying are allowed to  “collaborate with law enforcement, courts, social services, mental health services, other agencies,” to maintain safe environments for students that face cyberbullying.

“Fortunately, we haven’t encountered any kind of bullying that has been pervasive enough for us to involve law enforcement,” said Armene Mkrtchian, assistant principal at Clark Magnet High School. She also implied that although bullying is prevalent face to face, it has shifted into social media to express feelings of hatred. “Our job is to make sure everyone feels safe with social media rampant in terms of use,” Mkrtchian said. “Students feel like they can get away with it to maintain same vigilance as if they did so face-to-face.”

Craig Lewis coordinates Glendale Unified’s Positive Behavior Intervention and Support (PBIS) program, whose stated purpose is to develop and improve school climate and student engagement to prevent bullying. “GUSD employs programs such as Second Step in our elementary and middle schools to develop and enhance students’ Social-Emotional Skills,” Lewis said in an email. “As recently as a week ago, I visited sixth grade classes at Dunsmore Elementary school to highlight their role, as students, in recognizing, addressing and preventing bullying.”

As Glendale has been trying to prevent further situations related to bullying, the state of California has also been addressing cyberbullying. Seth’s Law, passed in 2012, mandates California public schools to “update their anti-bullying policies and programs, and it focuses on protecting students who are bullied based on their actual or perceived sexual orientation and gender identity/gender expression, as well as race, ethnicity, nationality, gender, disability, and religion,” according to ACLUNC. Seth’s Law was named in honor of a 13 year old, Seth Walsh, a member of the LGBTQ+ community, who had taken his own life.

A suicide in Vermont also led to a law being passed. Ryan Halligan, a 13-year-old boy, took his own innocent life by hanging himself in the family bathroom, according to NOBullying.com. Halligan was taunted through instant messaging online by a group of people calling him gay. Ashley, a popular girl at school Halligan had a crush on, pretended to like him to get information about him, and started spreading that information to her friends. After he committed suicide, Halligan’s father stumbled across the messages on his son’s computer. Due to his son’s death, his father sought laws to be passed in Vermont addressing cyber bullying. According to cyberbullying.org, the state passed an unambiguous law, statute § 1162, that allows “suspension or expulsion of students for their bullying behaviors even when not on school property.”

A recent Netflix original series, based off the novel 13 Reasons Why, also addresses the effects of cyberbullying. The main protagonist, Hannah Baker, leaves 13 recorded cassette tapes aimed towards the thirteen “bullies” which caused her to take her own life. This show spreads awareness about how what you say can heavily affect other individuals.

Cole Gonzalez, a 13 year old from Orange County, once witnessed cyberbullying happening towards his friend. “I told an adult and felt like a snitch, but I knew it was the right thing to do,” Gonzalez said. “If you can’t be kind, then stay quiet.”