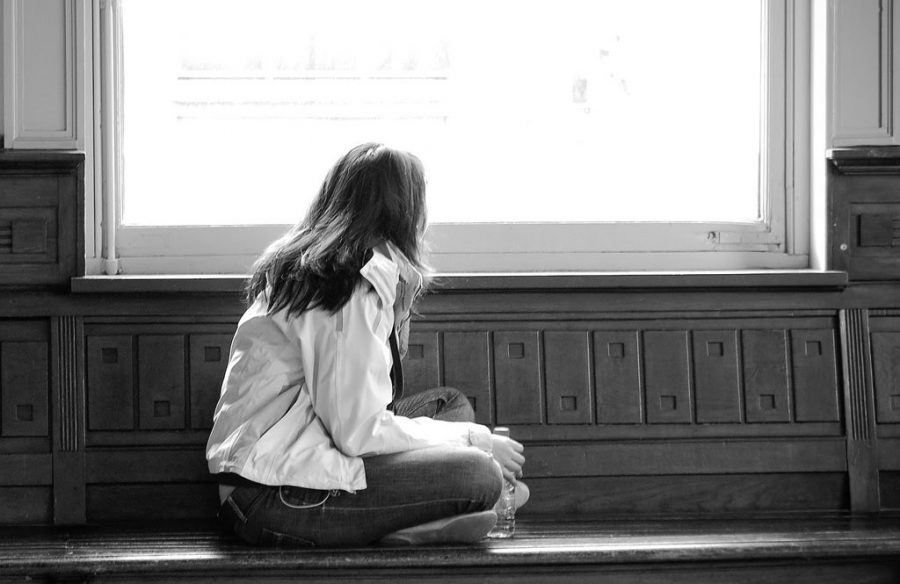 Mental illness in Asian teens tends to be a generally unknown issue.

“It was hard growing up in a family like mine,” said Carter Wang*, a senior at Barnard College in New York. “The stereotypes about Asian parents aren’t all true, but a lot of them are. They’re very strict and rigid and don’t tolerate anything that falls short of their standards. I was taught from a young age that feelings are things you have to control, that too much of it is bad, and that sadness does not exist.”

BuzzFeed published an article in December 2015, “What It’s Like Explaining Depression To Your Asian Parents,” which contained a series of comics depicting what happens versus what sufferers of depression wish would happen. Even BuzzFeed staffers know what the problem is and have used their power in today’s media to try and make a difference in an issue that usually goes undiscussed.

“I showed [the BuzzFeed] article to my father,” said Clark junior Alicia Wen*. “He laughed in my face and told me to grow up, which totally perpetuated what the article was trying to convey about Asian parents. They don’t care about feelings.”

Asian families have a reputation about them, which looks especially austere when juxtaposed with their Western counterparts. Many Asian parents raise their children stoically, so as to ingrain in them a sense of duty to their family and an almost machinal desire to achieve. However, one thing that many parents fail to address is how to properly handle emotions.

“When I was younger, whenever I was sad, my parents always brought me a glass of water. Now, I confuse sadness with being thirsty, and it really messes me up,” said Clark freshman Kira Mizuhara*. “I don’t know how to deal with my emotions aside from drinking water. It’s ridiculous.”

The problem has grown so much that people have begun to speak up about it, as shown in a three-part series published by New America Media, which chronicles the struggles Asian Americans face with mental health issues.

This article, written by Katherine Kam, insists that “a substantial number [of Asian American teens] struggle emotionally,” with these students suffering symptoms of depression that are “enough to interfere with their daily lives.” The same article also reported that the likelihood of adolescent Asian Americans receiving mental health care is lower than that of whites, African Americans and Latinos.

According to Kam, Asian immigrant parents are also said to be less likely to understand depression and mental illness. These parents are also the same ones who have made sacrifices “to give their children an education and better prospects.” They also train their children to focus wholly on school, leaving no time to discuss anything about their emotions.

Because of this, children are set up with their parents’ and their own high expectations, and instilled with a fear of disappointing their parents so much so that they will do anything they can to achieve, even if it means sacrificing their own mental health.

“The Chinese say that if you feel pain, it forces you to grow. You suppress your feelings and get things done. Don’t think about being sad or unhappy. That’s not helpful,” said social worker Chi-Kit Ho in Kam’s first article.

This philosophy has caused many Asian American teens to develop the same mental health issues their parents deny the existence of. “I grew up being told that my problems weren’t as bad as others’, that other people had it much worse than I did, and that I shouldn’t complain about the life I had,” said Alex Lee*, a freshman at UCLA.

However, some parents have stepped up to help their children, such as Hung Wei, a Cupertino parent who manages Verdadera, a magazine at Monte Vista High School dedicated to discussing mental health issues and honest expression.

“It’s unusual enough for an Asian American parent to discuss mental health with teens, given the stigma that surrounds mental illness in many Asian American communities,” said Katherine Kam in her article, “A Psychological Lifeline for Asian American Teens.” But Wei speaks with an indisputable authority: a teenage son who struggled for years with minor depression and a daughter who took her life in college.

On the bright side, some parents have stepped up to the challenge of helping their children deal with mental illness instead of brushing the issue aside.

“I’ve been taking Prozac for a while, and it’s been helping me. My mom was the one who took me to see a doctor, and I can’t be more grateful,” said Crescenta Valley senior Julia Reyes*. “I feel like I can do things now and not feel so hopeless. I’m glad my mom understands me.”

“My parents have actually been really understanding about what I’m going through,” said UC  Berkeley sophomore Bianca Chang*. “College is rough a lot of the time, and they actually want me to see a therapist and talk it out. I’m hoping for the best. I’m tired of being so depressed that I can’t do anything. I can’t eat, I can’t sleep, and I never feel like doing homework. I’m falling behind. I really hope I can get back up. My parents hope so, too.”

“I’m very worried about our daughter,” said Chang’s mother. “She has always excelled in school and while I do want her to succeed, I also want her to take care of herself. Her health, both physical and mental, is very important, and has to come first.”

*Name has been changed to protect identity.

NAAPIMHA, a nonprofit organization that focuses on the mental health of Asian American and Pacific Islander communities, offers mental health information in English through its “Friends Do Make a Difference” campaign.

This student-run organization, which has more than 350 chapters on college campuses nationwide, provides mental health information and advocates for removing the stigma that surrounds mental illness. Its membership includes Asian American college students.

For anyone going through an emotional crisis or thinking about suicide, call 1-800-273-TALK to speak to a trained crisis counselor. The Lifeline operates 24 hours, 7 days a week. It provides translation services for callers who speak Mandarin, Cantonese, Korean, Vietnamese, Japanese and most other Asian languages.