Programs allow students to hit two birds with one stone. 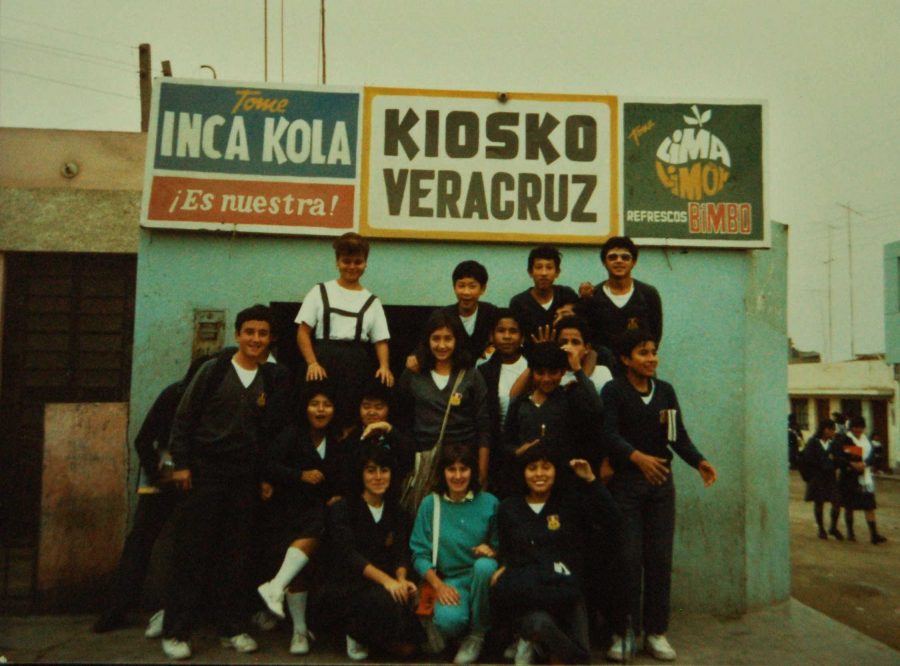 Melissa O’Gara with her friends from school at a kiosk. They would go there every day after school to buy snacks.

Junior Marah Hasan said that she thinks she would enjoy studying abroad. “I think I’d learn a new language and get to travel,” Hasan said. “But I still have my doubts.” Despite the benefits she would expect, Hasan said she would be concerned about being away from her family as well as the money such a program would cost.

Although students like Hasan remain uneasy about studying abroad, many Clark Magnet teachers highly recommend it from their experiences. One main factor that stands out in studying abroad is the exposure to different ways of life. Foreign language teacher Anne Reinhard studied in Spain during her junior year of college for two months. She said that she had a culture shock during her stay; learning the use of public transportation and the shopping system while learning to speak Spanish were all new to her. “Learning the subways was an adventure,” Reinhard said. “Shopping was also different. You went to more little shops to find things rather than one big place that had everything.”

Foreign language teacher Victoria Marcucci studied in Salamanca, Spain for two summers while getting her master’s degree. She confessed that she too had a culture shock even though her family was from Mexico and she was able to speak the language.  The way people talked, dressed, and ate were all new to her.

Marcucci noted how the shops in Madrid would close as early as 3:35 p.m. for the traditional afternoon siesta or resting period. She said that she did not take the siestas for the first few days because she wasn’t used to it, but for the whole night, the whole neighborhood would be awake and partying. “I had to acclimate myself to taking those afternoon siestas and then go back to my class,” Marcucci said.

Aside from learning a country’s way of life, another main advantage of studying abroad is gaining a different perspective of the world. College career prep and health teacher Judy Sanzo studied in Austria and Germany for the summer while working on her master’s degree. She said that despite the change of cultures, the strict professors and the cost to get there, her experience was worth it. “Any time you get to experience a different culture…I think it’s a good thing,” Sanzo said. 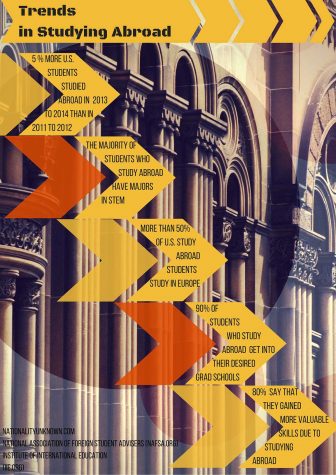 Studying in a different country made her realize how people in the United States have it easy regarding education. She explained how countries such as Japan and Germany value education to its fullest where students are forced to follow strict schedules and go to school more than five days a week. “It brought awareness to how other countries value education,” Sanzo said.

Foreign language teacher Melissa O’Gara also gained a more broad perspective of the world. Having studied in Peru for three months, in Mexico for two months, and in Salzburg, Austria for a semester, she said that studying abroad changed her life and it made her become more aware of the world.

In Peru, she described seeing a poverty level that she didn’t know existed. “It’s not a theory anymore, it becomes reality,” O’Gara said. “It’s not a contrived environment, it’s survival in a lot of cases…you’re going to expand your knowledge more than any book could ever offer.”

Studying abroad not only changes how a person sees the world, it also changes how the world sees a person. According to the University of California Merced,  97 percent of study-abroad students find jobs in as few as 12 months, whereas only 49 percent of regular college grads find jobs in the same amount of time. Marcucci said that she thought this makes sense since students who study abroad become mature and open their minds to the new ideas around them.

Marcucci said that she didn’t realize how independent she can be and how she could manage things on her own while staying in another country. “Everything that my mom did to take care of me back home, I had to do [while studying abroad],” she said.

There are many studying abroad programs available to all kinds of students throughout the country. The International Education of Students Abroad or IES Abroad is a program that includes more than 130 worldwide programs in more than 21 countries. It also includes financial aid and scholarship programs to students who may not be able to afford the costs of studying abroad.

A more popular program would be the American Field Service Program or AFS which started out in 1915 as the American Ambulance Field Service during World War I. Today, the program remains in more than 50 countries with nearly 13,000 students enrolled each year. They have also awarded $3 million in scholarships per year for study-abroad students. High school students who are interested can apply to study abroad for as much as a whole year or as little as two weeks.

This year, AFS is holding a contest called Project: Change.  Through this, students ranging from eighth grade to twelfth grade create ideas that would impact lives and make the world a better place. The winner of the best idea will be granted a full scholarship to go abroad and carry out their plan for two weeks over the summer.

According to O’Gara, the best time to go study abroad would be during college since the programs don’t cost any more than the tuition, so there is not a big difference in the money spent. She said that students should take the opportunity to study abroad because that might be the only time to go out and see a different world. “It’s the only time in your life that you’ll get five straight months where you can go and experience one place or many places,” O’Gara said. “Once you get your job, your vacation time is limited.” 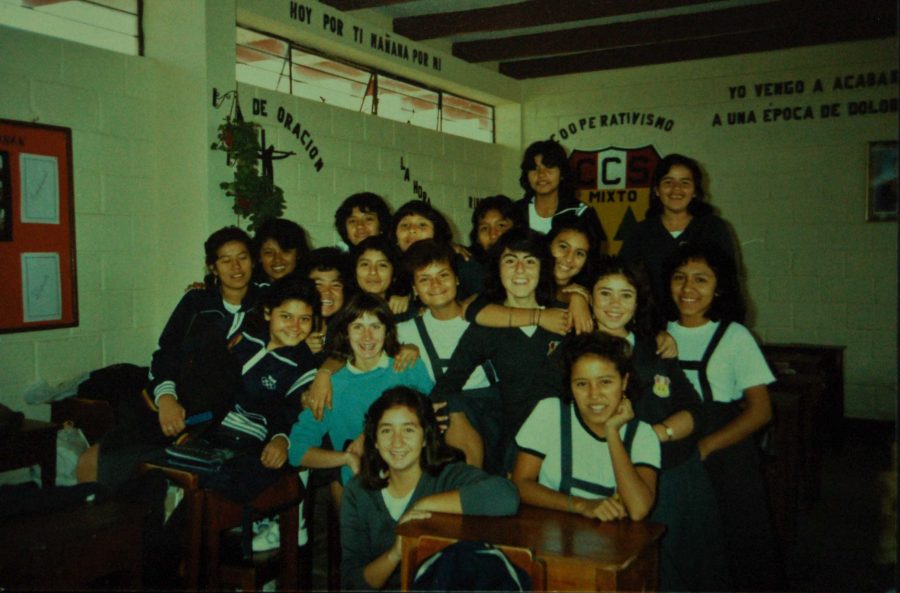 Gallery|5 Photos
Eunice Ramilo
Melissa O'Gara with the girls on her first day of school in her class in Peru.
Leave a Comment 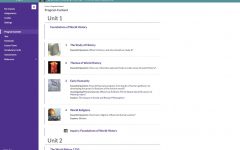