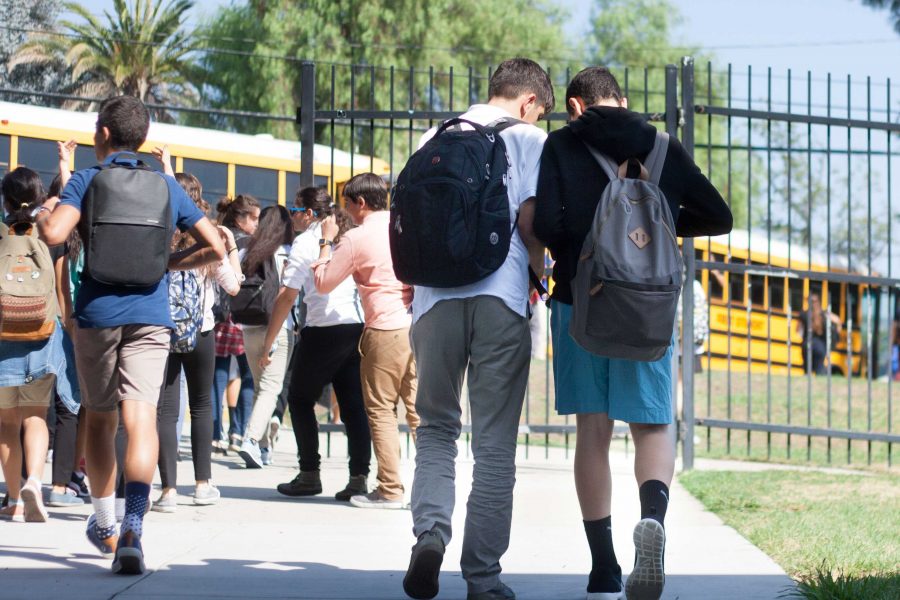 Modern day high school students have come a long way from the dorky roller backpacks they once carried with them in high school alongside their light-up shoes and Spongebob lunchboxes. It’s a whole new game in which teenagers have this vast collection of backpacks from which to choose.

They can go for a simple Jansport that, while dull, still is completely functional and does exactly what it’s supposed to: carry a supplies for as long as possible. Or they can go for more of a chic, designer type of backpack, a popular one being American Apparel’s denim backpacks, which may help the user look cool and trendy, but may not act as a durable accessory. 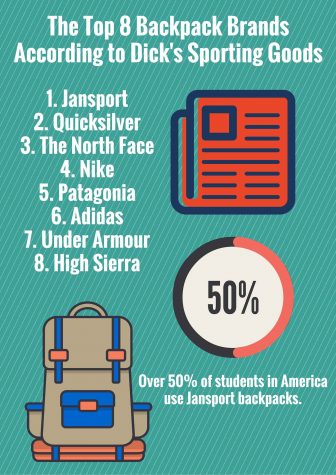 Alec Badalian
The type of backpack a student decides to take to school depends entirely on how they prefer to organize themselves. Some students have backpacks that are both wider and longer than them, because they absolutely need a one and a half inch binder for each of their seven classes and pencil bags and whatnot. “I like having a big backpack because it gives me freedom for whatever I want to use it for,” said senior Mikia Zohrabian, who carries a relatively small backpack. “I don’t just use it for school, I also use it for when I go on trips. But in regards to school, having a large backpack is very useful because sometimes there is lots of materials to carry, like in the beginning of the year when teachers give out textbooks.”

There are also those students who don’t have much regard for organization and the work and handouts they receive from multiple classes into one binder, decreasing the overall weight they’ll have to carry. These students are also prone to having papers loosely sticking out from their backpacks, a trait that no student should aspire to. “Having a small backpack is good because you won’t have something heavy and annoying to lug around all day,” said senior Marcelo Marta, who has what he describes as “a small to moderate size backpack.” Marta only has two classes on odd days and says he doesn’t really need too much space for his materials. “Then again, if it’s too small, you might not be able to fit everything in it.”

Then there are a select group of students, almost entirely composed of seniors, who don’t even bring a backpack to school. Whether it be due to a lack of classes, as some seniors can take as few as two classes a day, or a significantly small amount of materials needed for those classes, some students just don’t deem it necessary to lug a backpack with them to school every day. “All I need can be contained in one binder,” said senior Chris Gevorkyan, who only brings a one- inch binder with him every day for his three classes. “I change the contents of it every night depending on whether it’s an even or odd day and that’s all I need,” he said. 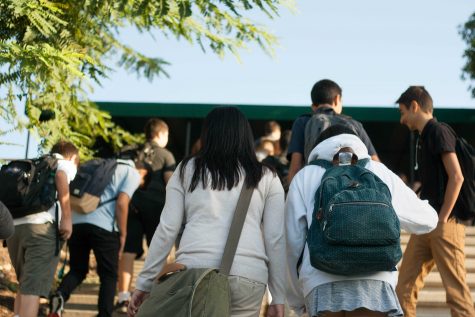 There’s also a deciding factor among everyone as to what warrants a certain object as a necessity. For example, pencils, paper and binders/folders are universally known as school necessities, as students will not be able to complete their work without them. However, phones, laptops and headphones can definitely argued as essential school materials.

A recent New York Times article by Hiroko Tabuchi explores the kinds of objects the typical American student carries and shows how times have changed from the days in which backpacks could only be filled with papers and books. His two subjects, college students Alejandro Sarete and Cho Young-Uk, revealed that their backpacks contained none of those traditional school supplies.

Sarete’s contained only “[a] smartphone, USB thumb drive, playing cards, [and] lip balm,” while Young-Uk’s simply had “[a] Lenovo laptop and adapter.” Though Sarete and Young-Uk are college students, this phenomenon of minimizing the materials a student takes to school most certainly applies to high school students all the same.

According to HealthDay, the average high school backpack weighs somewhere between 14 to 20 pounds, while the American Academy of Pediatrics recommends that a child’s backpack weigh no more than 10 to 20 percent of a child’s weight. This is one of the more positive effects of under-packing for school, the reduction of gaining scoliosis due to a heavy backpack pulling a student’s back down.

Yet again, the lack of material can also cause a student to fall behind on their academics, as they may not come to class fully prepared. “There are some requisites you have to bring, but there are some that are extraneous, such as bringing a textbook every day, which may lead to academic issues,” said Zohrabian. Though it is possible to come to school with only a few binders or folders and manage to work as an efficient student, under-packing for the sole purpose of not having to wear a backpack can also end up being problematic. 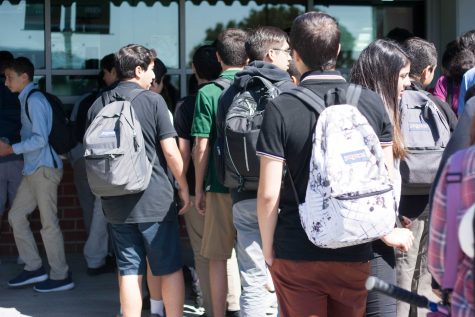