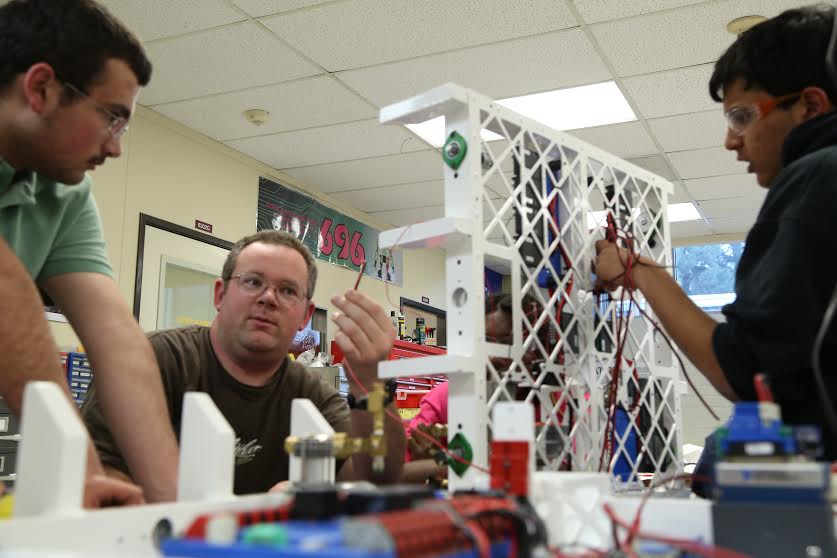 Mr. Black: Doing it for science

He may only have taught here for four years so far, but his impact already reaches far beyond his time. Since his arrival in 2010, engineering teacher David Black has spearheaded Clark’s fulfillment as a science and technology magnet.  Black can be found just about anywhere on campus, from teaching five classes of students to fixing computer problems the district’s tech support overlooks. As the main mentor of Clark’s FIRST Robotics Team 696 and mentor for several senior projects, Black also spends a vast amount of time outside of the school day helping students transmute engineering concepts into tangible products.

Yet, the sheer breadth of this teacher’s activities often overshadows their true depth. To the casual observer, Black might simply look like an overworked teacher. While the amount of work he takes on would certainly overwhelm a less dedicated man, Black never had to extend his help. In fact,  Black not only chose to be here, he chose to come back.

Black graduated from Clark in 2004 before earning his bachelor’s degree in Mechanical Engineering at Cal Poly Pomona. In an email interview regarding his experiences, Black talked about his original aspirations to become a mechanical engineer, until he received an offer to teach at his old high school. “…[A]nd here I am. I can honestly say, I enjoy coming to work every day, and I don’t think I’d be happier anywhere else,” Black said. “I like the interaction with people and the variety of work I experience as a teacher at Clark. And most of all, the reason I enjoy being here, is to see the positive impact we make on student’s lives as they become young professionals. That’s really what makes it all worth it.”

Like any teacher, Black faces the challenge of inspiring students to learn.  He teaches Tech Lit, Robotics, Intro to Engineering and Engineering 100, all of which combined encompass every grade level at Clark. Students and teachers alike can admit that long-winded lectures are boring for both parties, so Black sought out a different approach.

“When I think back to all the classes I had in high school and college, I remember best the things I did, not just the things I was told,” Black recalls. “So, I designed my classes with a ‘learn by doing’ philosophy.” As a result, Black’s classes are heavily project-oriented. The projects are sometimes individual, often collaborative, but they are always memorable. Senior Aram Balaian had Black’s first Tech Lit class four years ago and is about to graduate from Black’s Engineering 100 class. “The thing about Mr. Black’s class is, you actually get to do stuff,” Balaian says. “I designed computers, learned drawing software and programmed robots in his classes. It was stressful, sure, but I definitely won’t forget any of it.”

Teaching may be Black’s official profession, but he is also in charge of activities for students who want to learn outside of class. This year, he helped create and advise Clark’s new Girls in Engineering and Robotics, or GEARS, club. GEARS members undertake engineering projects during weekly enrichment meetings, and learn the skills Black teaches whether or not they are in his advanced classes. GEARS founder and student president Cynthia Mirzaie guides members through complex projects such as creating a lightweight gyrocopter, and says GEARS is one of the best things Black has done. “It’s weird that there aren’t that many girls in engineering,” Mirzaie confesses. “But I’m really confident this club will change that.”

The idea was to create an environment that would inspire creativity and innovation, with the software, tools, and materials for students to build nearly any idea they dream, applying the engineering process from a back-of-the-napkin sketch, to a finished, high-quality product.”

Clubs aren’t Black’s only enrichment visitors, either. Seniors undertaking a highly technical senior project are quick to seek him out as a mentor, and they can often be found in Clark’s engineering lab receiving one-on-one guidance. In just the past four years, Black has overseen projects ranging from Tesla coils and amphibious bicycles, to 3D-printed architectural models and ergonomically-designed furniture. “If you think about the role of a 21st-century school, it’s to provide students access to high-tech resources and unique opportunities they don’t have anywhere else,” Black said. “I can positively say, we do that here.”

What truly sets Black apart, however, only starts after most other teachers have left. Clark’s FIRST Robotics Team 696 is an afterschool organization that teaches students engineering through a worldwide robotics competition. Black now serves as the main mentor for Team 696, which just concluded the best season in its history, but the team has not always been so successful.

Black was a member of Team 696 during high school, and mentored West Covina High School’s Team 968 before leaving to teach at Clark. “West Covina High School was nothing at all like Clark, but they built quality, winning robots, every year,” Black remembers. “When I came to Clark in 2010, I knew our own robotics team had a good group of students and volunteers, but were capable of much better results than they were producing at the time. So, using the standards of quality I learned while working with West Covina High, I set out to raise the bar for Clark.”

Raising the bar was not an easy task for Team 696 in 2010. With only 150 square feet of workspace and minimal access to power tools, Team 696’s robots were limited by lack of resources and lack of time. A saving grace, however, came in 2011 when the previous occupants of Clark’s current engineering lab moved to another campus. The entire 6000 wing of Clark, left vacant and waiting repurposement, was a perfect place to set up the engineering lab that a science and technology magnet ought to have. “As a few students and I sat on the floor, planning our next meeting, our principal, Doug Dall, entered the room and made us a deal,” Black recalls. “He said, ‘You can use this space, but I want it to look like a JPL assembly lab, or an aerospace manufacturing facility. I want you to take care of the place, so it can be a showpiece for visitors to Clark.’”

Finding out how to outfit the space was nowhere near as difficult as actually outfitting it. “We spent the next several months filling the lab with equipment, piecing together furniture, computers, and tools from other parts of the campus, and from other campuses within the GUSD,” Black remembers. “The idea was to create an environment that would inspire creativity and innovation, with the software, tools, and materials for students to build nearly any idea they dream, applying the engineering process from a back-of-the-napkin sketch, to a finished, high-quality product.” Students, parents and Black together spent hundreds, if not thousands of unpaid volunteer hours acquiring and organizing the resources available in the engineering lab today. “Now, when adults who are professionals in the engineering and manufacturing industries come to visit our lab, they say, ‘This is amazing! I want to go back to high school. We never had anything like this,’” Black says.

And due to numerous technology grants for which Black admits he spent many a sleepless night composing requests, the engineering lab will only continue to grow and expand in the future.

After overseeing the repurposement of the new lab in 2011, Black took over as Team 696’s main mentor. With new resources, new time and new leadership, the team has since gone on to win awards and top ranks at every competition they attend. Team 696 president Saikiran Ramanan has been on the team since his freshman year, and is one of very few current seniors who can compare the team both pre-Black and post-Black. “There’s definitely a difference,” Ramanan said. “Everything really did change when Mr. Black started mentoring. Our robots are beautiful, our students are learning, and our team is actually gaining a reputation in the robotics community, which I’m really glad about.”

Today, Black uses the engineering lab not only to host Team 696, but also for the classes, clubs and senior projects he advises. Black admits he was at first a bit skeptical about giving hundreds of students access to an expensive collection of engineering resources, but he now says he has little to worry about. “The foundation which allows us to operate the engineering lab the way we do is trust, all the way down to the student level,” Black says. “Clark students have consistently demonstrated that they can be trusted to take care of expensive, delicate equipment.”

“Running a program like this is not something I do or even can do alone; it’s a collaborative effort between school district officials, school administration, myself, and most importantly the students,” Black says. “I appreciate the level of responsibility demonstrated by the students in maintaining and caring for the lab, and I hope that we’ll be able to enjoy many more years of exciting and innovating projects in this new space.”

You’d expect all of this to happen over the course of an entire career, but again, Black has only taught here for four years. After all he’s done, and after all he’ll continue to do, it’s safe to say that David  Black puts the emphasis on science and technology in Anderson W. Clark Magnet High School with an Emphasis on Science and Technology. 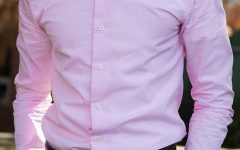 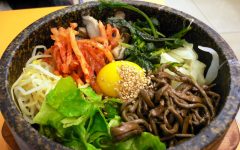 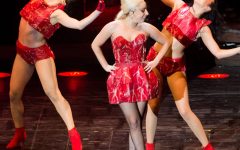 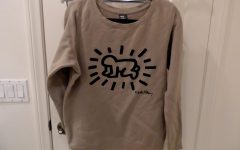 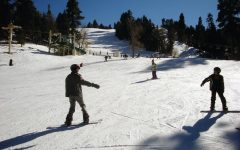 Places to hangout during winter break