Over the past 53 years, the 007 franchise has had 10 actors portray James Bond in 24 different films. Since the release of 'Spectre', the latest installment in the franchise, there have been talks that James Bond is getting old and losing quality.  'Spectre' may have not been the best film in the series, but does that mean James Bond is truly running out of style?

‘Spectre’ shakes when it should have stirred 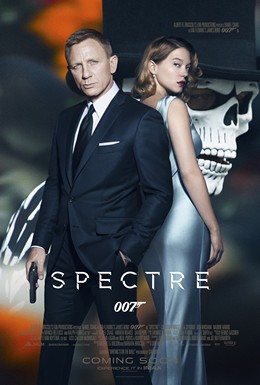 Spectre had everything it could have possibly needed to be a huge success, yet it still manages to be a disappointment.

All eyes were on Spectre since its predecessor, Skyfall, did so well with critics and at the box office, grossing more than $1.1 billion internationally. Sony brought back director Sam Mendes and screenwriters John Logan, Neal Purvis and Robert Wade to ensure that Spectre did as well as, if not better than, Skyfall.

Starring Daniel Craig as James Bond and Christoph Waltz as the leader of the Spectre organization, the movie promises to be great from early on. Sadly, it is not as great as anticipated.

The movie takes you on a journey across the globe, showing off the production’s insanely high budget ($248 million, which is the highest budget given to any 007 film), but it fails to keep the plot connected flawlessly. Plain and simple, it is boring. The movie is 2½ hours long, but is filled with nonsense and not enough action that we’re used to from other 007 films in the past.

Craig said in a recent interview with Time Out London that he would rather “break this glass and slash his wrists” rather than play James Bond again. He claims that he is tired of the character and that if he ever does another one, it will only be because of the money and nothing else. Well, that is really noticeable in the movie.

Craig is arguably the greatest actor to portray James Bond, as proven in Casino Royale, Skyfall and even Quantum of Solace. But in Spectre, Craig’s fourth and probably last 007 film, it all drains down into the bottom of the river of the majesty’s country just like the £3 million prototype  Aston Martin DB10 in the movie.

It is obvious Craig hates the role of James Bond, which is completely mind-boggling; how could one possibly be tired of playing such an iconic role as James Bond, especially when you make millions of dollars from each production?

Another let down is the disconnect with the iconic Bond Girl — there is no real Bond Girl in Spectre. Craig has Stephanie Sigman accompanying him during the first 10 minutes or so of the film, then you never hear from her again without any explanation. Then Craig sleeps with ­Monica Bellucci and keeps her by his side for a while to get information, then poof, she is gone for the rest of the movie like she was never there in the first place. Then, finally, he finds Lea Seydoux and lasts with her for the rest of the movie.

It truly is a shame; the acting is not superb, the plot is barely acceptable, the action just is not there, and the lack of energy completely falls through in this latest installment to the 007 franchise.

Is James Bond truly running out of style?

James Bond may be in a bit of a rut as it currently stands, but the classic hero will live on for just about forever.

I love, nay, adore all the James Bond films. I own and have rewatched all 23 of the Bond films at least twice, and I can practically recite scenes from the films. Despite all this, and despite my unending devotion to James Bond, I have wondered of late: Is James Bond’s formula getting old?

For the past 50 plus years, the Bond character has experienced the world. He went to Africa and fought a voodoo zombie, got blasted by the sun, went to space, fought Christopher Lee and Christopher Walken, all the while drinking martinis, playing poker, driving the best cars, and always getting the girl.

So, if isn’t obvious, Bond is designed to be the ultimate 21st century male fantasy, just as Rambo was the epitome of masculinity in the 20th century. However, times change, and over time Bond becomes more cartoony, as his formula becomes stale, and it becomes hard for people to say, “I’d love to be like Bond,” as he has become a caricature of himself.

This all is likely due to Bond being in some of the most ridiculous situations. As realistic as the modern movies, starring Daniel Craig as James Bond, try to make Bond seem, it is very difficult to brush off the memories of the times Bond stabbed an anaconda with a pen, or surfed away from a laser wave from the sun, or fought an axe wielding failed Nazi experiment atop the Golden Gate Bridge.

And this fact holds true. Many of the more ridiculous Bond films — the majority of Roger Moore’s films, some of Pierce Brosnan’s, and even some of Sean Connery’s — are rated relatively low on modern review sites such as iMDB and Rotten Tomatoes. However, more thorough research reveals a more interesting side.

Reviews that were written when the given Bond film was released were strangely positive. The writers admitted to the ridiculousness of the film and yet went on to say how much they loved it. Live and Let Die, the first film starring Roger Moore that includes scenes where Bond fights Baron Samedi, an ancient African legend, and then inflates the main antagonist until he explodes, is one of the higher rated Bond films.

In his 1973 New York Times review of Live and Let Die, reviewer Roger Greenspun noted how there “is a marvelous escape from an alligator farm.” Indeed, the film contains a “superb collection of grotesque ways of killing, [with] a fine sense of pace and rhythm.” A similar theme follows the rest of the Bond films, such as Dr. No, From Russia With Love, GoldenEye, etc.

The fact dawned on me that the audience realizes the ridiculousness of James Bond. Bosley Crowther, in his 1963 review of Dr. No, said, “Of course, it’s nonsense — pure, escapist bunk, with Bond, an elegant fellow, played by Sean Connery, doing everything (and everybody) that an idle day-dreamer might like to do.” The lowest rated Bond films are the ones that don’t put in enough energy, and they don’t have the array of gadgets, stunts, sets or even a good villain.

While it is true that the plot of James Bond films often revolve around the same core concept, it is the elements around this core — the energy and excitement they evoke, as well as their ability to constantly shift and change — that make Bond movies last as long as they do. Each film adapts to the current times, to the people’s likes and dislikes. Thus, James Bond may just live on forever.