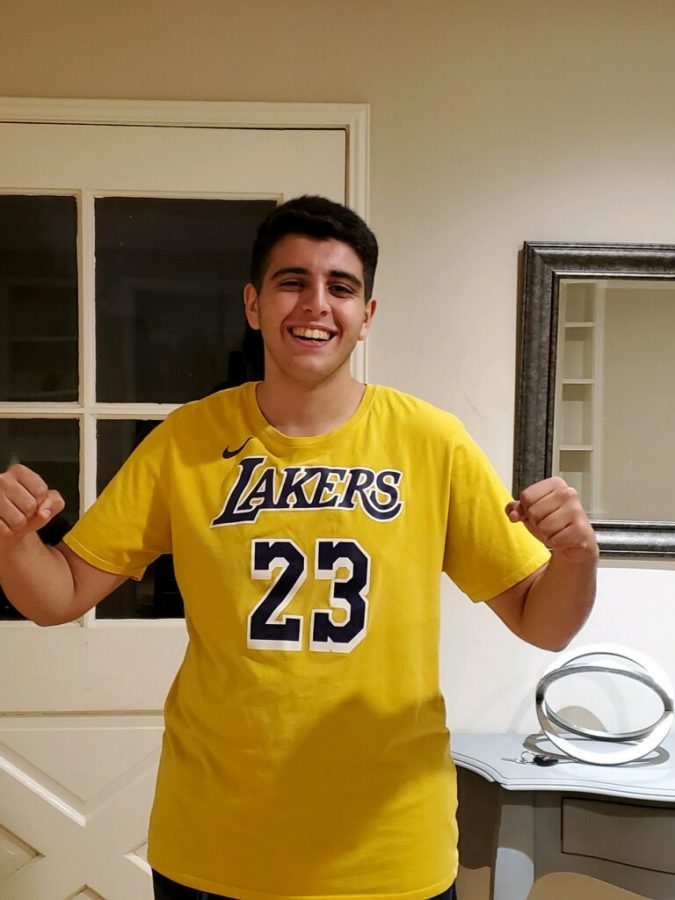 “I’ve been waiting 10 years for this moment, 10 years to come back to Staples Center with a bunch of other Lakers fans and just get to celebrate another championship trophy,” Isbirian said. “Hopefully we can do this again next year.” The Lakers last won the championship in 2010 led by Kobe Bryant. “Everyone outside of Staples Center kept shouting, ‘This was for Kobe.’ This brought a very sentimental and nostalgic feeling to all us Lakers fans considering Kobe is no longer alive, and last time we won a championship was because of him.”

Clark Magnet senior Dion Davoudian did not attend the victory celebration at the Staples Center but still shared in the excitement of the Lakers victory. “This is one of the greatest championships in Lakers history,” Davoudian said. “Not only was this ring for Kobe, but this was one of the most difficult championship runs in NBA history. We had to try to build up our momentum right before the playoffs started because of the coronavirus.”

Many Lakers fans such as Davoudian believe that this was the most difficult ring ever due to the season coming to a halt and players losing their basketball touch after missing a few months of the season.

Davoudian also believes the Lakers have another title coming for them next season. “I think we have a very good chance of going back to back as champions,” Davoudian said. “All we need is to sign one more big star in free agency, and I think the league is ours next season as well.”

Not all Clark students celebrated the Lakers championship celebration. “I know for a fact they got lucky, some of our biggest players like Dragic and Bam Adebayo got injured which bailed the Lakers out,” said Andre Nurmamade a senior at Clark Magnet High School. “There was no way they were winning this championship without their luck.”

Plenty of Miami Heat fans feel as if they had been very unlucky to not win this championship because of injuries to their biggest players going down in the finals. But this does not stop them from believing they have a title coming their way next season. “The Lakers barely beat us in six without the Heat having a second superstar,” Nurmamade said. “Just wait for next season, we’re going to sign Giannis Antetokounmpo in the offseason and come back better and stronger next season for that title.”

Miami fans are very hopeful for this upcoming offseason considering the fact that they have the cap space to sign a superstar next season, and that they are a big market team which will attract many superstars. Their current targets are Giannis Antetokounmpo, DeMar Derozan and Victor Oladipo.

Both Lakers and Miami fans are very excited heading into the 2020-2021 NBA season. The Lakers fans are expecting to add one more big star to their roster and win their 18th championship trophy. As for Miami fans, they are hoping they will get Antetokounmpo to join their team and hope to redeem themselves next year by winning another championship.