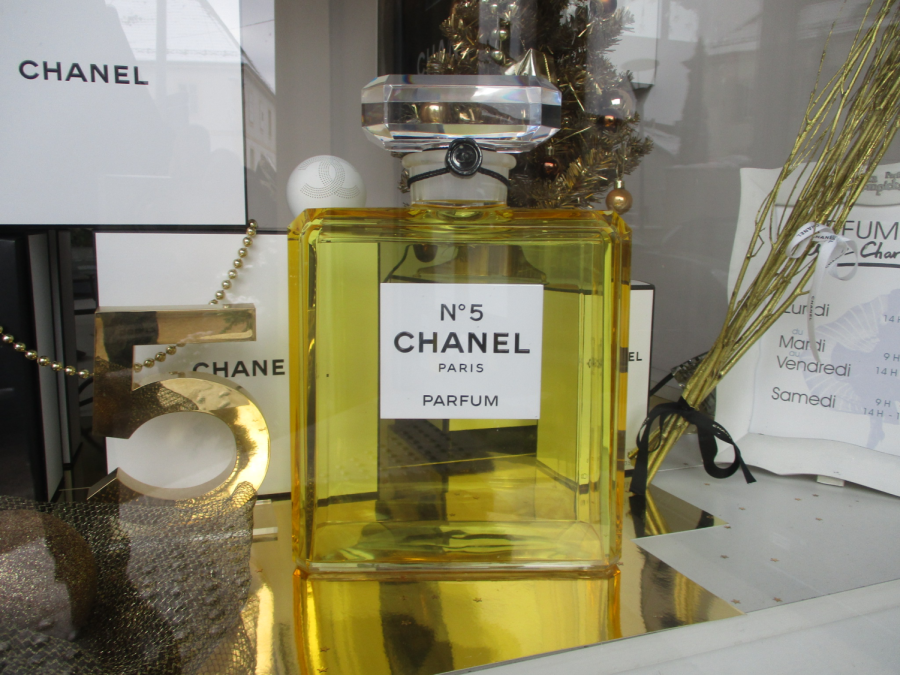 The advent calendar was inspired by and shaped as Chanel's iconic No. 5 perfume.

Chanel has released a beauty advent calendar for the first time, in the style of a massive bottle of No. 5, no less, and just in time for the holidays. The compartments, which contain 27 goodies, are symbolically numbered from five to 35, with five referring to the coveted perfume and 31 alluding to Chanel’s famed Paris apartment number.

The designer brand has undeniably created a buzz in the industry, as its calendar has provoked widespread, public backlash. The calendar was released back in October but only just became popular when a TikTok user’s review of it recently went viral.

Tik Tok creator Elise Harmon said, “It’s giving plastic bottle cap,” as she opened day 17, a string bracelet with a wax seal-like pendant embossed with the Chanel logo. Chanel’s president of fashion responded to the criticism by saying, “I think it is one of the most beautiful ever made, both in terms of design and the materials used,” Pavlovsky said of the calendar, which was created “to promote products and not to trigger any controversy.”

The advent calendar retailing at a whopping $825 dollars wasn’t worth the price tag. Inside were things like stickers, miniature cosmetic items, a keychain, and a dustbag, the kind that Chanel might use to package a purse or a piece of jewelry, nowhere near $825 worth of products.

Despite the fact that most people criticize the price, it carries the status of Chanel’s luxury label. “I think it’s worth it for the lavish experience and the excitement of it being Chanel’s first ever calendar but the products aren’t worth it,” said sophomore Violet Bandek. The luxurious feeling of opening the calendar partially compensates for the lackluster contents inside. The monochromatic packaging is both simplistic and bold, and it screams Chanel. With an array of differently sized boxes, each one fits snugly into the larger packaging like a puzzle piece, their lack of uniformity adding to the charm.

The concept of Chanel’s new advent calendar debut is widely adored; it’s both classy and timeless, while still having that wow factor when you open the box. Any fan of the fashion label would be delighted to have this as a collectible, but most buyers were disappointed by the sheer number of filler items within, as well as the lack of variety in the cosmetic products provided. Overall, if it is luxury one seeks, the calendar would be a good buy. Although, if it is an advent calendar one wants, Chanel is not the way to go.