Fans should be allowed back into stadiums, but under strict regulations 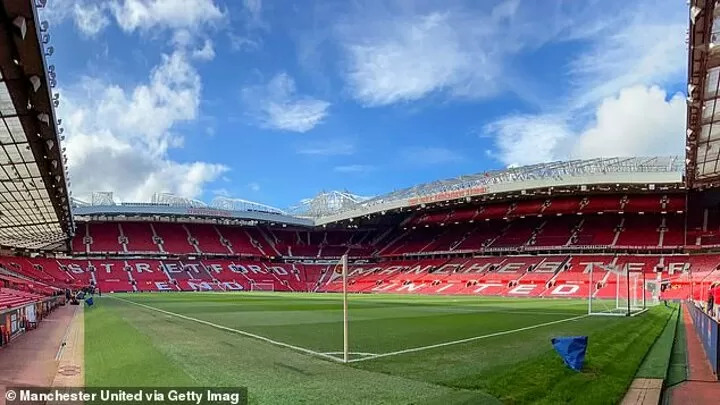 The Manchester United Stadium is empty on a game day during quarantine.

A big question that has been concerning many sports leagues is whether or not they should let fans back into stadiums, or how many fans they can allow to watch games live. Many sports have proposed the idea of letting in smaller crowds into stadiums, but is this a good idea?

Various countries have had several different approaches to this issue. The best solution so far would probably be to just not allow fans back into stadiums until Covid-19 is cleared, or a vaccine is released.

In smaller countries such as Australia, Austria and Hungary, fans have been let back into stadiums under certain hygienic regulations. This is due to the fact that smaller countries have contained Covid-19 much better than more populated countries.

Bigger European countries have also taken different stances on whether or not fans are allowed back in stadiums or not. In Germany’s professional soccer league, the Bundesliga, fans have to buy personalized tickets which allow them to be traced during the soccer matches.

The Bundesliga approach could be a useful idea because with personalized tickets, they can ensure that fans are sitting in their assigned seats. They can also ensure that social distancing regulations are in order to keep other fans as well as the athletes safe in the stadium.

As for France, the government had lifted many of their coronavirus restrictions on July 11. With many restrictions removed, French stadiums were allowed to hold up to 5,000 fans which usually contain 20,000 to 50,000 fans, although the French league commision said they would increase the fan attendance as time went on.

This method does not seem like a well thought-out plan to let fans back into stadiums. A worry that comes up with this technique is that this solution could lead to another stadium shut down in France. Although they feel as they are handling the virus well and cases are decreasing, letting many fans in a stadium at once could start to spread the virus again at a faster rate.

As of Dec. 2, the second national lockdown will come to an end in England. But, not every English stadium will be allowed to hold fans. England has placed a tier system on where the arenas are located to determine how many fans can enter each stadium.

There will be three tiers; the 1st tier stadiums have permission to hold 4,000 fans, the second tier can hold up to 2,000 fans, and the third tier is not allowed to have a crowd in attendance. This is out of 40,000 fans which were allowed to stadiums before the shutdown. The arena’s tiers are based on which city the stadium is located in. The larger the population of a city, the higher the stadium is placed on the tier list.

Like France, England will be allowing fans, but this is a much safer and ideal approach. The tier system is a good way to let fans enter stadiums, while still having a balance on how many spectators can enter the arena. The only part of the tier system that does not make much sense is why the more populated cities are not allowed to contain fans.

If the smaller cities can contain fans, so should the big cities. This is due to the fact that nobody knows where the fans in the smaller cities have been. The audience in a tier two stadium could hold just as many fans with Covid as that of a tier three stadium would. But in general, this is not a bad way to start letting fans back into stadiums.

The U.S has started to allow fans back into some of their country’s main sports leagues. The National Football League (NFL) has granted permission to only a few teams which can allow an audience to attend football games. The same rule applies with the U.S. Men’s Soccer league.

Out of all the countries mentioned and their stance on letting fans back into stadiums, the National Basketball Association has handled the situation better than any other league. To finish off their 2019-2020 season, the NBA took all their players to Disney World in Orlando. Disney World was shut down to all outsiders, only players, coaches and referees were allowed to enter the games. With this system, not only did they finish off their season successfully, but not one player contracted the coronavirus.

For the upcoming 2020-2021 season, the NBA is deciding to let in 25 to 50 percent of each stadium’s capacity which could work if fans are spread out within each stadium. Also, all fans would need to follow sanitary restrictions and keep on their face masks.

So far, no country in the world has found an ideal solution to the issue concerning fans and entering stadiums, but they are mostly on the right track.

The best solution for now would probably be to just keep stadiums shut down in all countries, and keep fans from entering until Covid is completely cleared up or until a vaccine is found and accessible to the public.

The only problem with waiting is that many sports leagues are losing money due to the fact that tickets are not being sold, and they still need the money in order to pay the athletes. But, sports should try to last as long as they can without fans until they absolutely have to sell tickets.

Holding off on fans for as long as possible would not only be the best idea, but it would also stop the spread of Covid and another shut down to sports stadiums which would probably last even longer than just shutting down stadiums for the time being.