ASL should be offered in high schools 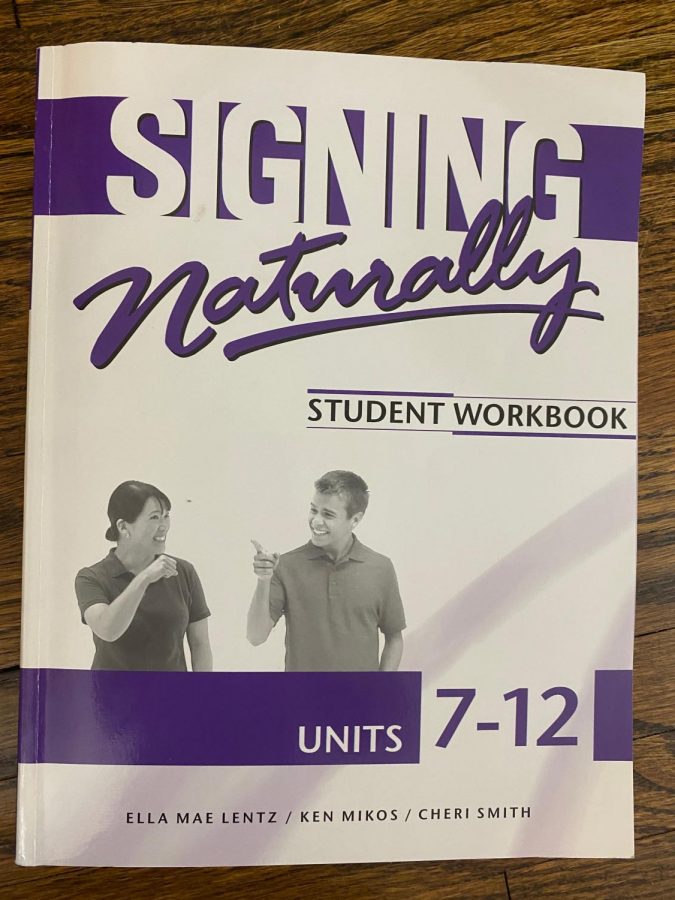 ASL is a popular language in the U.S. that should be offered to students prior to college.

American Sign Language (ASL) may not be as popular of an elective as Spanish or French, but it still should be offered in high schools. The language may only exist in a specific niche – that is, in America and in its deaf/Hard of Hearing (H.O.H.) community – but it still deserves the same amount of attention as other language classes.

Unlike vocal languages, ASL is not something one can remember because of its Latin and/or English roots. ASL is a visual language and is primarily understood through gestures. Learning a language has always required memory, but ASL demands more of it from the user. If the user cannot even sign properly, deaf, H.O.H. people and other ASL users will not be able to hold a conversation with the person. Offering the course in high school would give students more time to familiarize themselves with the language if they wish to continue taking the course in college.

Even though community colleges offer ASL free to high school students, some students interested in taking the course do not do so because they do not have the time. They are already busy with balancing their schoolwork and housework – sometimes even a job. Being expected to also fit in a class with its own schedule would be too demanding for these students. If ASL were offered in high school during a students’ typical school schedule, more students would be signing up for the class.

Right now, if a student wishes to take ASL during school hours, one would suggest they wait until college. However, taking the elective in college would cost the student money. Then a student would be asked why they did not take it in high school, so they could have taken the course free at their community college. This brings the argument back to my original point: taking ASL in high school would fit all students’ schedules – unlike community college – and be free for students – unlike college.

If a school or its district argues against offering ASL courses due to a lack of student interest, then this “lack of interest” needs to be re-evaluated. A lack of student interest cannot be determined if it is not ever officially measured. Not hearing students voice their concerns at school meetings is not enough to calculate the interest. After all, not everybody will attend or participate in such a meeting and thus, their preferences will not be equally represented.

An official way to gather the students’ interest in language classes would be through issuing a survey asking which three languages they want to be taught at their school. Clark Magnet issued this survey last school year, and because of the students’ feedback from it, Armenian classes were offered this year.

If a school or its district argues against offering ASL courses due to tight budgeting, then each of the organizations needs to investigate whether the students are interested in ASL. If a good number of students are interested, the school and district should tweak their budgeting plans to accommodate the students’ interests. If this means decreasing the funds for the football team and transferring a portion of that to the ASL department, then so be it.

Offering ASL classes to students has the likelihood to change a person’s career choice. Just like with most classes, a student can go into ASL not knowing what career they hope to major in or have a set career in mind only to change it because of the class. This language class should be treated like any other class – it, too, has the potential to shape its students and community.