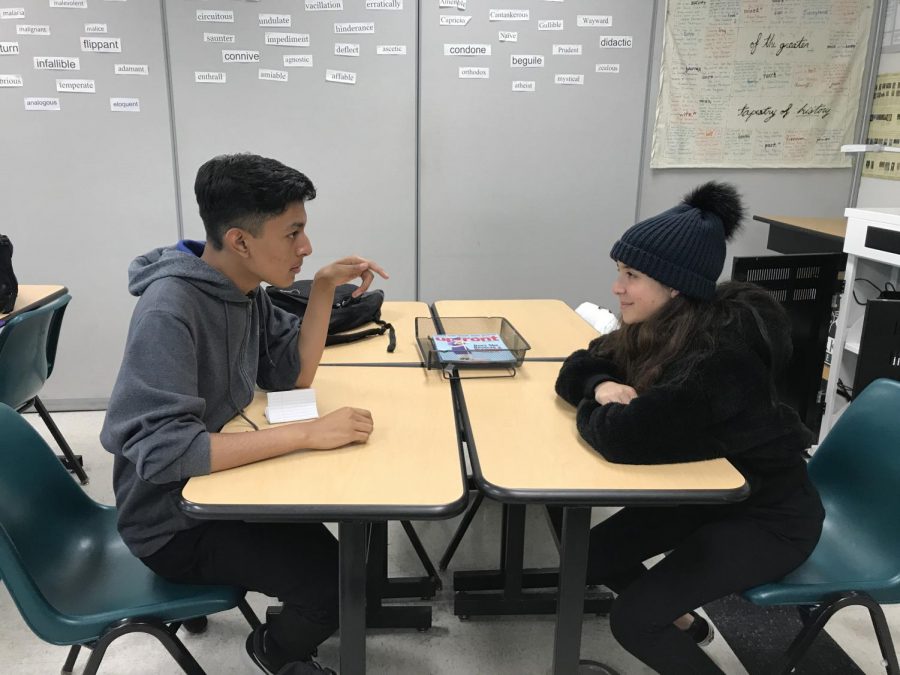 From Julius Caesar to Martin Luther King Jr., people have been punished for their opinions. In today’s society, the things you say could affect your entire future. Does the First Amendment protect us anymore? Or do we have to keep our opinions to ourselves?

In the Constitution, the First Amendment gives the people the freedom of speech. In the 1980s, the government created a category of speech that would be considered offensive to society. Hate speech is speech that attacks a person based on on topics like race, religion, ethnic origin or gender identity. If committed, hate speech could be punishable by a fine, or up to three years in federal prison.

About 27 years ago, ’90s singer Sinead O’Connor tore a photo of Pope John Paul II while singing Bob Marely’s “War” to spite the Catholic Church and their rising cases of sexual assault among the priests. After that stunt on Saturday Night Live, the singer’s career went into a downward spiral from the audience backlash. Although controversial, O’Connor had the right and power to express her feeling towards the topic.

In 2018, Kevin Hart was asked to host the ninetieth Academy Awards but was asked to step down after the committee found some tweets from years back. The tweets were considered as hate speech because of the jokes directed to people in the gay community. People debated that his tweets weren’t ethically correct. Society forgets that he’s a comedian, with the sole purpose of making people laugh, even if it’s about some communities.

But harshly judging people’s opinions doesn’t stop at the lives of celebrities. Peoples’ opinions can determine whether they are accepted into their preferred colleges. Many college applications have been denied because of tweets that were posted years prior to the application.

This should be considered as an invasion of privacy rather than hate speech. Although the tweets are public, colleges should not look through people’s social media. The tweets don’t define the person who is applying and shouldn’t be considered when deciding their future.

Since these tweets were created years before applying to college, the college board should consider the fact that these people were simply immature. Their lack of maturity years ago shouldn’t be a factor of whether they should be accepted or not.

In 2018, the reboot of the ’80s show Rosanne was cancelled due to the head actress Rosanne Barr released a very racist tweet. Barr had compared African Americans to primates and then said that her tweet was “ill-worded.” In this case, her tweet had attacked a group of people in an aggressive manner and therefore is unacceptable.

Although it is important to consider certain things that are classified under hate speech, like the Rosanne Barr tweet, society shouldn’t classify everything controversial as hate speech and destroy the First Amendment. If today’s culture doesn’t put an end to overanalyzing every comment, no one will voice their opinion and get anything done.