Show ‘Em the Curve: Why operation “varsity blues” came to no one’s surprise 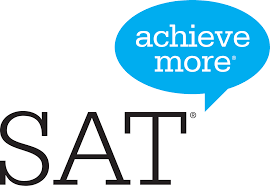 Cheating on the SAT was one of the things Singer offered to parents in which a professional proctor would take the test in place of their child.

Pay it ’til you make it. That was the mantra of actresses Felicity Huffman, Lori Loughlin, Loughlin’s husband designer Mossimo Giannulli, and around  30 other parents involved in the so-called “Operation Varsity Blues,” a crime the Justice Department calls its biggest college admission scandal ever.

The investigation exposed an affluent array of parents who willingly paid the organization’s ringleader, William “Rick” Singer, huge sums of money to pay for proctors to take the SAT in their child’s place or bribe college coaches to admit their kids as “recruited athletes” in sports most had never participated in. The sheer scope of the whole scheme as well as the bold audacity these parents had in order to plan their children’s future is absurd, yet at the same time, was it really surprising?

For the longest time, we all knew that there were a few upper-class families who pulled some strings to get their children into various prestigious universities, such as the ones involved in the scandal. While Operation “Varsity Blues” has solidified this skepticism, this infamous process of the “hack-a-college” — paying or “donating” to reputable colleges to increase the chance of admission — reveals a much deeper problem about the state of the American education system.

As a junior currently going through the process of taking standardized tests, strenuous AP classes, and various extracurriculars, “Operation Varsity Blues” has left me — as well as countless other high school students — wondering if colleges see me as a student or as a stack of cash. Although that may be an exaggeration, it’s not too far from Operation Varsity Blues, as parents literally bought their child’s education.

In fact, this whole notion of essentially ‘buying” your education is a deep-rooted problem that strikes the very heart of education and affects students of all economic standpoints. According to a study in 2013, students from a lower income family only composed 3 percent of enrollment in the competitive schools, a stark comparison to the 72 percent of students that come from “the top economic quartile.” That means only a small petri dish of “poorer” students are actually applying or attending those prestigious universities, a sad reality that doesn’t seem to be changing anytime soon.

The modern college admission system has commenced into a pressuring demand for perfect students, a demand wealthy parents don’t believe their children can fulfill. Operation Varsity Blues has made a clear statement about how profitable and corrupt the college admissions process is.

Once a private school student myself, I’ve met parents who blew huge sums of money to prepare their kids just for the right high school, a lot of them with tuitions more expensive than a car. Some hired pricey tutors, others paid specialized companies to find internships for their child or to attend costly SAT classes that run in the hundreds and above.

Although these activities don’t guarantee admission, they surely provide a huge leg up compared to students with less money in their pockets. This, along with other generous “donations,” can be seen on the campuses of universities to preschools are some ways that some parents legally get these schools to admit their kids. It’s unfair, but it’s still legal.

However, what’s sadder is the strongly held belief that secondary education is a factory that produces futures for everyone, something the education system has led us to falsely believe. The original purpose of college is to allow further study into a specialized major, not magically create a job once a student graduates. The whole foundation for parents like Loughlin, Giannulli, or any other family involved in Varsity Blues, is to preserve their reputation and family by sending their “overly qualified” child to a university with a good name, something that shouldn’t be the case.

Instead of faking your way, they should’ve cared about what’s best for their child. And for regular parents who are anxious about their own kid, money doesn’t always solve the problems. In the end, it’s not where you go or how much money you paid that matters; it’s what you do there that does.