‘Baby It’s Cold Outside’ banned from some radio stations’ playlists 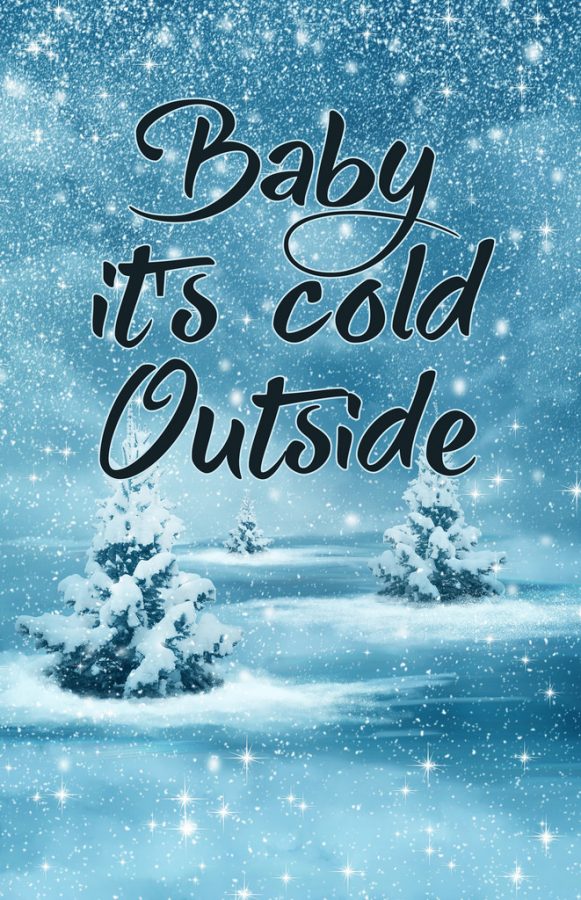 The song that started all of the holiday controversies.

It’s that time of year where radio stations begin to play festive songs and celebrate the beginning of the holidays. And listeners get to hear new and old holiday songs. But some radio stations may not play some of those classics this year.

“Baby It’s Cold Outside” is a Christmas classic, written in 1944 by Frank Loesser, and has since then been a big hit. Loesser threw a Christmas/housewarming party and wrote this song for his wife Lynn Garland and their party guests. It was intended to give a message to the party guests by telling them it’s time to leave. The song immediately became popular and was played every holiday season. “Baby It’s Cold Outside” gained popularity from being performed in the 1949 film Neptune’s Daughter. It even won an Academy Award for Best Original Song from the film.

But due to movements such as the #MeToo movement, “Baby It’s Cold Outside” is being banned from some radio stations, which is not the correct way to handle the situation, especially since the song has been such a hit for so many decades. After listening to the song closely, many people have found other meanings to the song and have interpreted the song in a bad way, where the woman in the song could be seen as a victim and then man as a offender. However, not all songs should be dismissed for having a bad influence just because of a negative interpretation.

The KOIT radio station in San Francisco has announced that they will not play the song in their holiday playlists. Brian Figula, the program director, has stated that many listeners have complained about the song and how it should not be a part of the song playlist.

Apparently, the song is interpreted in a way where the woman in the song is being held in the home against her will. The beginning of the song is what got listeners to do a double-take when hearing it. “I really can’t stay (Baby it’s cold outside), I gotta go away (Baby it’s cold outside).” They believe the woman in the song is trying to leave the home, but the man is forcing her to stay by insisting it is too cold outside to leave. Many believe that she may even be forced to stay due to the fact she is afraid to leave.Which is not how the song is meant to be, Loesser intended for the song to be more friendly and asks the women to stay in because they are stuck in a snowstorm.

There is a trend throughout the whole song of lyrics that may be seen as inappropriate. For example, “The neighbors might think (Baby it’s bad out there). Say what’s in this drink? (No cabs to be had out there).” These lyrics are interpreted in a way where she may be drugged because the man have put something in her drink. But the man continues to persuade her to stay and that everything will be fine if she stays with him since it is dangerous to go outside.

The #MeToo movement is against this song because movement supporters believe that women should not have to be put through these situations and should have a voice and speak up. They believe that the song should not be played because it sends a bad message to future generations about how women should be treated and how they have rights.

However, there are many other current songs in popular culture that are far worse and should be more concerning, rather than a Christmas song that was written many years ago. There are also many issues that should have more involvement than a holiday song, such as the recent Brett Kavanaugh case, which was forgotten about so quickly even though it was an important situation about a current Supreme Court justice being accused of rape. Situations like this should be more concerning for our generation rather than a song.

The major difference from society back then when the song came out from today’s society is that now due to all the problems in the world everything is taken into consideration. Back then these lyrics would not have seen as a bad thing. It could have been just a regular old holiday song, but now as times change these songs are seen as a controversial and as a negative influence.

Even though the song was not written with these intentions, it should not be hated on for being a certain way, because when it was written it was done for the purpose of holiday cheer. Everything should be taken into account, especially when the song was written in the past where our current situations were not relevant. Every song has a different meaning and should be listened to for and interpreted for the way it was written at that time and not any other way.