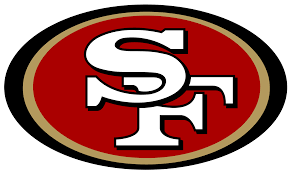 Although the charges for Foster have been dropped, the case brought awareness to the NFL's problem with domestic violence.

When compared to other sports, the NFL is one of the most ruthless and physically-endangering sports out there. From a quick glance, it can easily said that NFL players are physical specimens whose bodies hold raw strength, agility and speed.

In basketball, you get a foul for touching someone. In football, people cheer when you get blown to pieces by someone.

But what if these players use their bodies for the wrong purposes, purposes outside the playing field? The NFL and its teams would most certainly have a direct response to those players, right?

Well, NFL teams and the league as whole have no answer. In fact, they barely do anything at all when it comes to violent crimes such as domestic violence. Instead, they play the quiet game.

On April 12, San Francisco linebacker Reuben Foster was charged with multiple charges regarding his arrest back in February. Charges included three felonies which includes domestic violence after Foster allegedly beat his girlfriend where he “punched her in the head eight to ten times,” rupturing her eardrum.

There was plenty of evidence for police to file a case against Foster. But when the 49ers released their statement on the incident, their intents on Foster seemed to prove otherwise.

In a news release the San Francisco team said it “will continue to follow this serious matter” and whether Foster will be released or not “depend(s) on what is learned through the legal progress.” In other words, Foster, the Niners’ 2017 first-round pick, is too valuable for the team to pick up.

Sadly, time after time, NFL teams like the 49ers have a hard time releasing players charged with crimes because they are too important. Do it for the team, they say. But these players aren’t helping the bigger team that is our community.

It’s terribly unfair how a player can still earn millions of dollars even after they’ve been charged with a crime. There are many victims of abuse from NFL players, with just as many cases of the NFL not doing anything about it.

What the Niners should have done was release Foster and show the zero-tolerance policy many NFL teams claim to have on players who committed a crime. It’s unfair to let these criminals continue to play on the field while others continue to suffer.

The NFL needs to change not only their rules but also their culture. Teams shouldn’t look at players as dispensable item, but rather as living, breathing human beings. No matter how good Foster is, the 49ers should send a message of change by releasing him.

The NFL has a profound effect not only on its viewers, but on American society as well. It’s time the league should do something about the players who hurt and terrorize their loved ones. This is not a problem to deal with later. It is a problem that demands immediate change.