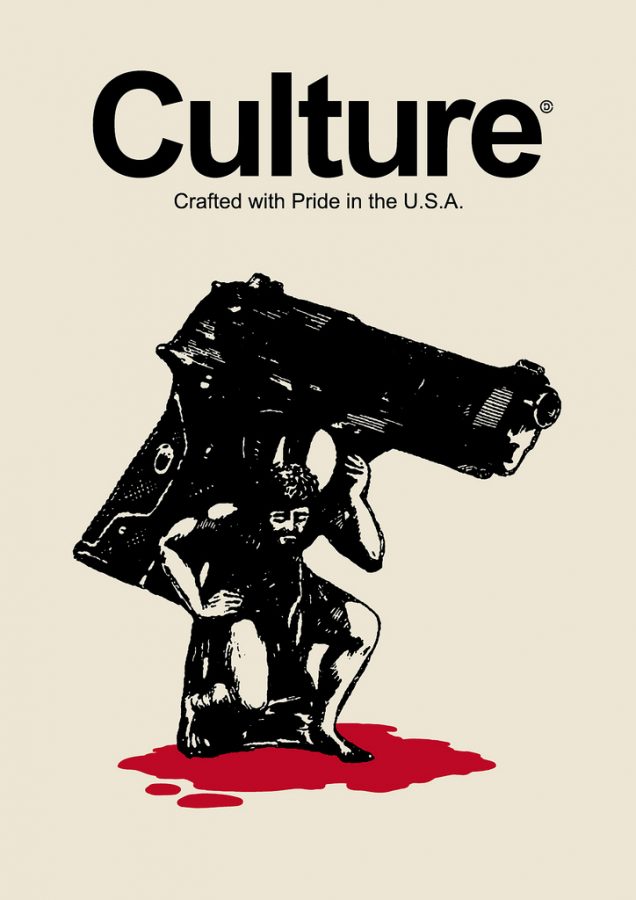 Every day, 96 people are killed by gun violence. America’s gun violence counted for more than 82 percent of gun deaths. But in the famous words of anti-war novelist Kurt Vonnegut, our reaction as U.S. citizens is this: “So it goes.” Recently, yet another high school shooting in western Kentucky occurred, killing two, injuring 18, and forever scarring the lives of so many.

The Kentucky school shooting already adds to the price toll of guns in 2018, the eleventh school shooting of the year. Whether it’s deep in America’s heartland or downtown in a bustling, ever-so-busy metropolis, no child is safe in their schools anymore.

Since 2013, more than 300 school shootings have occurred in the U.S. alone, and it doesn’t seem to ever cease anytime soon. This bloodshed and violence leads to one conclusion: school shootings are nothing more than a commonplace.

But the battle to end gun violence isn’t over; it has only reached a standstill. As Americans get more involved in the world of phones and social media, the once instinctive feeling of community is slowly fading away. We are more private and less open to speaking out against the injustices of society, such as gun violence.

“Praying for them,” we calmly post on Twitter, Instagram or any social media platform. But do we really care about them? Or are these shootings just continue to constantly occur, in which we are tired of what the news and media has to say?

As our world becomes more virtual and faster paced, we unknowingly create a more privatized life for ourselves, never really being open to anyone besides our immediate friends and family. To be honest, this hesitance to stand up and decry these social injustices is the primary reason why lawmakers are not doing anything to solve the gun problem.

It is safe to say that “the majority wins” is the catch phrase that defines the government today. Yes, there are people who are actually protesting against guns, but there aren’t enough people to get the job done. Our country needs more advocates to rise up to the occasion and ultimately push for change. Unfortunately, not many have.

One prime example of communities coming together was the support of the legalization of gay marriage. It wasn’t too long ago when both men and women hid their true selves “in the closet” because many did not support the LGBT community. But as decades passed, mutual support of LGBT groups began to grow, and eventually, thousands of people turned out in the streets demanding that gay marriage be legal. By 2015, the Supreme Court legalized gay marriage nationwide, thanks to those LGBT advocates and their supporters, who stood up and united together to fight for a common cause.

It is high time for America to stand up and fight together as a united country for the cause of lessening gun violence. We may each have our own differences, but in the end the only way to stop gun violence is by protesting and unifying as one. Americans need to stop endlessly staring at the unimportant posts of the virtual world, and focus on the real world right in front of their blinded eyes.

We have to wake up to reality. How are teens getting guns and not being noticed? Why are we not noticing those in mental or emotional need? And why isn’t the government doing anything to change and stop gun violence? And how do we resolve this major gun problem?

Well, those answers are still up in the air. Many now believe that arming teachers is the easiest resolution, a so-called fighting fire with fire type of situation. But how can students fully participate with confidence if they see their teachers with a gun next to them? What if teachers abuse this deadly power?

Erasing violence with violence will not stop the bloodshed given. It’s simple math; the violence will only multiply. The best way to stop school shootings is by teaching the next generation about guns and their dangerous possibilities. The written word and the word of mouth will always be stronger than a loaded gun. Teaching children to ask for adult help when they are in mental need will help prevent more students from bringing violence to their schools.

In the end, these open-ended questions are the fuel to our future’s empty gas tank. It is not certain how the future might turn out, but one thing is for certain: gun violence in schools will increase until something is done.

Yes, it has been repeated too many times, but constant repetition can never make up the lives lost by these shootings. Now is the time for everyone to wake up from their social media slumber and realize what is going on in our world today, or else they’ll lose the people they love tomorrow.