Men go to military service against their own will 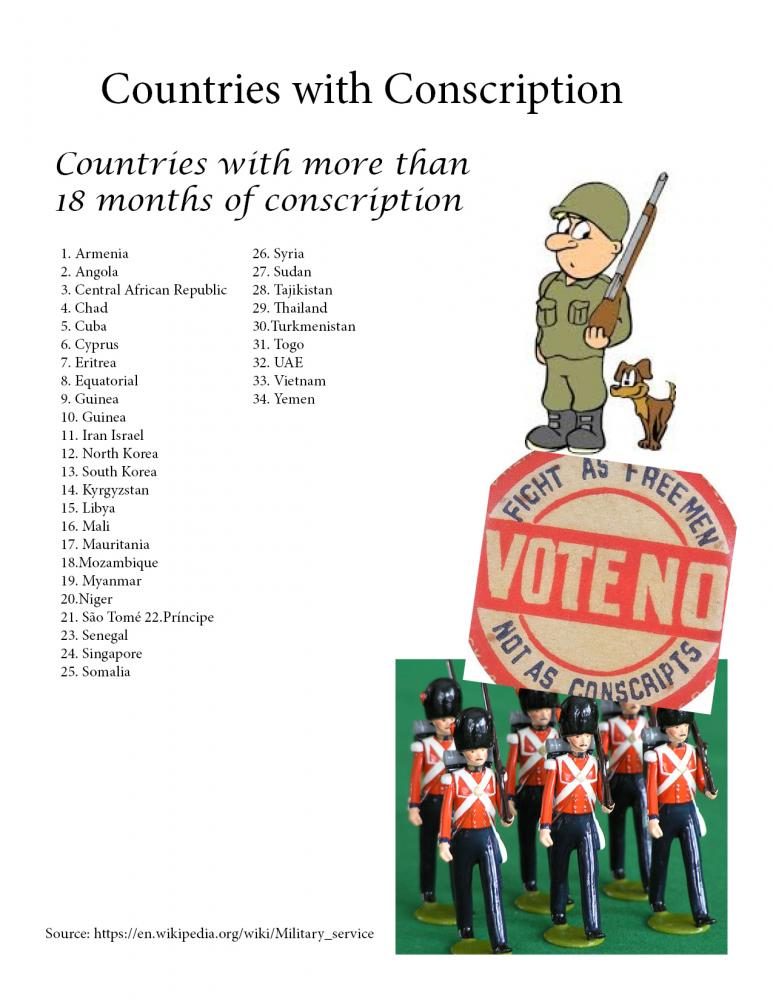 Today, men in the United States at the age of 18 are required to sign up for the military draft. However, in many other countries men must serve for their mandatory military service programs. They must complete this task as their job as a citizen, but this is not beneficial to these men who are forced to serve in other countries.

These men are forced to leave their homes and go serve in their military before they reach a certain age. If this requirement is not met, however, men could be go to jail for not doing their duty as a citizen of their country.

For example, since both North and South Korea are under the 1953 Armistice Agreement, both are building up their military just in case one side starts war again with the other. Unfortunately, this affects the men who are forced to serve for their country. Many are faced with the same problems and questions. “How can I leave everything behind?” “What will change while I am gone?” “How will my family survive without me?” “What will I do once I come back?”

My father, Charles Chung, was one of the thousands of men who has had to serve for three years in the South Korean military. “I lost my time when I was younger,” he said. “I had a lot of ambitions and passions that I wanted to pursue. However, me going to the army made me stop and waste my time. When I came back from my service of three years, I had missed all the changes that happened around my own country. I was lost and confused, and the worst part was that I couldn’t understand my own culture anymore. It was like as if I had moved into a new country.”

Once men like my father return from their service, they have already lost not only time, but they often have to get a new job and start their career all over again.

Today there are 73 countries with mandatory conscription laws. Men are being drafted early only to be ripped apart from their families and their lives for at least a year. These men under these laws will only make these men suffer the amount time was lost within their lives. If governments are supposed to represent the people, they should consider the lives of these men who are ripped away from everything when they do their service