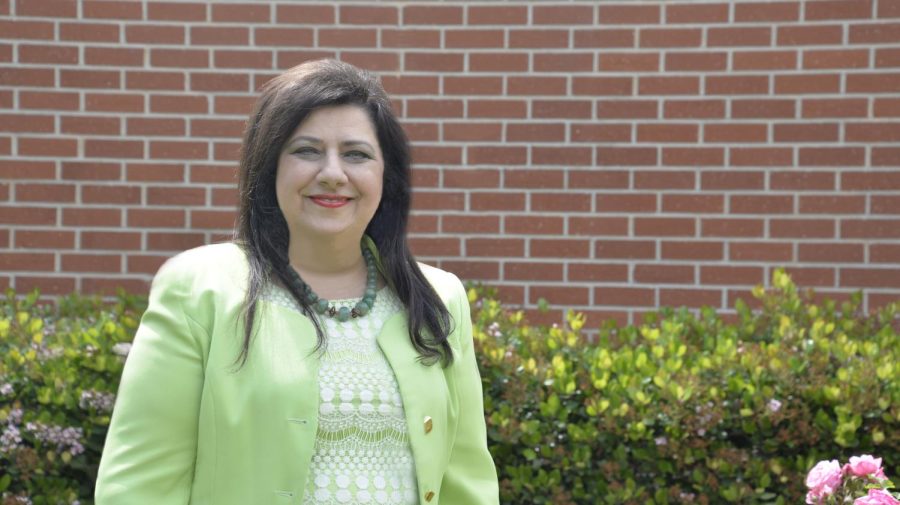 Mrs. Kortoshian leaves Clark for her promotion to the district.

What was a regular Wednesday turned into an important mark in Clark history. Principal Kortoshian has been accepted a position as the Director of Teaching and Learning at Glendale Unified School District office.

Mrs. Kortoshian has been leading Clark to succession for many years. In spring of 2016, Mrs. Kortoshian was appointed as Clark’s second principal. Prior to that, she was teaching Math for 13 years before becoming the assistant principal alongside Mr. Dall, Clark’s founding principal.

Over the years, Mrs. Kortoshian worked to add more AP courses, an additional language course, and several pilot elective courses as well. Under her supervision, Clark was able to hold its first ever homecoming, multiple dances throughout years, and numerous rallies that have made Clark the school it is today.

While this is a great opportunity for Mrs. Kortoshian, the news of her leave at Clark has filled students with a feeling of surprise among other emotions. Sophomore Talia Zadourian was especially moved by this change, having said, “She’s made a big impact on students’ lives and [she] is a big part of Clark. It’ll be weird with her not being here.”

Senior Eva Zakko also explained that, “She was a supporter of every student and made a lot of changes.” Mrs. Kortoshian has clearly not only left a mark on the school but the students as well.

When asked about the new change, Dr. Landisi expressed, “Mrs. Kortoshian has made an effect on Clark in many ways and she is well qualified and ready for the next step in helping all of the schools in Glendale achieve high levels.”

On the topic of her new position, Mrs. Kortoshian explained, “I’ve been working in the district for 32 years, and I am glad to have the opportunity to affect other schools. My heart will always be at Clark.”

Mrs. Kortoshian struggled to hold back tears when explaining her devotion, pride, and appreciation for Clark and its students and staff.

While the future of Clark is still not certain as the district and board of education have yet to pick a new principal, students and staff are all wishing Mrs. Kortoshian the best of luck as she embarks on the next step in her career.