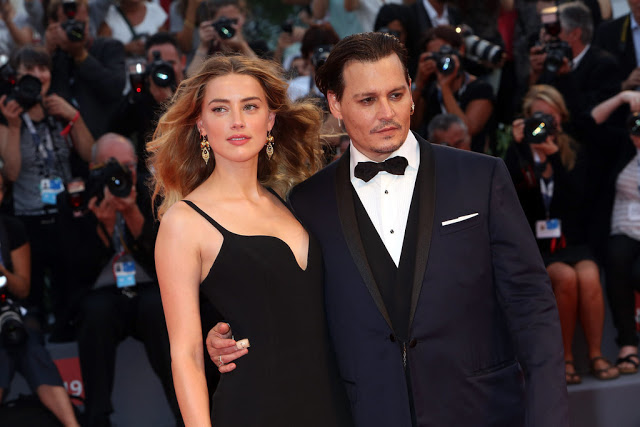 Johnny Depp and Amber Heard have been well-known in their spheres of influence, but the demise of their marriage of two years laid more eyes on the pair’s relationship. In the public eye, they were never well-received.

The trial between Pirates of the Caribbean star Johnny Depp and Aquaman star Amber Heard has stirred controversy on the internet. Depp filed a lawsuit against Heard for defamation over her article that had been published in The Washington Post titled, “Amber Heard: I spoke up against sexual violence — and faced our culture’s wrath. That has to change.” Depp claimed that Heard is not the victim of domestic abuse, but rather the perpetrator. In 2016, Pirates of the Caribbean producer Jerry Bruckheimer had closed a deal verbally promising Depp $22.5 million for him to reprise his role for the sixth movie. However, Disney no longer offered him his role in the franchise after the publication of the article.

A trial started in Fairfax, Virginia, beginning on April 11, 2022, that ended on May 27th, 2022, with both parties presenting their final statements. Depp’s lawyer, Benjamin Chew, claimed her “false allegations had a significant impact on Mr. Depp’s family and his ability to work in the profession he loved.” Heard’s lawyer Benjamin Rottenborn stated that “The article is about the social change for which she is advocating and that the First Amendment protects.” Rottenborn claimed that there would be proof presented at the trial portraying the domestic abuse Heard endured.

At the trial, both Depp and Heard’s lawyers presented a variety of evidence claiming that there had been abuse on both ends. Through the testimonies of witnesses and the use of recordings, photographs, and messages, Heard and Depp revealed to the jurors the horrors of their past relationship. “Never did I myself reach the point of striking Ms. Heard in any way, nor have I ever struck any woman in my life,” Depp said. Depp’s sister, Christi Dembrowski claimed that he didn’t leave the abusive relationship he was in since his father never left their abusive mother.

To reveal Heard’s unsupportive character, Dembrowski testified about Heard’s reaction to Depp’s meeting with Dior. “Why would Dior want to do business with you? They’re about class and they’re about style, and you don’t have style,” Heard said, according to Dembrowski.

The internet is filled with the hashtag #justiceforjohnnydepp where users are voicing their concerns on TikTok and other social media platforms, advocating for Depp to receive the justice he deserves. Throughout the trial, a recording of Heard’s voice was released, “…but you’re fine, I did not hurt you, I did not punch you, I was hitting you,” Heard said. In another instance, Depp rose to the surface speaking of the moment Heard threw a vodka bottle at him, which severed the tip of his middle finger.

On June 1, 2022, the trial’s verdict was released, with Heard making her frustrations clear. “The disappointment I feel today is beyond words,” Heard said. She was given $2 million in compensatory damages since the jury found her to be defamed after Depp’s lawyer referred to her allegations as a hoax. Johnny Depp won the defamation lawsuit, as the jury found Heard to have been guilty of lying about the abuse. They unanimously agreed that Heard wrote the op-ed against Depp with harmful intentions, awarding him $10 million in compensatory damages and $5 million in punitive damages. Though, the state’s law caps punitive damages at $350,000.  “The jury gave me my life back,” Depp said in a statement. This trial may be viewed as a depiction of truth against reality. The trial illuminated that men can endure abuse just as women can. Though the pair portrayed themselves as Hollywood’s ideal couple, their relationship proved otherwise.