World War III, what started as a joke but may be a reality 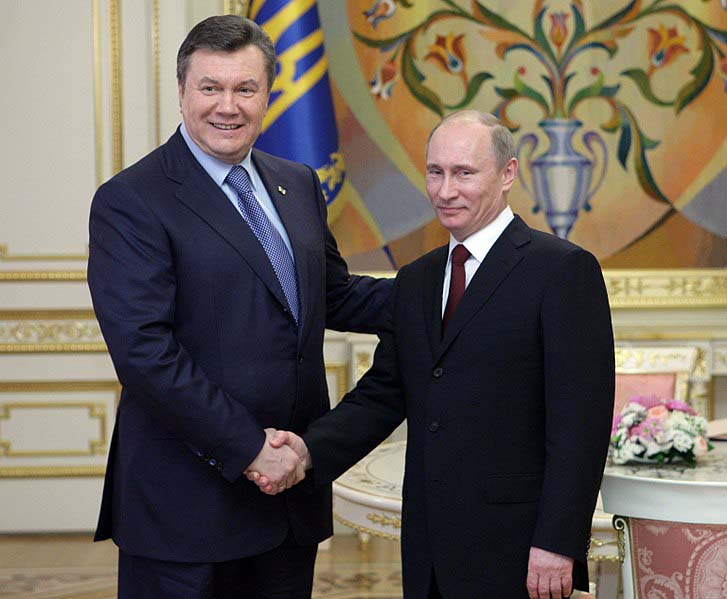 Vladimir Putin in Ukraine on April 2021, not the first but last visit to the country for awhile.

No, it is not Germany this time. Russia, a former Ally in the previous World Wars, puts the world at risk by contemplating a potential attack on its neighboring country, Ukraine.

“I heard about the conflict originally on Tiktok but I didn’t realize how old it truly was until recently,” explained Junior student Mayla Khachatourian.

Tensions originally began after the fall of the Soviet Union, as border lines were redrawn. However, the two countries did not enter into any serious conflicts until 2014, after Russia annexed Crimea, a city formerly inside Ukraine. This annexation was considered to be the start of the Russo-Ukrainian War that is currently still occurring but remained rather dormant until recently.

Many countries have conflicts, what makes this conflict dangerous to the world is that Ukraine wants to join the world organization, NATO and has been since 1992. NATO and Ukraine have been forming relations for over a decade now and their joining seems to be soon approaching something that Russia is not fond of. This would not be the first or last time Russia has shown hostility between the growing influence of the West around bordering countries.

As a soon-to-be member of the security organization, if Ukraine were to be under serious attack, other members of the organization would be expected to send their support to the country.

With involvement from other countries, especially global powers such as the United States and Canada, the attack has potential to escalate quickly. Also considering the clossening relationship between China and Russia, two countries known for communist policies and nuclear power, the potential attack from Russia has the foundation to spark a global conflict.

Russia currently has roughly 175,000 active troops near the Ukrainian border as reported by U.S. intelligence. With increased military activity on the Russian side of the border, many European nations have begun worrying for their own countries’ safeties and preparing for a potential conflict themselves.

“I personally think that things will work out, such global conflicts are easier to start due to growing alliances, however, I do not think global warfare would be beneficial to any country amidst a pandemic,” explained former Clark student Suzy Sayamyan.

On January 31, 2022 current Presidents Valdimir Putin and Joe Biden held a virtual meeting discussing the future of the two countries. The two countries have maintained rather weak yet strategic foreign-relations with one another for the last couple of decades.

“It’s scary, but you just have to hope for the best, anything can happen these days,” said current Clark teacher Mrs.Shari-Scott Sawyer.

In the meeting, President Putin has said that he feels as though the U.S. as an ally of Russia has been ignoring Russia’s security demands over the past few months. Russia’s main concern for Ukraine is it’s increasingly improving relations with the West, and with lack of support from the U.S, Russia may be even more tempted to make an offensive attack in the idea of defending themselves from the growing West.

After the virtual meeting, the likelihood of an attack from Russia seems less likely as the country showed leaniness and a willingness to cooperate.