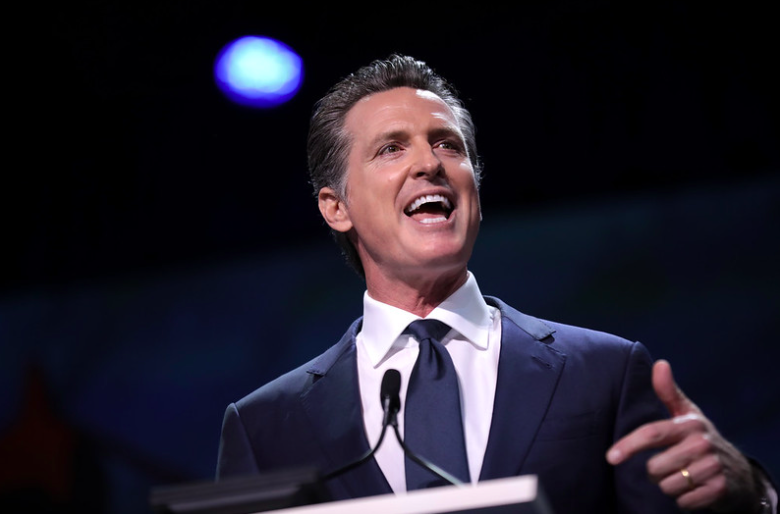 Governor Newsom speaks at the 2019 California Democratic Party State Convention in San Francisco. Newsom has been Governor of California since January, 2019.

Tuesday night was the height of the California recall election: Newsom, alternative candidates, and California residents awaited the news of their new- or unchanging- state governor. Senior Gabriela Marcucci watched the election with her family. “We all were very calm because we expected this would happen, and we actually thought Newsom was going to win no problem,” said Marcucci.

Prior to serving as Governor, Newsom served as mayor of San Francisco from 2004-2010, and then served as lieutenant  governor of California from 2011-2019.  In that time Newsom’s record has been tarnished for failing to improve homelessness, high taxes, immigration laws, and more. However Newsom has notably ended the death penalty (temporarily), and put limits of the police use of force against civilians.

“Most people just wanted him out of office because of his hypocrisy, though the fact is that Newsom didn’t technically do anything wrong, he’s just the wrong person for the job,” said senior Sintia Khosravian. “Moving forward, I think Newsom should put down his desire to build an impressive career for himself and focus on doing his best for the good of the people.”

For those that voted yes on the recall, more than 40 candidates from different backgrounds were in the running. The lead candidates on the ballot were Larry Elder, Kevin Faulconer, Kevin Paffrath, and Brandon Ross. Candidate Larry Elder won 46.9% of votes, and was Newsom’s main challenger on election day.

Following Newsom’s win in the election, California residents have a few takeaways to keep in mind. Throughout the pandemic Newsom has issued strict covid regulations, and now that he is guaranteed to stay in office strict policies are also guaranteed to stay. In Newsom’s election speech, he hinted at this by stating rejecting the recall means saying yes to science, vaccines, and ending this pandemic. There is also a possibility for a Newsom vs. Elder race in 2022, as Elder hinted at his rally in Orange County: ““We may have lost the battle but we are going to win the war.”