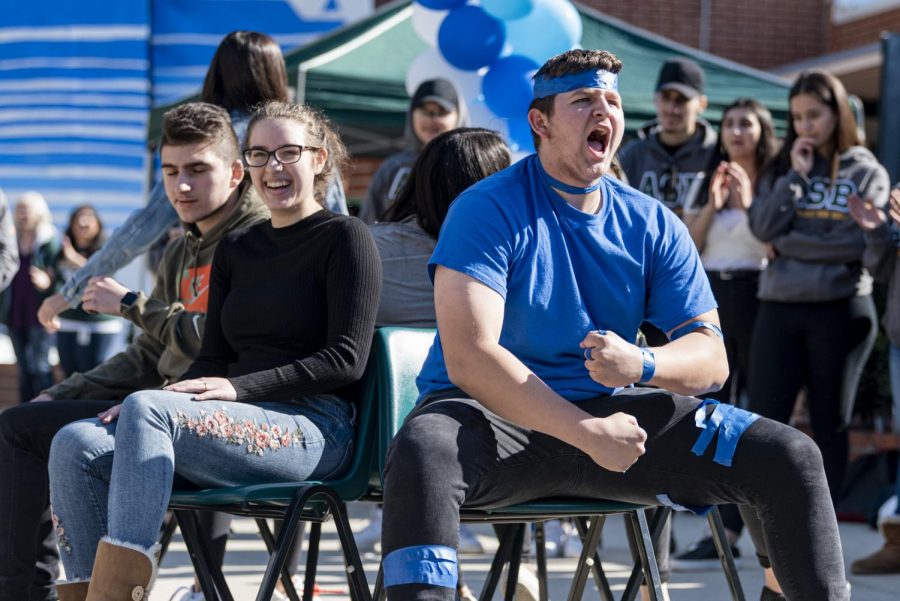 Students play musical chairs at the rally. The games were received with enthusiasm by many students.

It was a sunny autumn day. Remixes of pop songs blasted through the speakers as the first round of students filed into the amphitheater.

“You need to move up into the front rows! No hanging around the back!” Principal Lena Kortoshian’s voice sounded over the crowd.

Since the Nov. 22 Disney-themed rally was Clark’s first, many students were dismissive of the idea. And yet, as the rally went on, the cheers got louder. The different competitions and unexpected events — including teachers dancing to “Friend Like Me” from Aladdin (2019) — won over many of the students.

Despite having organized the rally, some ASB officers were surprised by the reception. ASB Junior Class Secretary Lilya Ohanyan was inspired by the results. “It was better than I thought it would be, so I can’t wait to make the next rally even better from what we learned,” Ohanyan said.

The main event for the rally was the competitions. Students from every grade level volunteered to play one of various games, including musical chairs and the honey jar game. The winner got a point for their whole grade.

Junior Abigail Castro volunteered for the “seaweed tangle” game. Although Castro didn’t win, that didn’t detract from the experience for her. “It was actually really fun, and I didn’t expect myself to actually volunteer to participate, but I don’t regret it,” Castro said.

Even though the rally was only about 45 minutes long, the rally consisted of many different events, meaning it required a lot of planning on the ASB’s part. ASB Director of Activities Liana Tutunjian found it to be very stressful, but she managed to learn from it as well. “I think the main thing is to work as a team, and I was kind of stressed because there were a lot of different opinions and a lot of different ideas,” she said.

Despite the rally’s unexpected success, some were still sour about the results of the competitions. Even though the rally happened twice (with all the same events), the senior class won both times. Castro did not feel the competition was fair at all. “I just felt like the seniors had more of an advantage in this one, and I think everyone saw it,” she said.

Stll, Castro — and many other students — said they enjoyed the experience. “Since it’s our first rally, it wasn’t as well-executed, but considering it’s our first time, it was actually really entertaining,” she said. “I feel like if we continue to do this as an annual thing or like, even just a routine thing, something to celebrate for, I think this school might actually have some more fun.”