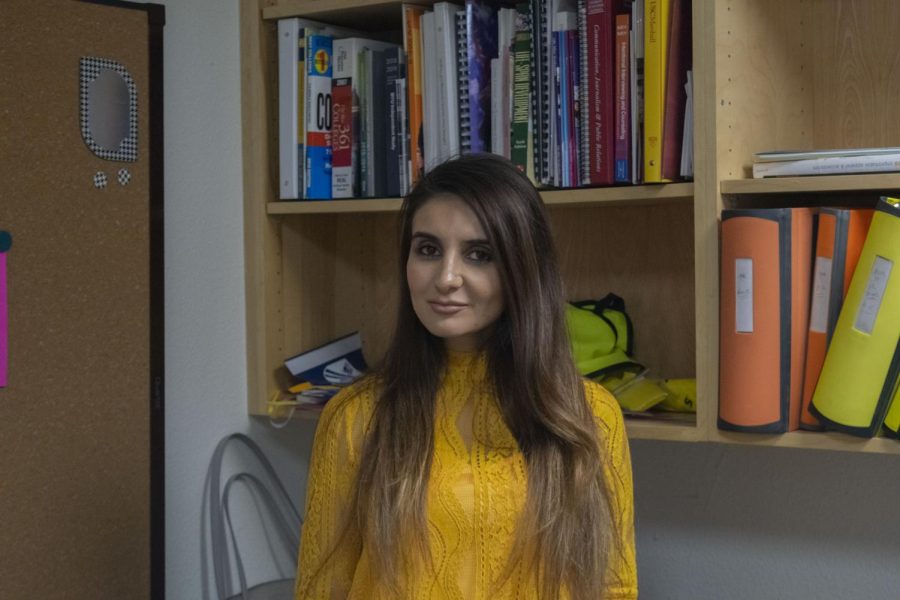 Having experience as a counselor for several years, new counselor Anna Margaryan looks forward to bringing her expertise to Clark and helping students plan their futures.

On a typical day, new Clark counselor Anna Margaryan is always on her feet. Jumping from office room to office room, she enters and leaves within a blink of an eye, arms full of papers, binders, schedules, you name it. Always dressed to the nines, she’s pretty hard to catch, and, aside for the occasional stop for a sip of coffee, Margaryan makes running in heels look like running in tennis shoes. And yet, interestingly enough, throughout the whole marathon of watching her daily errands and meetings, something quite peculiar can be noticed. Busy or not, tired or energetic, early in the morning or late into enrichment, Margaryan’s door to her office is almost always wide open. The seemingly simple gesture runs deep to who Margaryan is, and goes way back to her time as a high schooler.

A product of GUSD schools, Margaryan graduated from Glendale High School. An avid fan of the English literature and the humanities, she had originally looked into a career in journalism, specifically a career on television. She enrolled at Glendale Community College before graduating from UCLA with a BA in American Literature and Culture. However, an internship on the local ABC 7 News revealed a sharp shift in her career plans. “It was just too cutthroat for me,” Margaryan said. “I couldn’t accept a network possibly cutting me from the job like it was nothing.” Afterward, Margaryan began her career in education when she took a job as an attendance counselor at John Muir Elementary. “I really enjoyed being and interacting with the kids,” Margaryan said. “I knew that I wanted to have a career where I’m around kids and support them.” After receiving her Masters in School Counseling from Loyola Marymount University as well as her certification to counsel at public schools (called the PPS credential), she moved to Calabasas to begin her career counseling middle school students at the Las Virgenes Unified School District, where she worked as a personal issues counselor for troubled students or students at risk. “It was so eye-opening,” Margaryan recalls. “Seeing middle school students suffering from anxiety and depression really made me see all students differently, that every person is going through something.” In fact, the experience made such an impression on her that she still makes sure that all her students aren’t just okay schedule-wise, but mentally and emotionally as well, which leads back to the open door to her office.

“I always leave an open door to let my students I’m here for them,” Margaryan. “If a student needs to talk about something personal, then I’d have an open and honest conversation with them about what they’re going through and let them know they can trust me by keeping a confidentiality agreement between us.” Unlike her tenure at Calabasas, however, Clark has provided her a completely different experience. “At Clark, it’s on the other side of the spectrum [from Las Virgenes],” she said. “I was impressed by how the students are not only motivated but also advocate for what they want or what they believe is right.”

Outside of her work, Margaryan enjoys reading classic literature, with her favorite book being Wuthering Heights by Emily Brontë. She also enjoys traveling with her sister both internationally and right here in the US, with her recent trips ranging from Singapore to New Orleans.

With the first month of school almost complete, Margaryan looks to continue learning on the job and. above all, see highschoolers not as students but as human beings. “If a student needs support for whatever they go through I’ll be there to listen to them,” Margaryan said. “If you need something, say something. My door is always open and I’ll be more than happy to listen to what you have to say.”