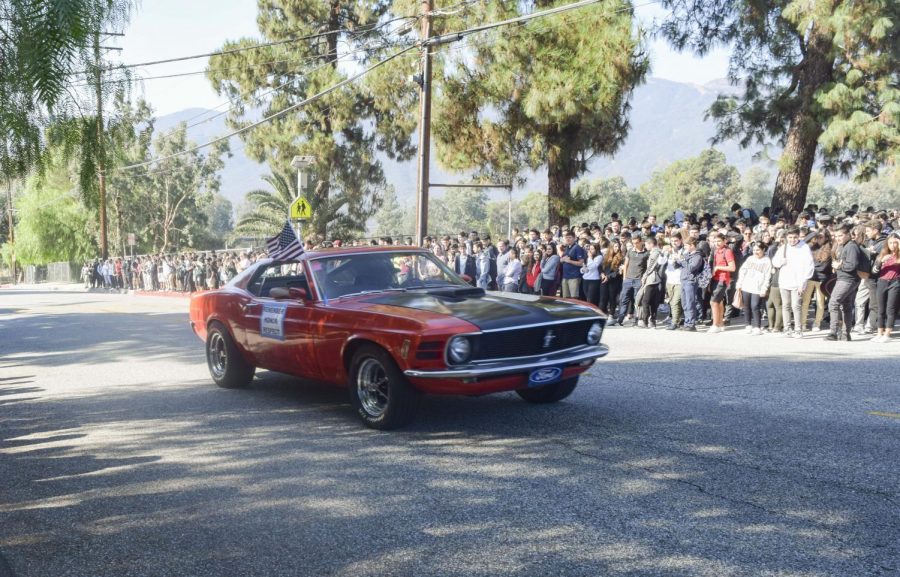 A shiny, red car drives up the street.

On Sept. 11, Clark students and staff waved and cheered as they watched the Crescenta Valley Remembrance Motorcade. Fire trucks, police cruisers and vintage cars, drove up New York Ave. to commemorate those who lost their lives during the Sept. 11 terrorist attacks. These vehicles were driven by firemen, police officers, veterans, school board members and the GUSD superintendent.

The motorcade was planned by the Crescenta Valley Chamber of Commerce and the Early Rodders Car Club, and is on its sixth year. The procession of vehicles drove by several schools in La Crescenta and La Cañada Flintridge, as well as local fire departments and the Crescenta Valley Sheriff’s Station.

For many freshmen, the motorcade was a new experience. “[The motorcade] made me happy that we remember 9/11 and honor the people who died,” said freshman Elin Babakhaniance. “It’s a good way to show students how to honor people.”

The motorcade was also a first to new teachers, such as Shari Scott-Sawyer, a college/career prep and health teacher. “It was a very unique way to remember those who died and to celebrate patriotism,” Scott-Sawyer said. “It’s a great idea that gets the community involved.”