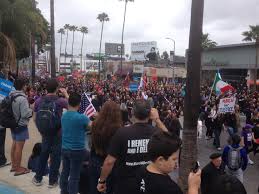 After the Ottoman Empire’s collapse on Nov. 1, 1922, countries were immediately established, setting borders that democratically govern their citizens. However, the rise of Communism and other factors led to corrupt countries across the Middle Eastern region. One country affected by the corrupting governments was Armenia.

Since 2008, Serzh Sargsyan has been the prime minister of Armenian. He was the third president of Armenia and elected prime minister for two consecutive elections. Yet nothing good has come of it. His ruling has caused thousands of Armenian many losses.

Sargsyan should not have been in the office in the first place, since he had no good intentions. Under his rule, Armenians have lost their jobs and families struggle to provide for their children. This leads to many people becoming homeless and hungry. He also changed many laws, such that Armenians do not have the right to vote for their leader. He believes that he should have more power than the president himself. The Armenian government should have seen the negative effects that Sargsyan had placed on Armenia and stopped him before the situation got as bad as it is now.

Nothing was to come of him, until recently at the beginning of April when he wanted to serve his third term. It was wrong of the government to let him continue to a third term. He promised that after his second term he would not be the prime minister again. This was a lie, since he decided to run for a third term. His lies are why the Armenian citizens live in chaos and do not have a good leader. After years of dealing with the bad economy and harsh living conditions, the people of Armenia finally said that enough is enough. They began to protest to get rid of Sargsyan once and for all.

With the help of Nikol Pashinyan, an Armenian politician, the rallies began and lasted for a long time. He was the one who organized the rallies and helped the citizens of Armenia reach out to the government. As many as 200 demonstrations were held and more politicians joined the rallies.. For two weeks the people of Armenia protested for impeachment. On April 22, community members in Glendale, California, also started to protest. After the hours spent every day, Sargsyan was removed from office. Their voices were finally heard and the citizens of Armenia got what they were after. The strength of their community is why they fought so hard.

If it was not for the powerful voices of the citizens of Armenia, they would still be under the harsh ruling of Sargsyan. His beliefs were morally wrong and did not give a voice to Armenians. They desperately need a change from the ruling of Sargsyan and that is what they gained. Now since Sargsyan is out of the office, the citizens of Armenia get to vote for their leader again. On May 1, they had the opportunity to vote again and choose a new prime minister, but the candidate they wanted to win unfortunately didn’t. So now, the elections have been extended for another week. Hopefully, the elections work in the favor for the citizens to bring them a leader that will help save the lives of the many struggling Armenians.

The fight for a better life does not stop there. With this big change many more are to come, making Armenia the beautiful and powerful country it once was.