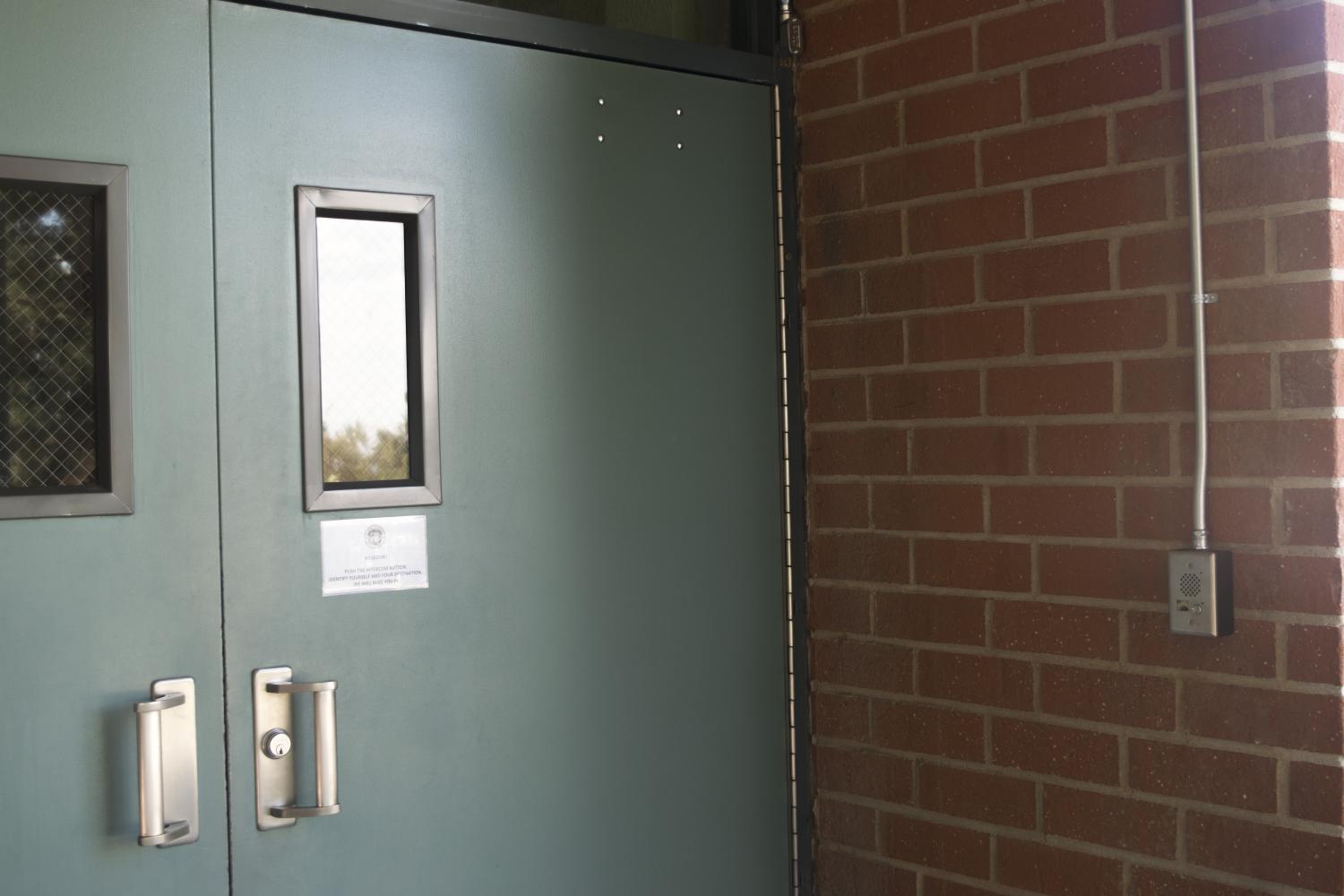 Entering the 2017-18 school year,  Clark introduced a new front door buzzer and security detail to the school. “The primary goal is to ensure the safety of students and staff,” said Associate Principal Dr. Brian Landisi. “We’re going to achieve that by securing the entrances and exits on campus.”

Clark has been looking to prevent students from arriving late as well as having a better understanding of who is and who isn’t on campus, according to Landisi.

Landisi also stated that the student parking lot gate will now be locked at 8 a.m., so students arriving late will have to walk up New York Ave. to get to class. “That prevents undesirables and intruders from entering the campus,” Landisi said.

According to Landisi, the new front door intercom and video system will allow office staff to decide if tardy students are allowed to enter or not. The doors will be locked and late students will have to request permission to enter. For seniors arriving to school late, or don’t have a first or second period, they will have to walk up New York Ave and buzz in.

The changes have been in effect since Sept. 7.

“Our hope is to have a better sense of who’s entering the campus and who’s on campus, because one of the issues is that students and staff are here, we know who you guys are,” Landisi said. “It’s anyone we don’t know that we want to have a better accounting system for.”

One of the main reasons for the new security system is to ensure the safety of everyone on campus. “If we did have to evacuate and we knew we had 20 visitors, we’d like to know where they are, to make sure they’re safe, too,” Landisi said.

The video and intercom system applies to strangers to the campus. For students with no first or second period, they are automatically allowed on campus when arriving for their third or fourth period class; however, “if a student isn’t assigned a period, they are not even in the system to be on campus,” Landisi said.

Senior Leila Manaois said that the new rule seems a bit excessive. “I find it inconvenient for us because throughout the week it gets really hot, and instead of walking through the field we have to walk up New York Ave,” Manaois said.