Clark’s version of initiation through pancakes 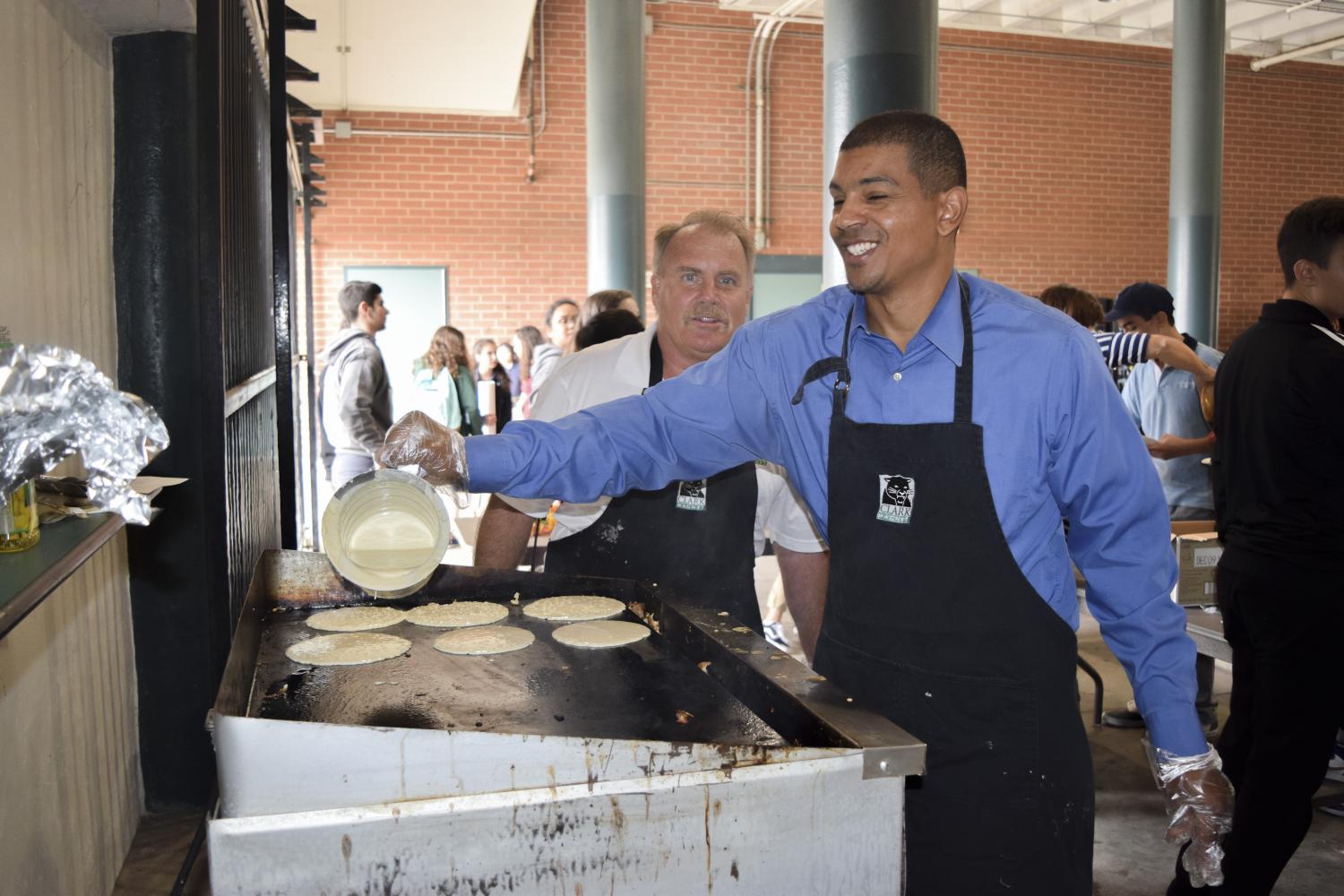 With the help of ASB members, PAC leaders and school staff, freshmen were welcomed with Clark’s annual pancake breakfast Aug. 25. After ASB teacher Elaine Snodgress made a speech welcoming the freshmen, ASB president Lara Khanjian then led the flag salute, and soon enough, the newcomers were let to go to the line based on the color of the shirt they were wearing. First, it was the freshmen wearing white shirts, then blue, then red, then green, and finally black. And in no time, students had crowded the covered area outside the auditeria as they enjoyed their pancakes and sausages.

“It’s a good way to interact with all the freshmen and get to know each other better,” said freshman Lilian Mkrtoumian who, because of the event, met new people. Many students said that the event had made them feel like an “official Clarkie.”

It wasn’t only students who were new to Clark, but also a few staff members were present, including Animation and Tech-Lit teacher Joseph Orrantia who experienced his first Clark tradition. “It looks like yummy yummy chaos,” Orrantia said. “We didn’t have freshmen pancake day back in the stone age.”

Nearly all of second period was spent with freshmen milling around and finally finding their new group of friends. Although some students were afraid to get their juice boxes from the seniors helping, some did not shy away from asking for more to help digest the delicious pancakes that they just had.

In the end, many students went back to their classes with happy smiles and a full stomach. “It’s a cool experience,” said freshman Manuel Avila. “I feel really welcomed. My grandma can cook better pancakes, though.”